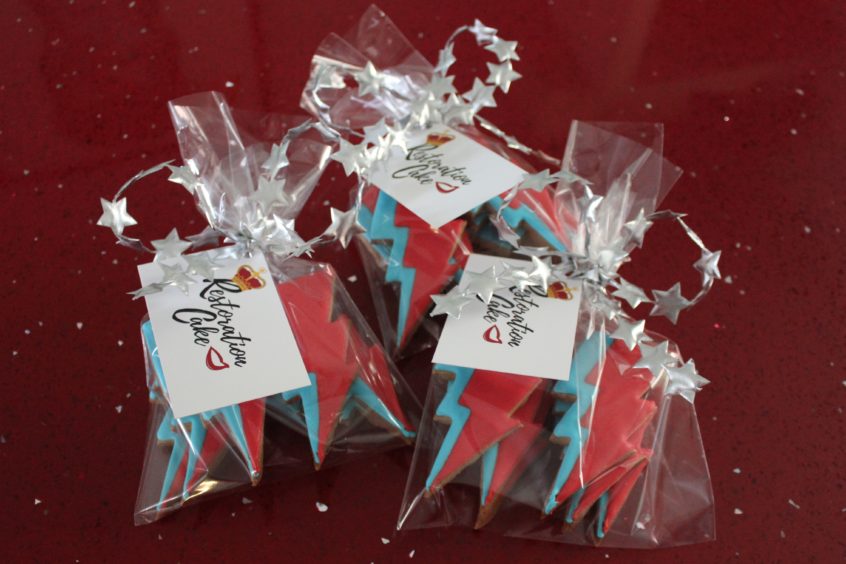 Good morning, you gorgeous lot! This is it; the countdown to the weekend starts here and forecasts are for sunshine all the way.

I am in a good mood. Several factors have contributed to this – I have a brand new shiny car (another white Fiat 500 to replace my old one!) with a fabulous stereo, my summer is looking really exciting as I head off with Foodies Festivals to host the newly relaunched Cake & Desserts Theatre, and I’ve had a healthy dose of Bowie this week. Like some people crave the sunshine to top up their serotonin levels, being so pale and strange, the music of David Bowie does the trick for me. 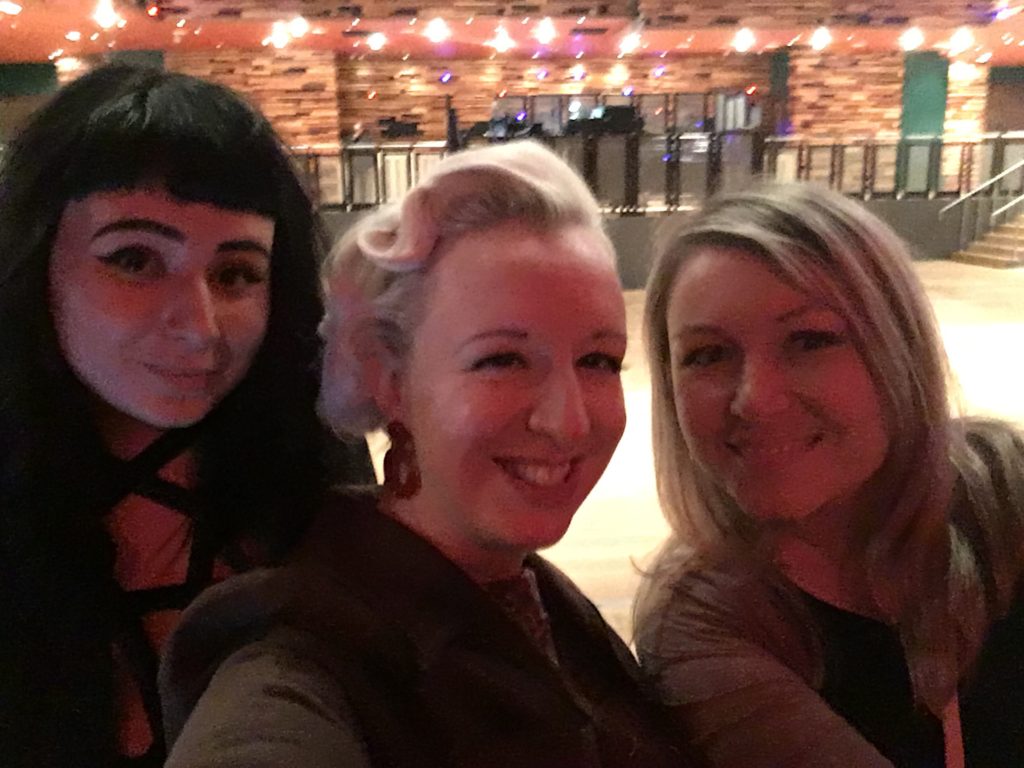 Said happy hormone was replenished fully by roadtripping to Aylesbury with fellow Bowiephiles, Leah and Emily, on Monday for an evening with Holy Holy at the Waterside Theatre. Even the car journey there was filled with the strains of Bowie tunes and the uncanny ability of three grown women to sing the saxophone parts of Young Americans. The sun was shining and spirits were high. Parking secured, dinner wafted, we headed over to the theatre and planted ourselves firmly on the crash barriers for full immersion into the music. 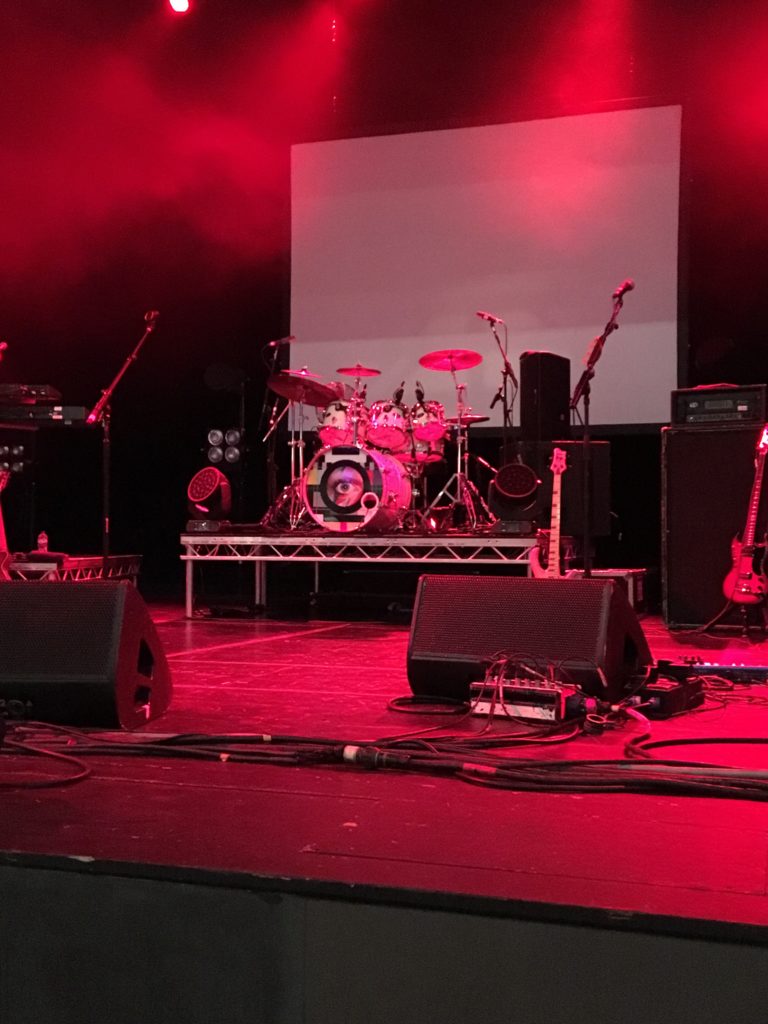 For those of you who have not come across Holy Holy (and for those who are perhaps not quite so obsessed with David Bowie as your humble narrator), the band is a project comprised of Bowie alumni, originally put together by Tony Visconti, a long-serving collaborator of whom I have already written on this blog so click here and I’ll not get gushy again, and Woody Woodmansey, drummer with The Spiders from Mars (Bowie’s original glam era band). The band formed to tour The Man Who Sold the World, an album that was never originally toured, and now they were back to play The Rise and Fall of Ziggy Stardust and the Spiders from Mars.

Fronted by the charismatic Glenn Gregory of Heaven 17, clearly another Bowiephile with impressive vocal chords to match, no impersonations were thrown around but the music kept faithfully alive for a crowd comprised of those lucky enough to have seen Bowie on stage and those who weren’t. What Holy Holy cannot possibly imagine is how grateful we are to them for keeping the music that we love alive – in its raw and real state, reassuringly ramshackle with the odd balls-up adding to the atmosphere of the evening. 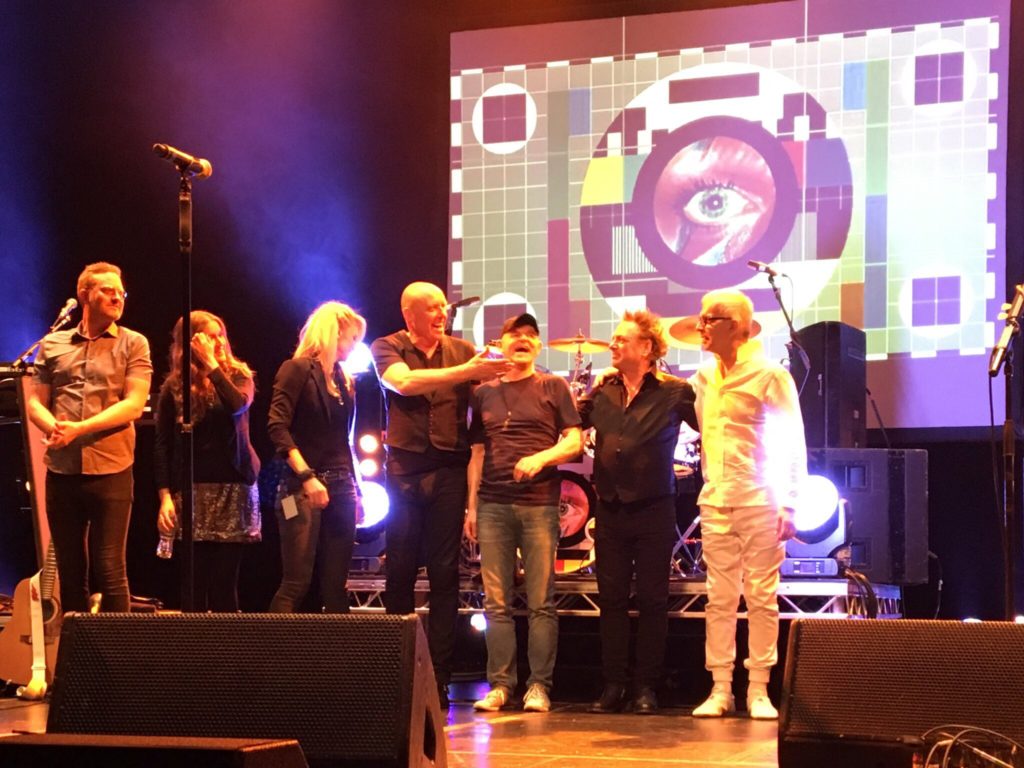 I was lucky enough to see Bowie play live once on his Reality tour in 2003. In that same year I saw Lou Reed and Iggy Pop. As Sinatra said, “it was a very good year.” I would have seen him more but being born in 1982 meant that I missed out on quite a bit. I’ll not out my friends except to say that Emily missed out; despite being a huge fan, Reality being the last tour and she being too young to go. I have another friend who went to see Bowie play in Scotland, travelled up there, he pulled out due to ill health and that was that. He was just one man and we are so many, new fans being born all the time in a continuity that I would find creepy if it weren’t for my love of The Doors, The Beatles, Groucho Marx, William Shakespeare… all of whom were gone but not forgotten before I got here. I’ve even stolen most of my style from Marilyn Monroe. True icons can never really die. 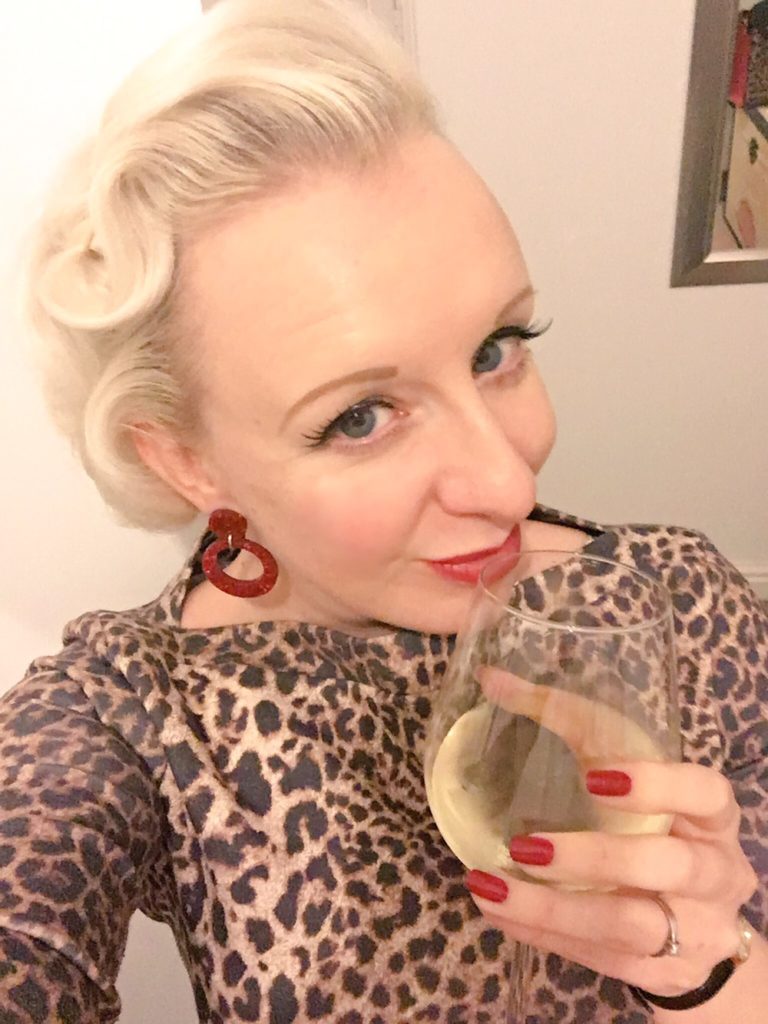 So wired was I that I needed a glass of wine to chill out before bed!

If you love the music of David Bowie, I urge you to catch Holy Holy if you can. If you cannot catch them live on this tour, console yourself by whipping up a batch of Bowie Lightning Flash Cookies because there are few things that cannot be made better with biscuits. 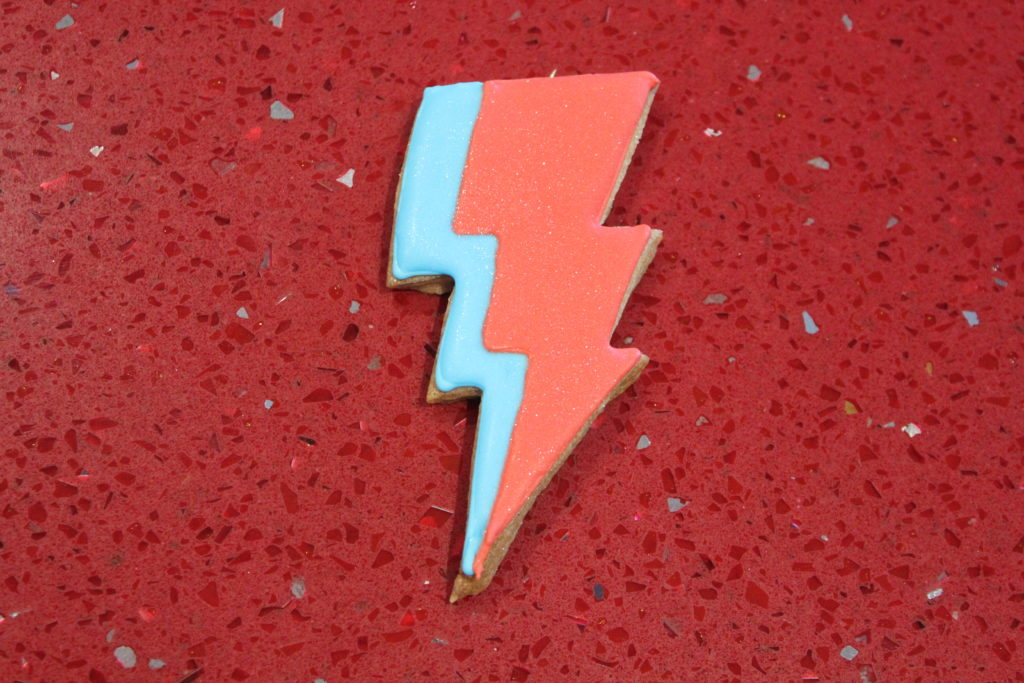 If you are not a fan of David Bowie, I am sure that you will have stopped reading by this point! In all seriousness, the cookie recipe contains a method and recipe that can be adapted for any shape and any decoration that floats your boat. Go for it…