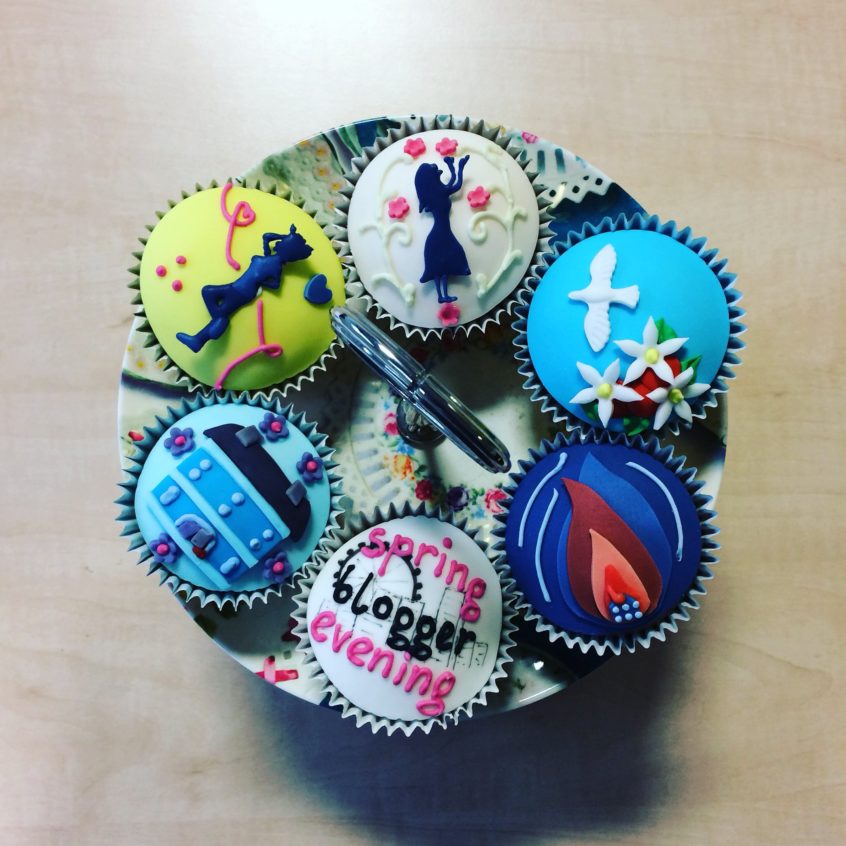 Last week ended up being insanely busy. This was not because I took on any more work than I had scheduled, but rather that I got a little more involved in a job than I had originally planned. This kind of thing happens all the time! Some commissions fire my interest so much so that any consideration of time goes right out of the window.

I was contacted by the rather lovely Sara-Jade, otherwise known on Twitter as the Book Minx, from Books and the City with a request for cupcakes. The event was an evening for bloggers to meet with the authors of five new paperback titles, listen to a panel discussion, and drink prosecco. Sara-Jade was keen to avoid the edible-printed book jacket cupcake toppers that, though very popular, they have had before on numerous occasions. Something different was required. 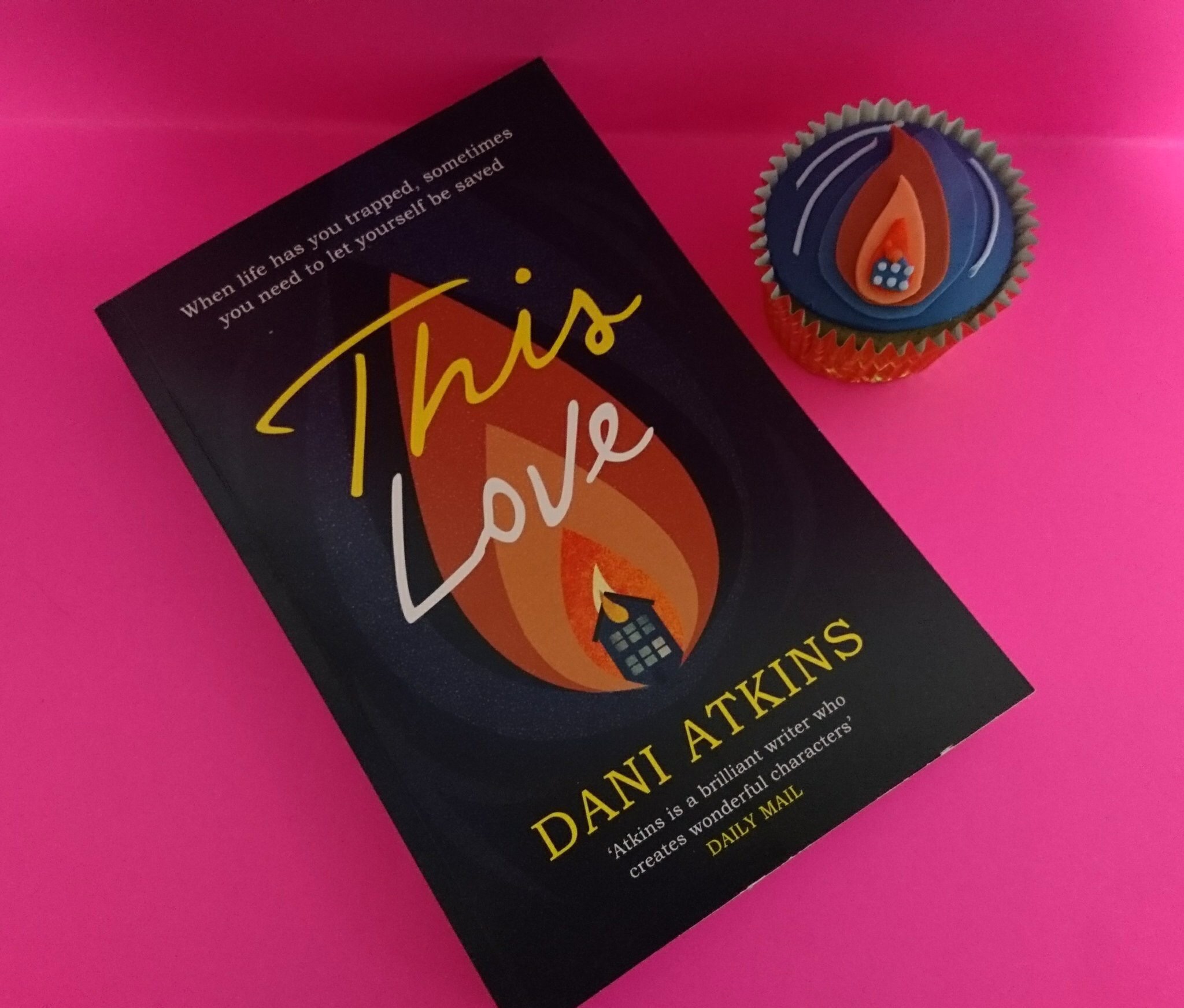 Luckily, the illustrated book jackets provided plenty of inspiration so I worked in mixed mediums of sugarpaste and royal icing to recreate elements of each design on the cupcakes. 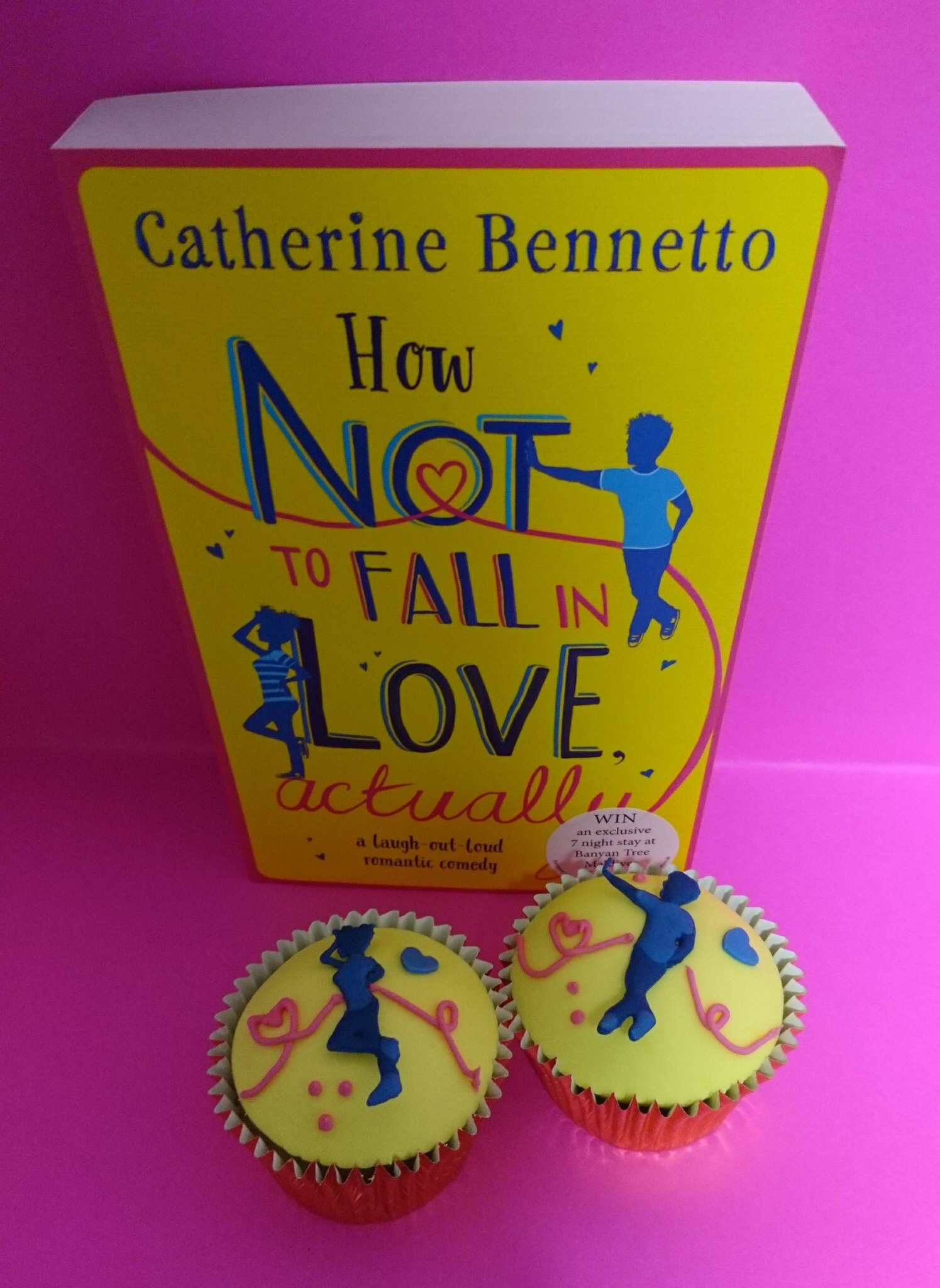 My favourite designs incorporated tiny royal icing ‘run outs’. These are created by piping royal icing over a template placed within a plastic wallet; when the icing is dry, the shape can be carefully lifted away from the plastic and placed on the cupcake. This delicate process allows complete control to recreate the most intricate shapes. 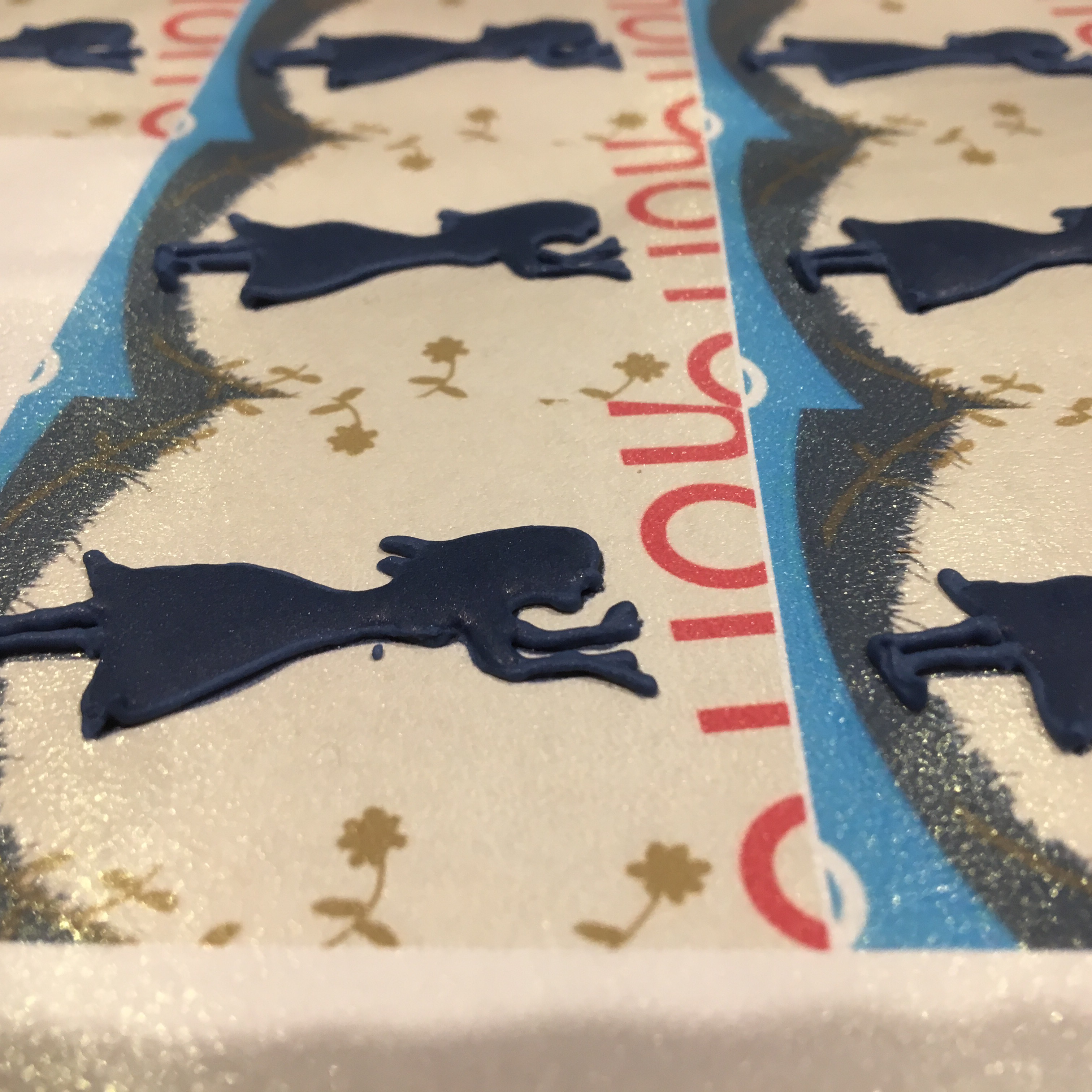 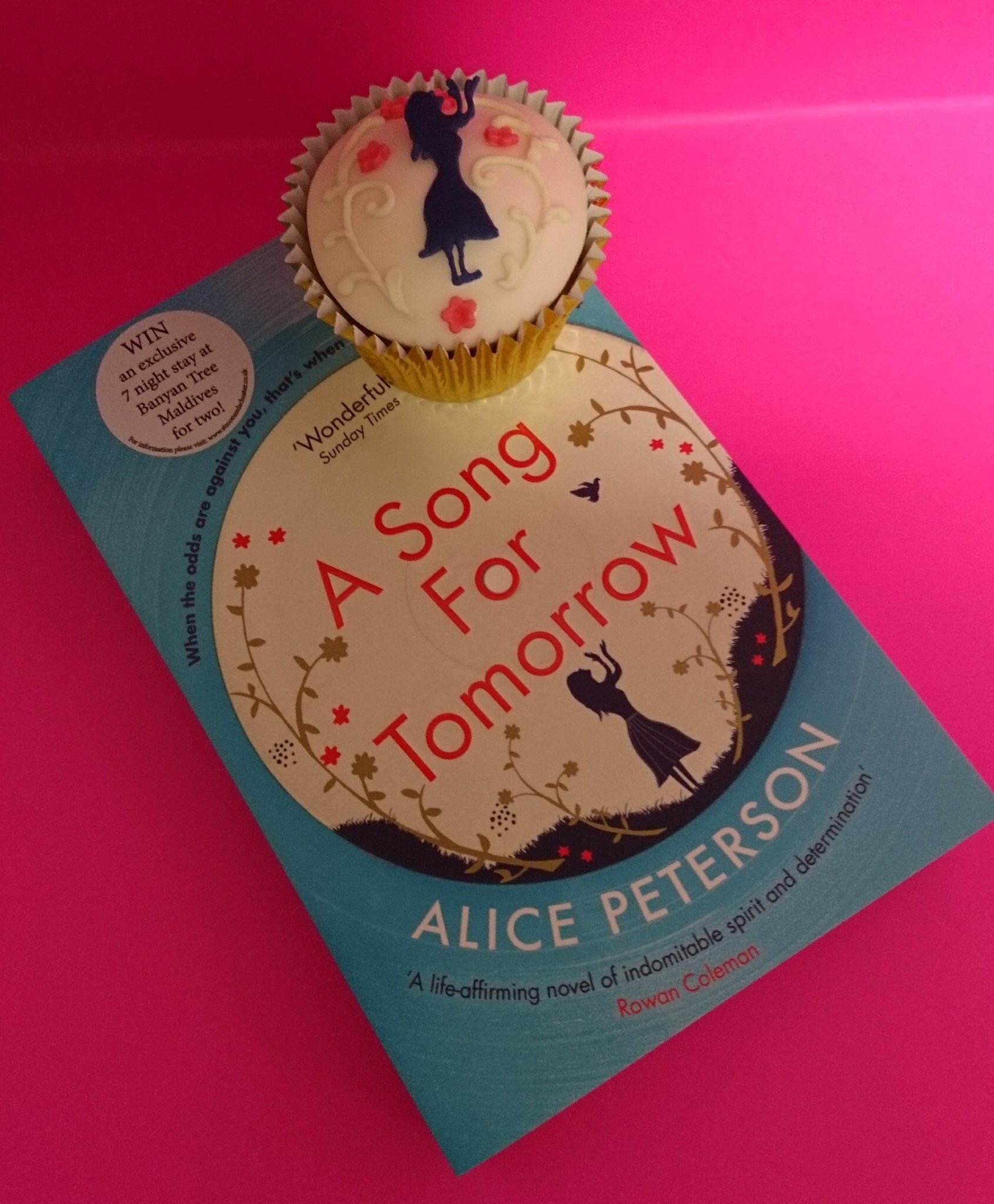