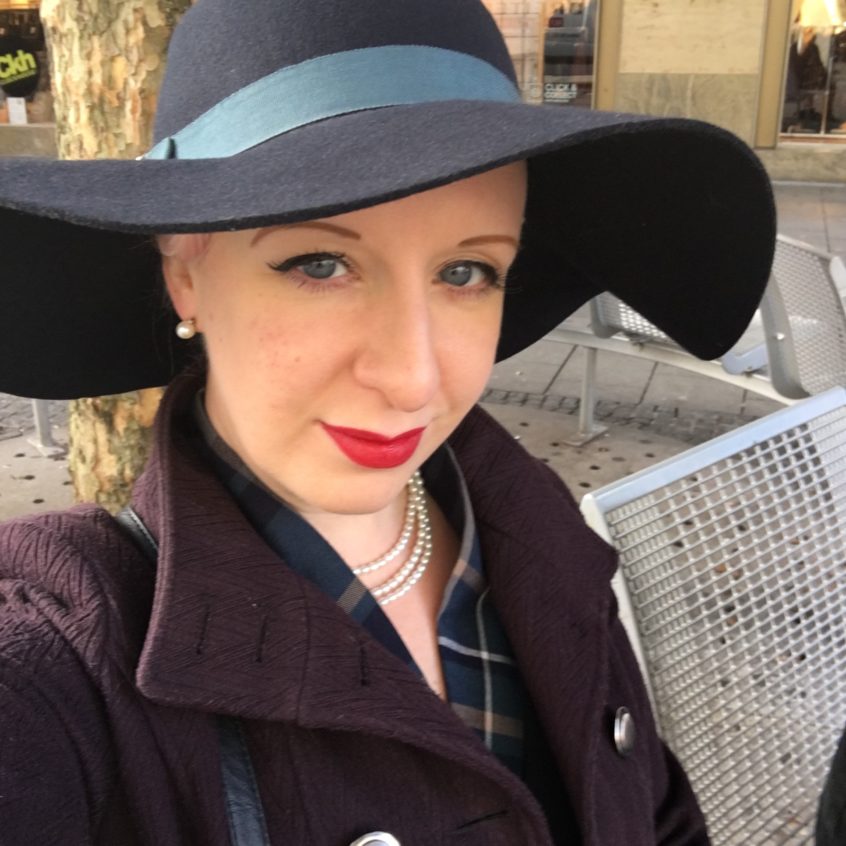 It’s been a week since we returned from our Munich adventure and what an adventure it was. 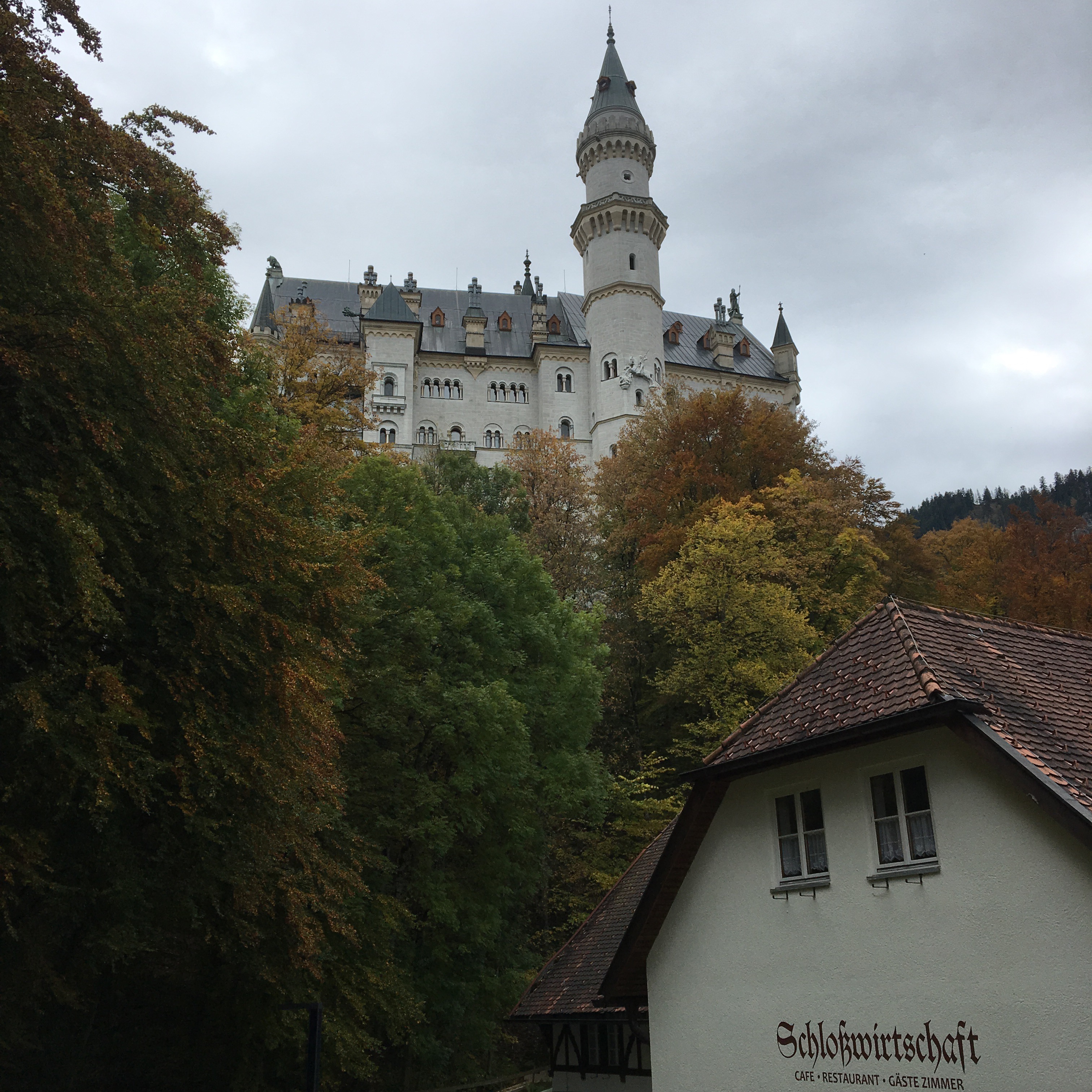 We took the train out to see the castle of Neuschwanstein, the rather beautiful brainchild of King Ludwig II of Bavaria. It was sold out. Turns out that while I am writing about dead Bavarian Kings and feeling all niche, I am about as alternative as a 13yr old emo kid in a Cure t-shirt. Book in advance! We walked up to the castle and around the grounds, which was more than worth it for the views. 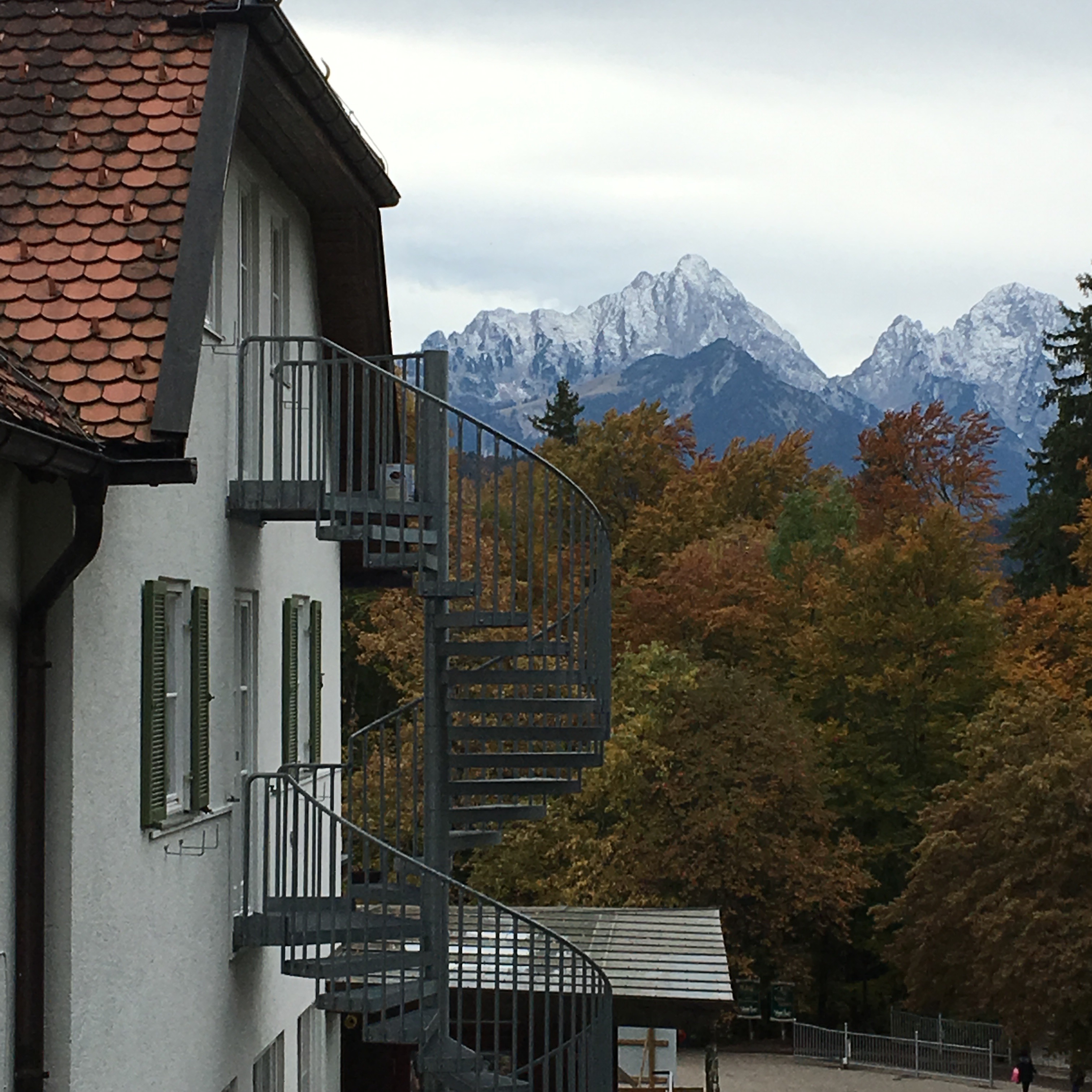 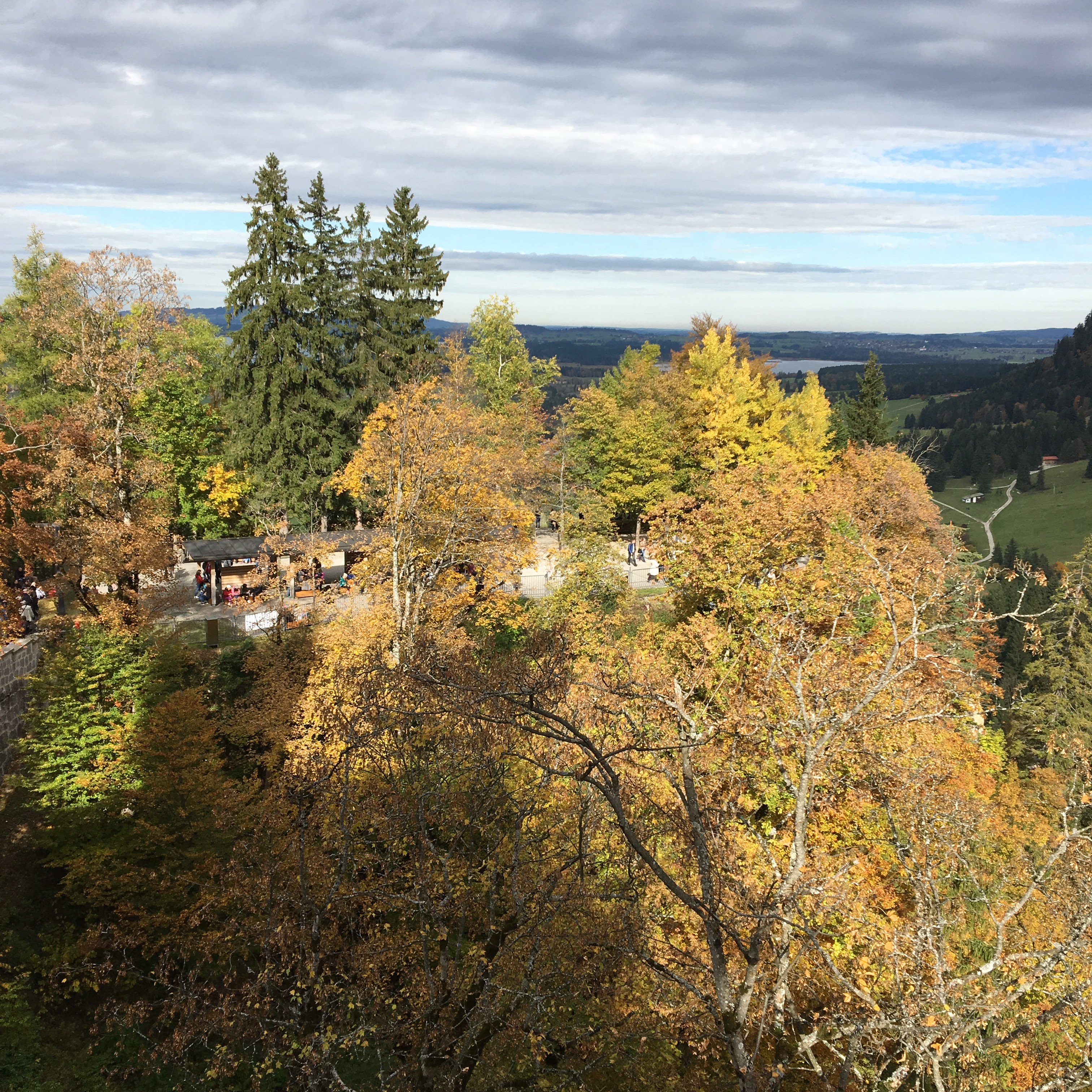 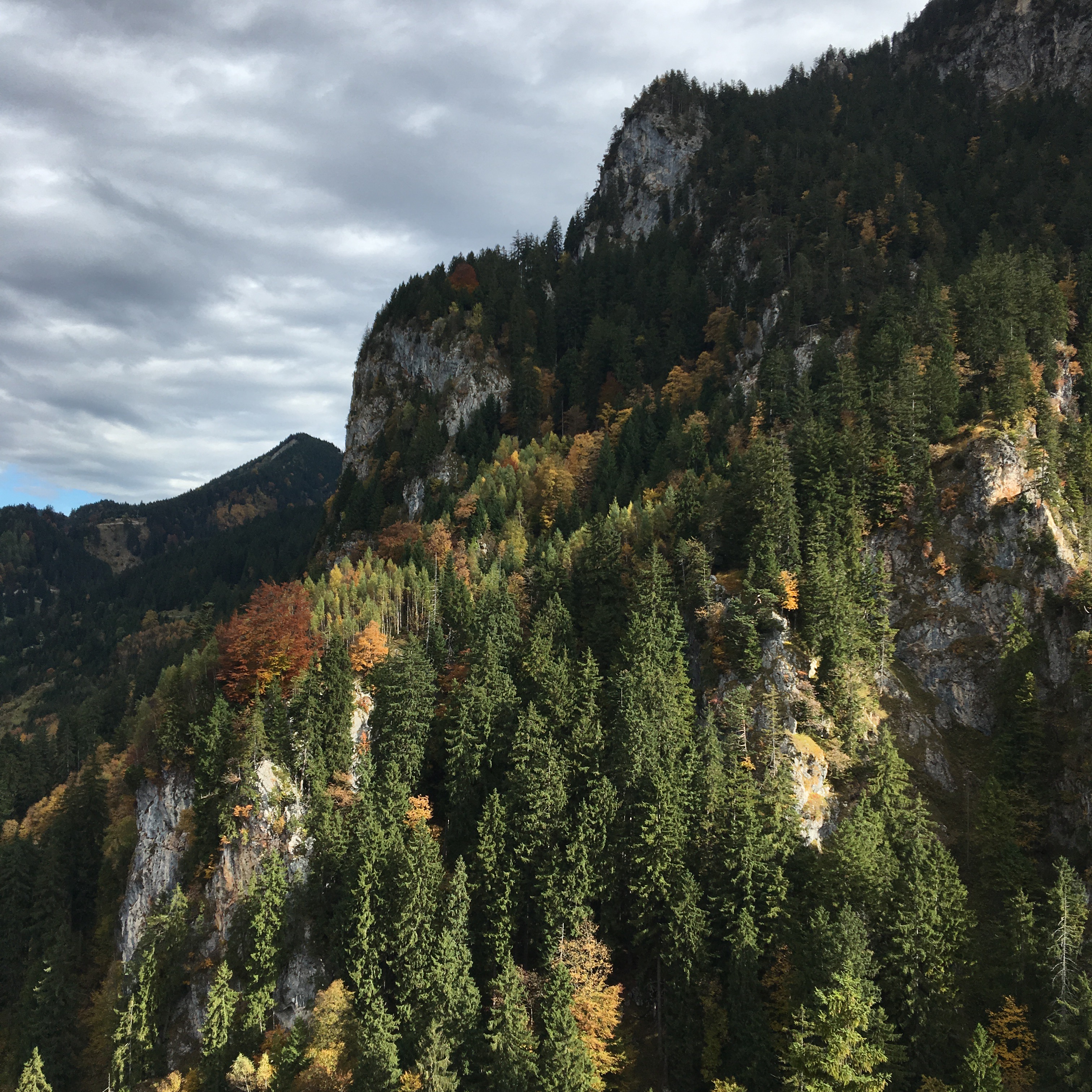 Out of our disappointment came inspiration. We visited Ludwig’s childhood home of Hohenschwangau Castle and saw the vantage point that the future King had over his dream castle. There was a telescope set up to show where Ludwig would watch construction from the window. This lived-in castle was so beautifully furnished and decorated that it gave me some great ideas for cake designs… I see everything in icing! 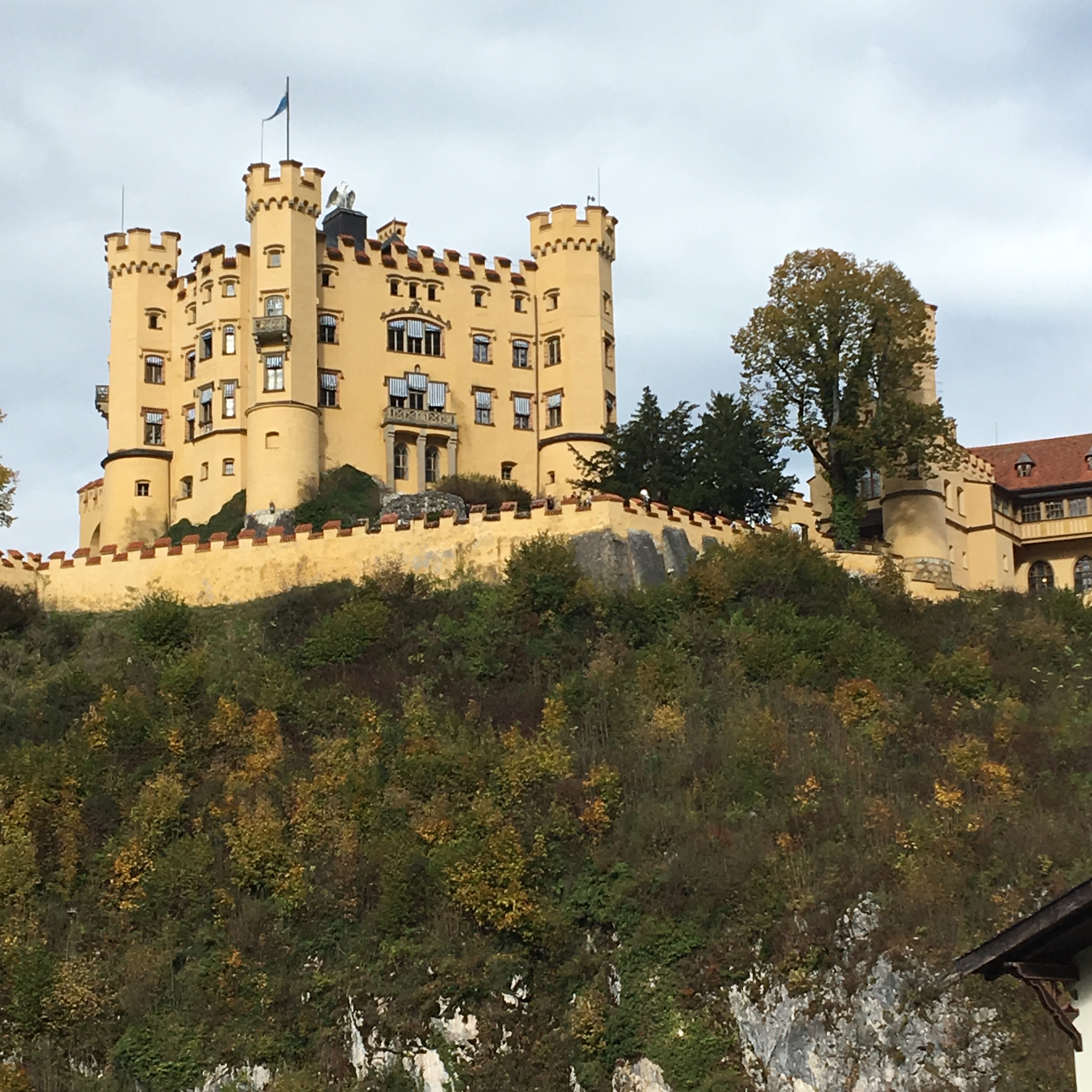 No photos were allowed inside the castle so I was very glad of my notebook, pencil, and a 2 hour train journey back into the centre of Munich to write down my ideas. 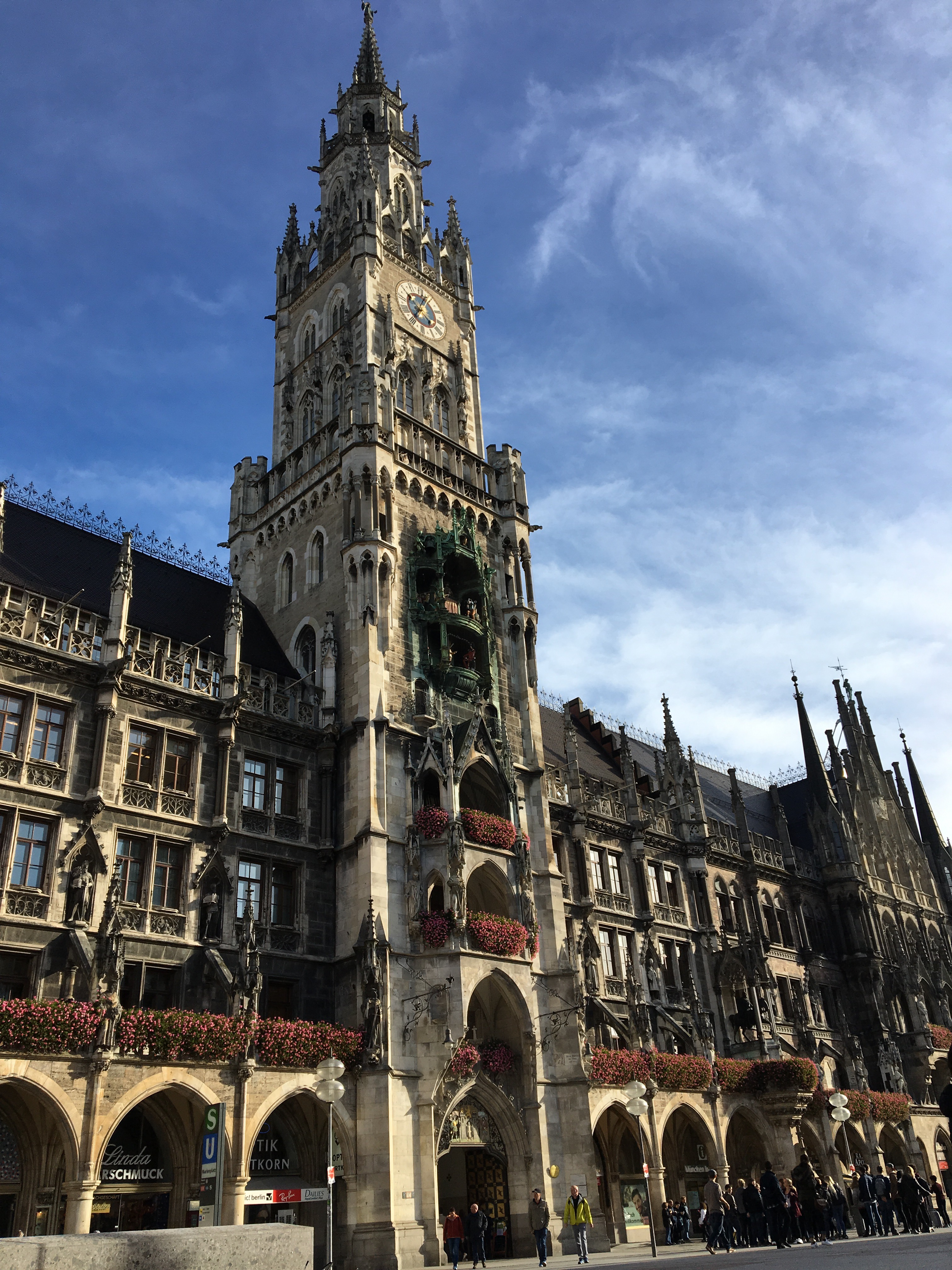 Undoubtedly the best way to see a new city is on foot and an organised walking tour, with a theme, suits me down to the ground. Chris and I went on a 3 hour walking tour of Munich learning all about the rise of the Third Reich. Now, I know that this sounds terribly morbid but I think that it is more important than ever to know your history – not just the lovely shiny bits about Kings and Queens, but the recent stuff, the stuff no-one really wants to talk about or think about. 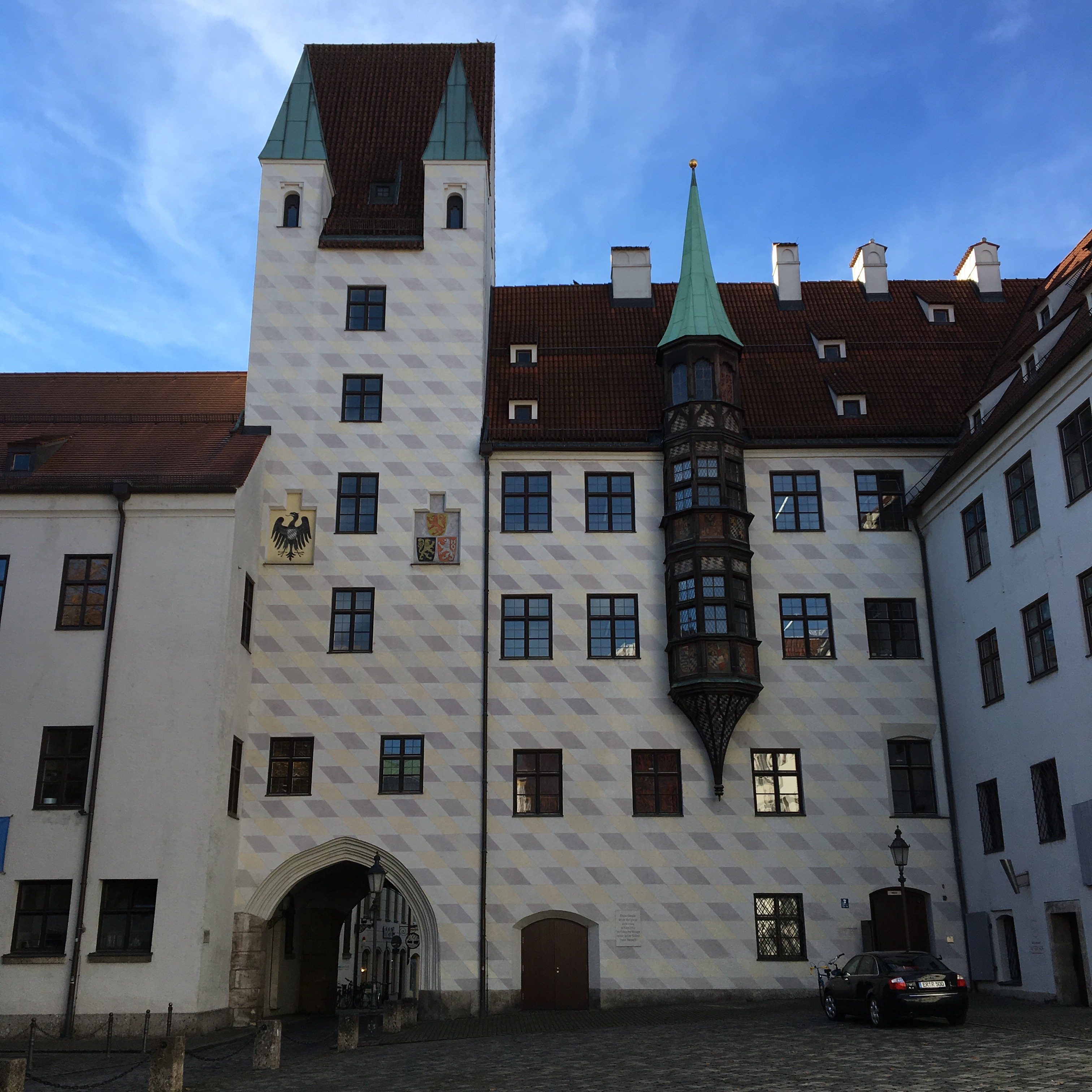 As our tour guide told us, Munich likes to think of itself as a “beer and relax place,” with friendly people and tolerant views. How was it then that this became the birthplace of the Nazi party? A heartbreaking story when you know the outcome but its beginning was easy and familiar; hate and fear. Add to this a recession, poverty, the demonising in the press of an entire religion and race… 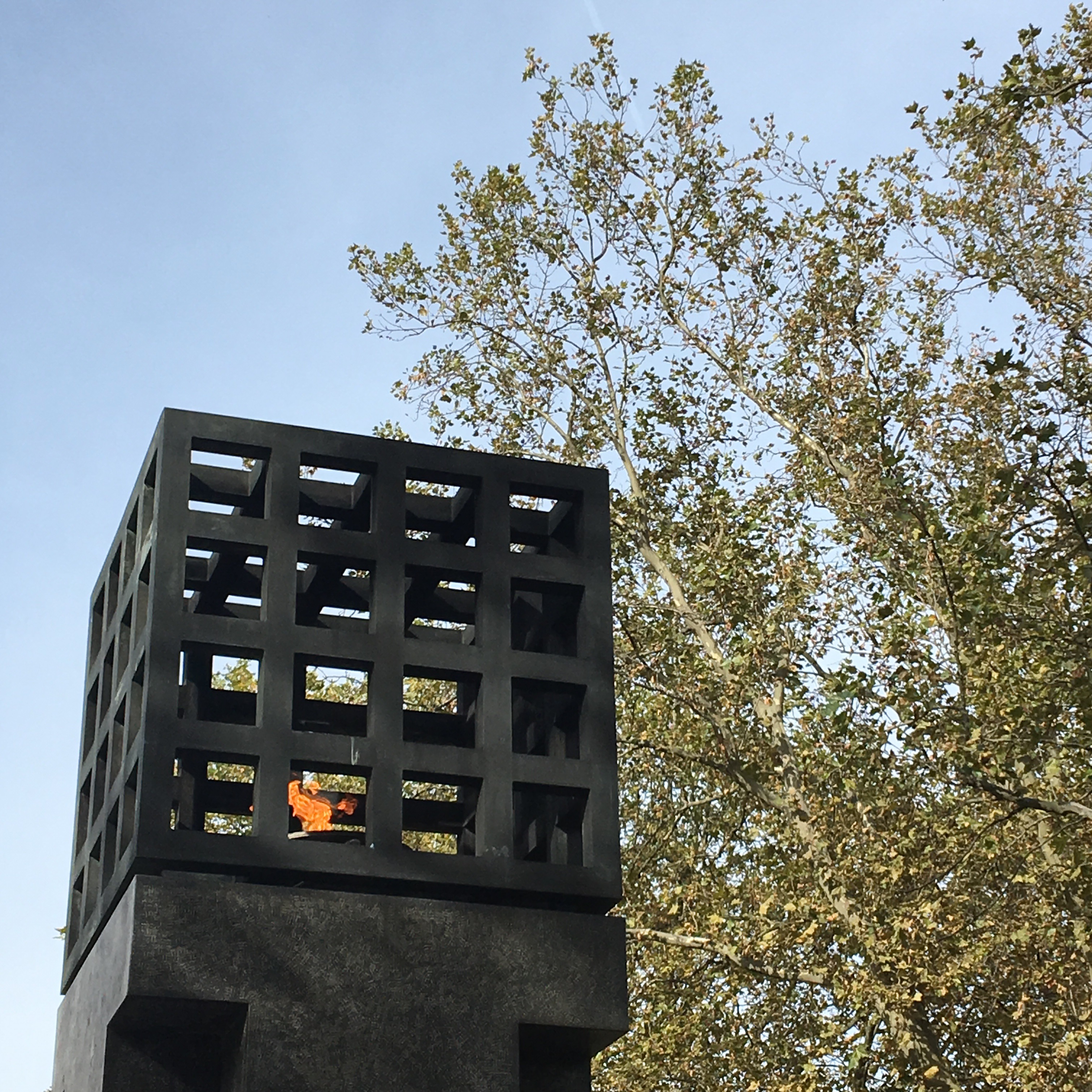 Eternal flame burning for the victims of National Socialism

The resistance in Munich were ultimately doomed but remembered by the city with understandable pride. Our tour guide spoke with sadness about the resurgence of the far right across Europe and in some extent the negative politics in America. She especially expressed sadness about one such movement in Munich itself. She asked how they could not remember from what had gone before. 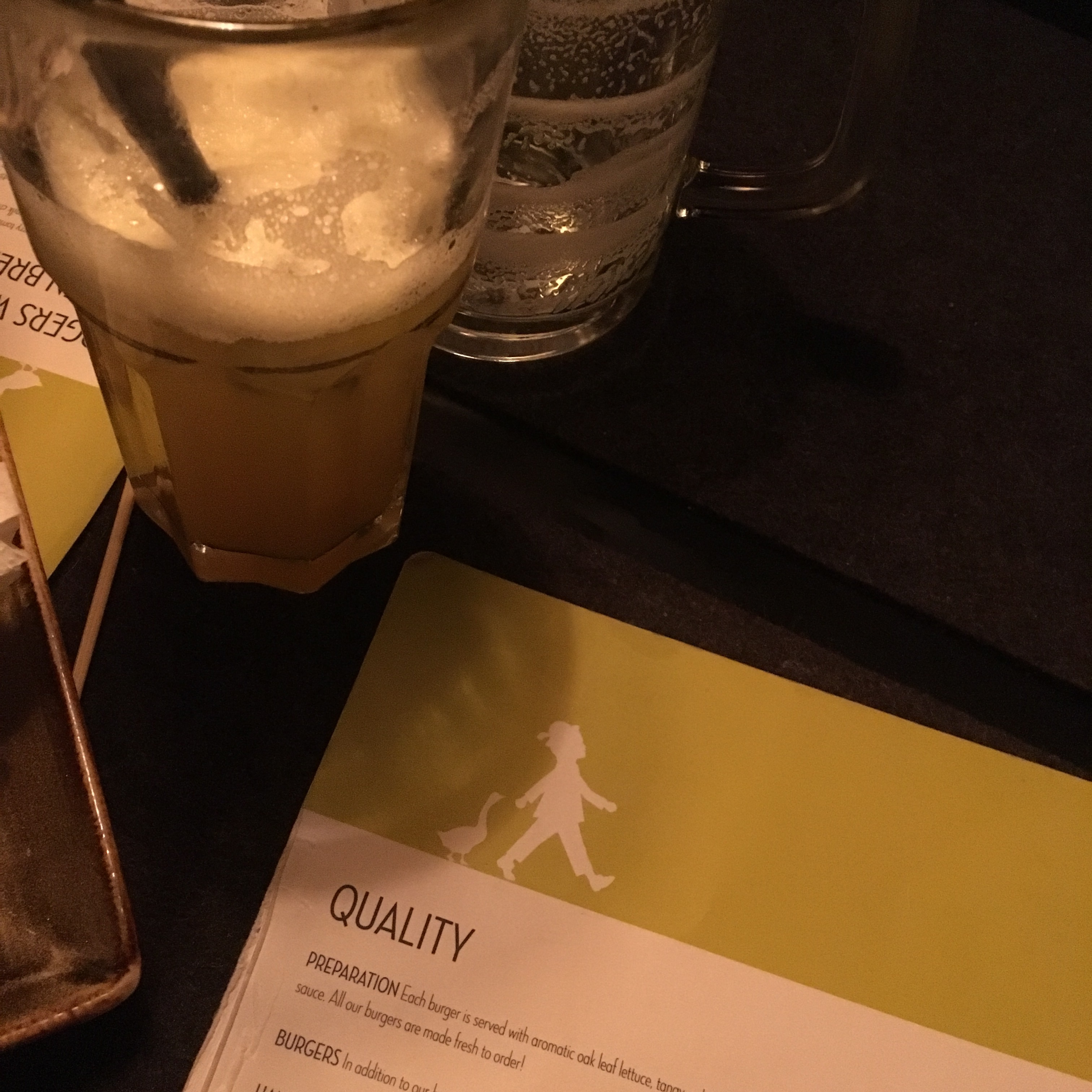 Hats off to you, Munich. The last time Chris and I were in Germany (8 years ago, also for The Cure!) we could not eat. I stuffed myself full of pastries and we sought out Italian restaurants as everything was served with meat. Everything! It was like going back to the seventies and being offered wafer thin ham as the vegetarian option. 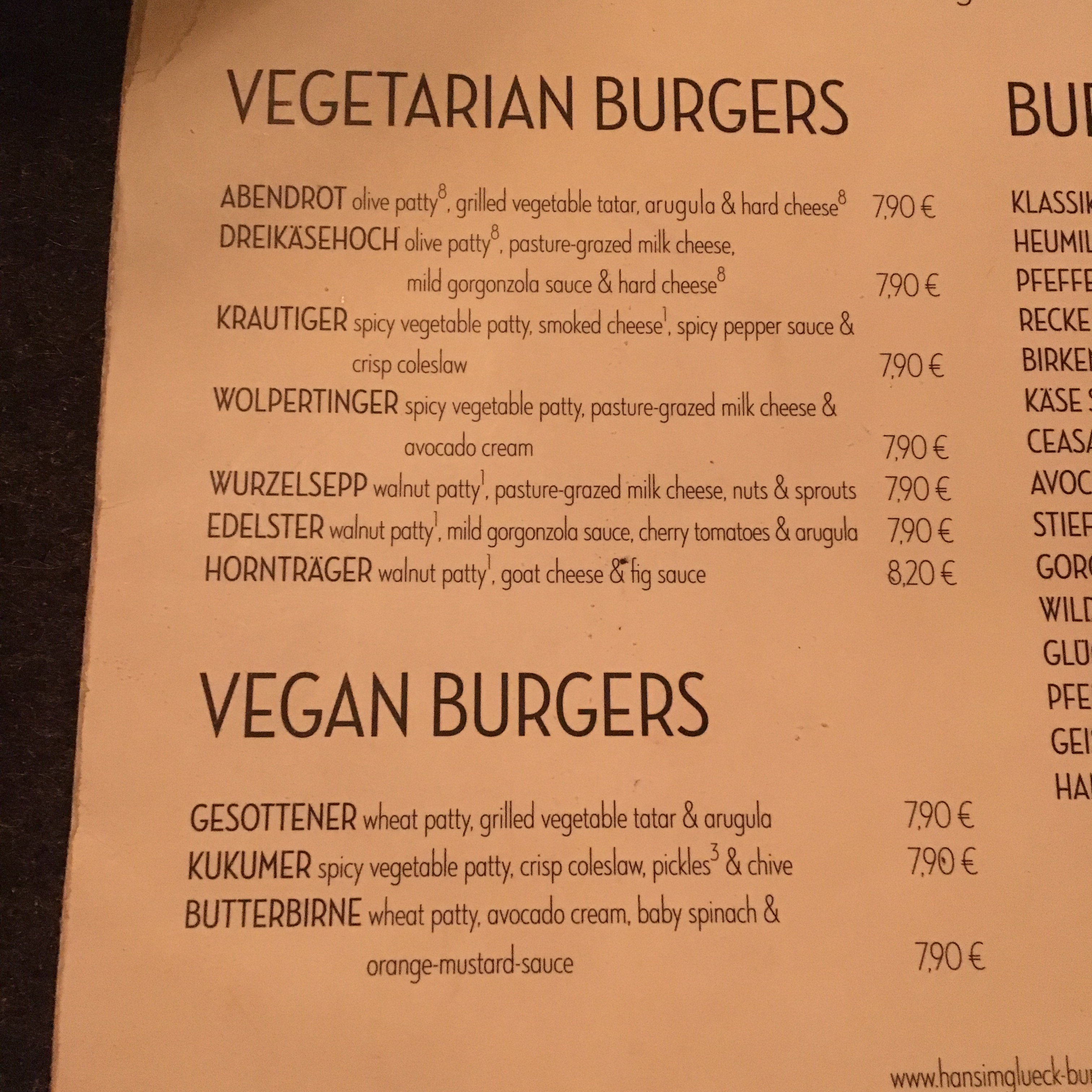 I was fully prepared for my pastry diet but I couldn’t have been further off the mark. Our first night culminated in a cocktail and a burger (that if I am 100% honest, we didn’t REALLY need at 11pm) from the incredible menu of 7 vegetarian burgers and 3 vegan burgers. You heard me right. Vegan burgers! I cannot recommend Hans im Gluck enough for travelling veggies and vegans. Delicious food that did not feel in the slightest bit virtuous or healthy! 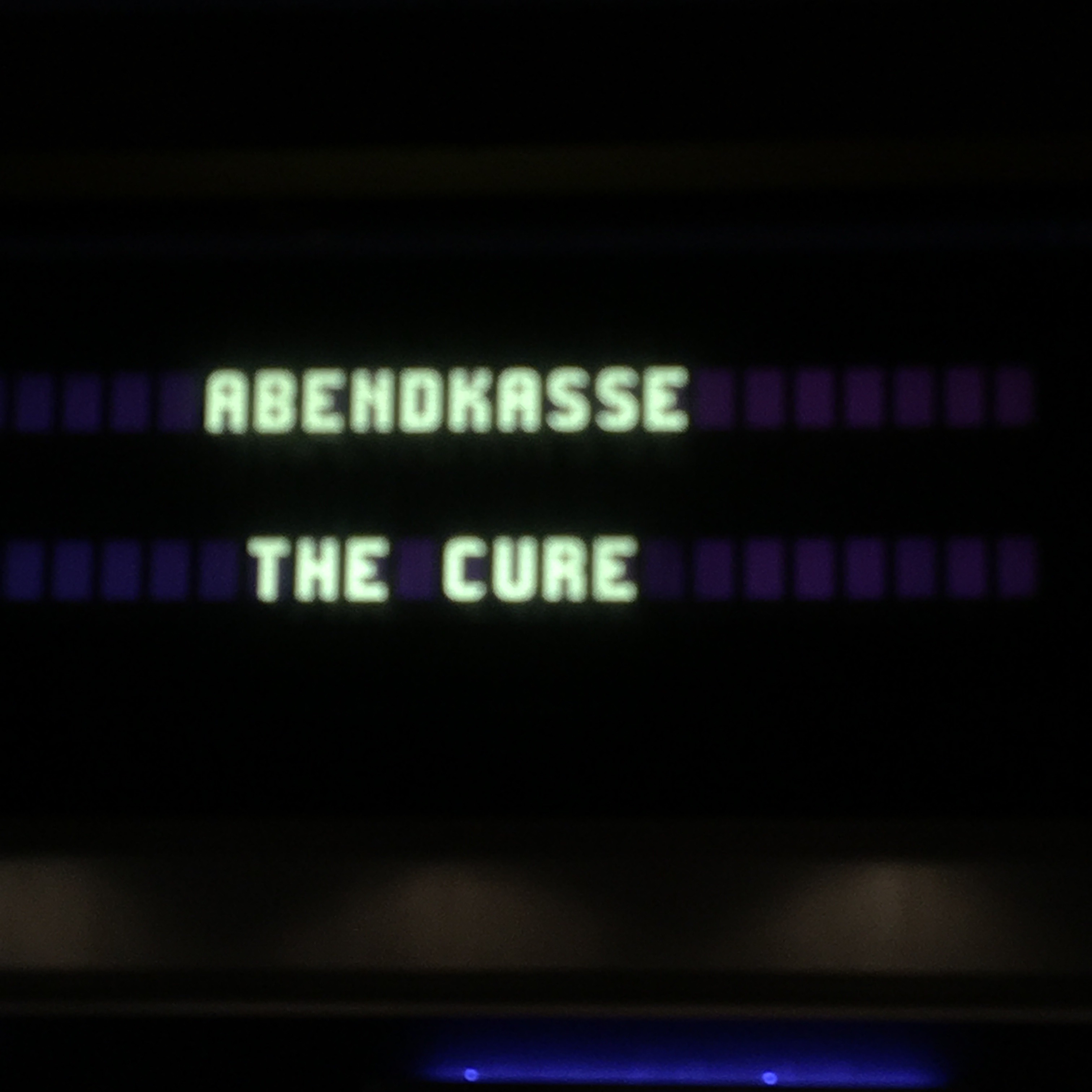 Fair to say that The Cure smashed it. I loved the atmosphere in the Olympic Stadium and, if you fancy watching it, you can see a little mini video that I took of the closing bars of Pictures of You on my Facebook page by clicking here and heading to the videos. 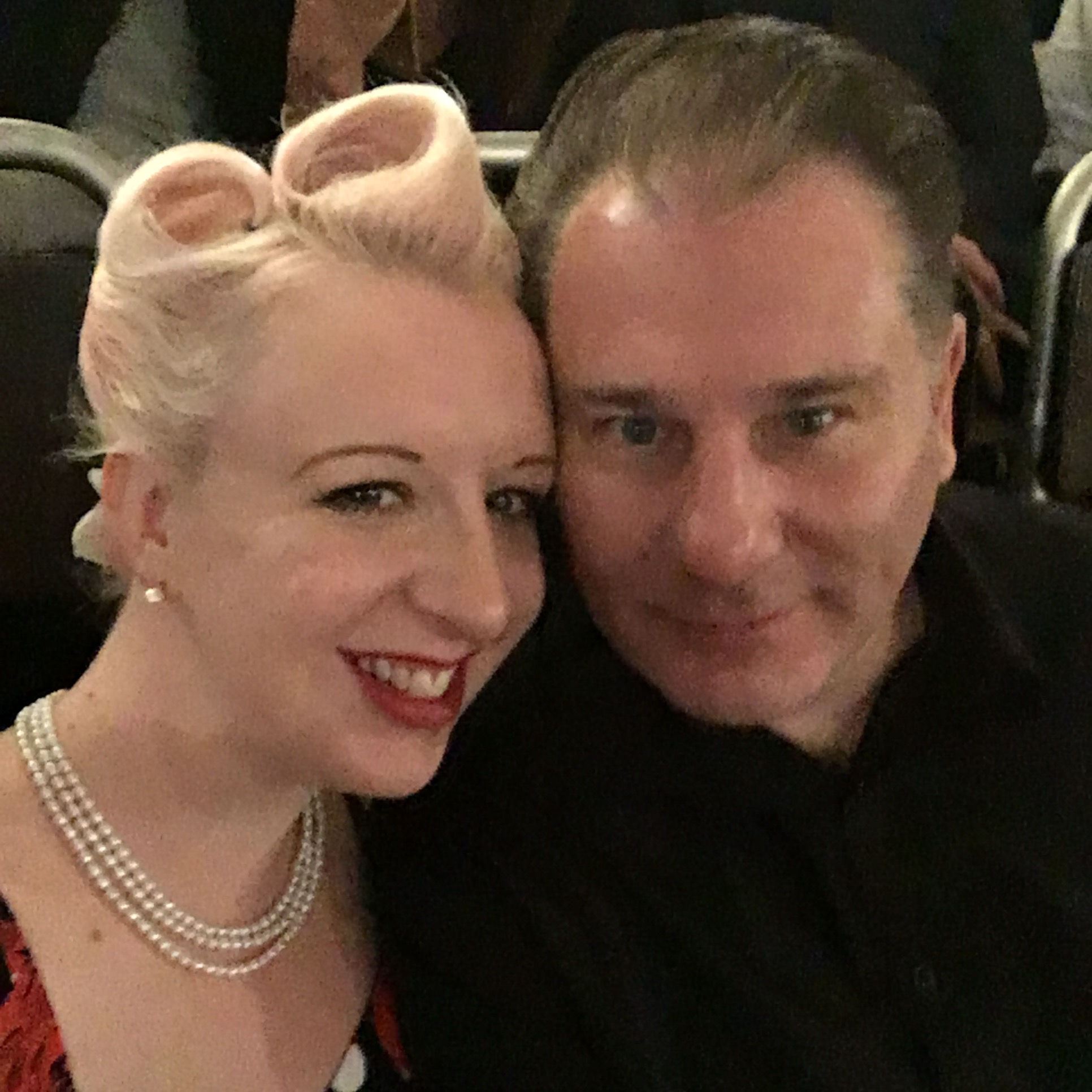 I think that Chris enjoyed his Birthday! I, for one, enjoyed the snacks on offer. Beautiful caramelised nuts, stonebaked pizzas, vegan options a-plenty. I got a pretzel the size of my head. 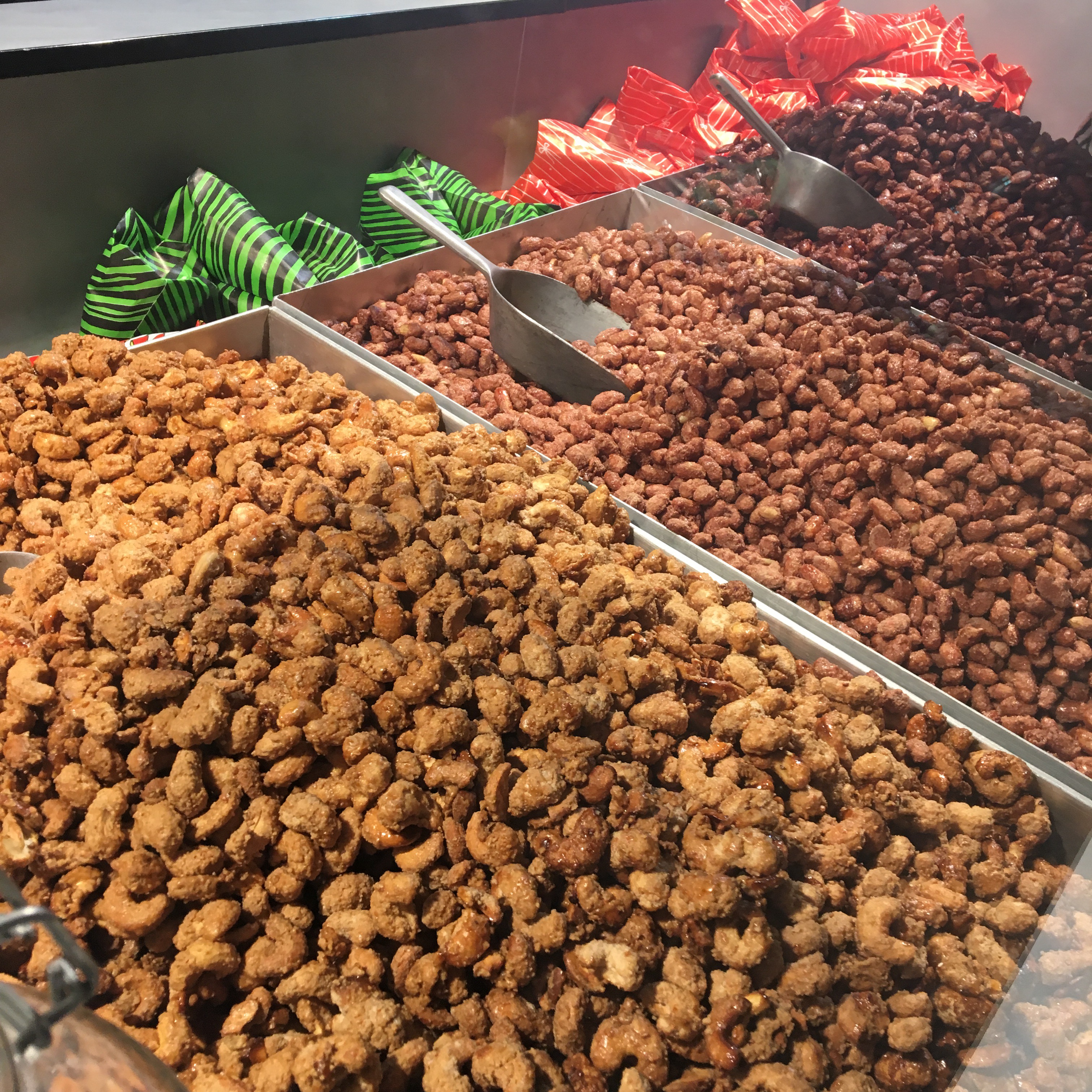 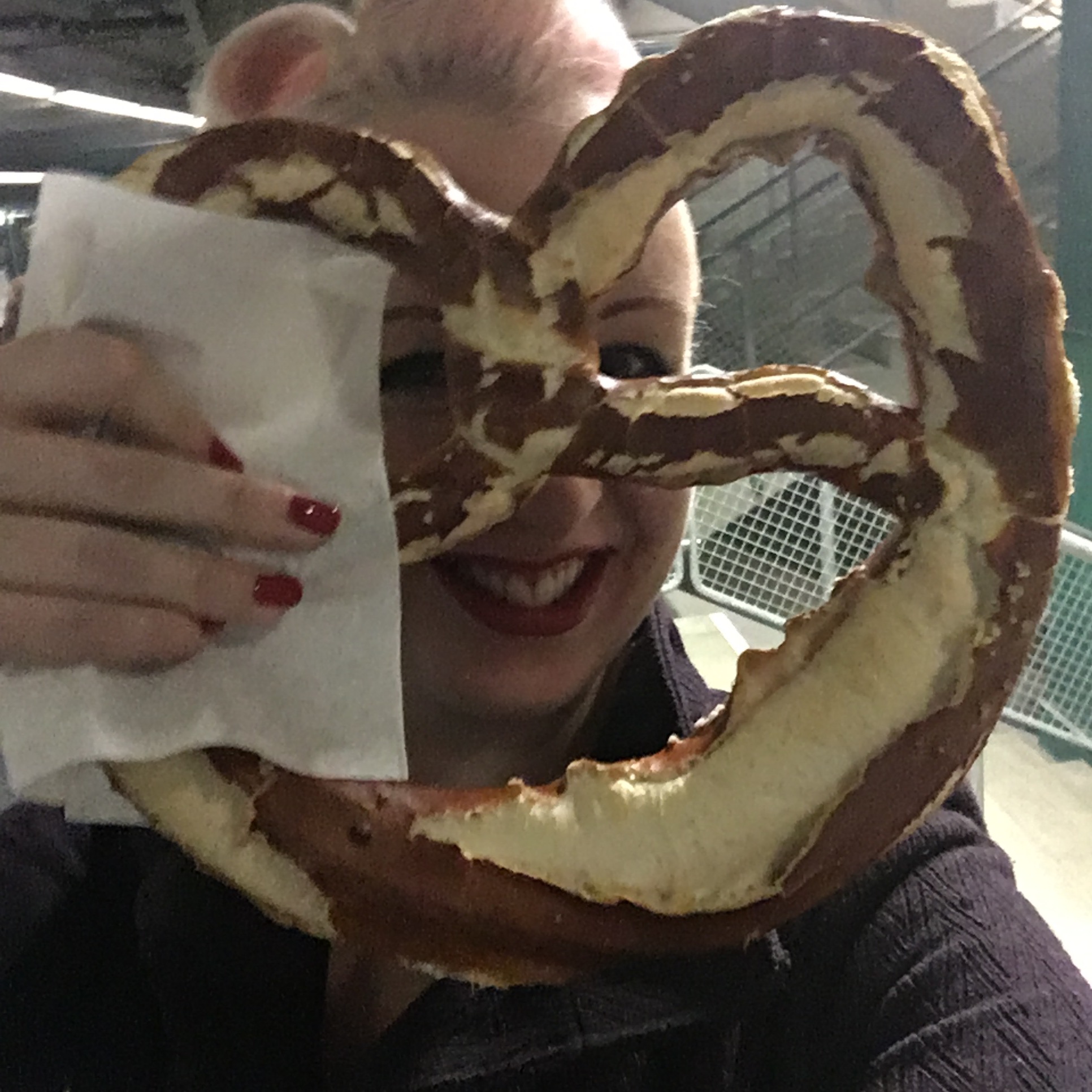 Wembley and the O2 need to buck up their ideas if you ask me.
F*ck the baking mix… 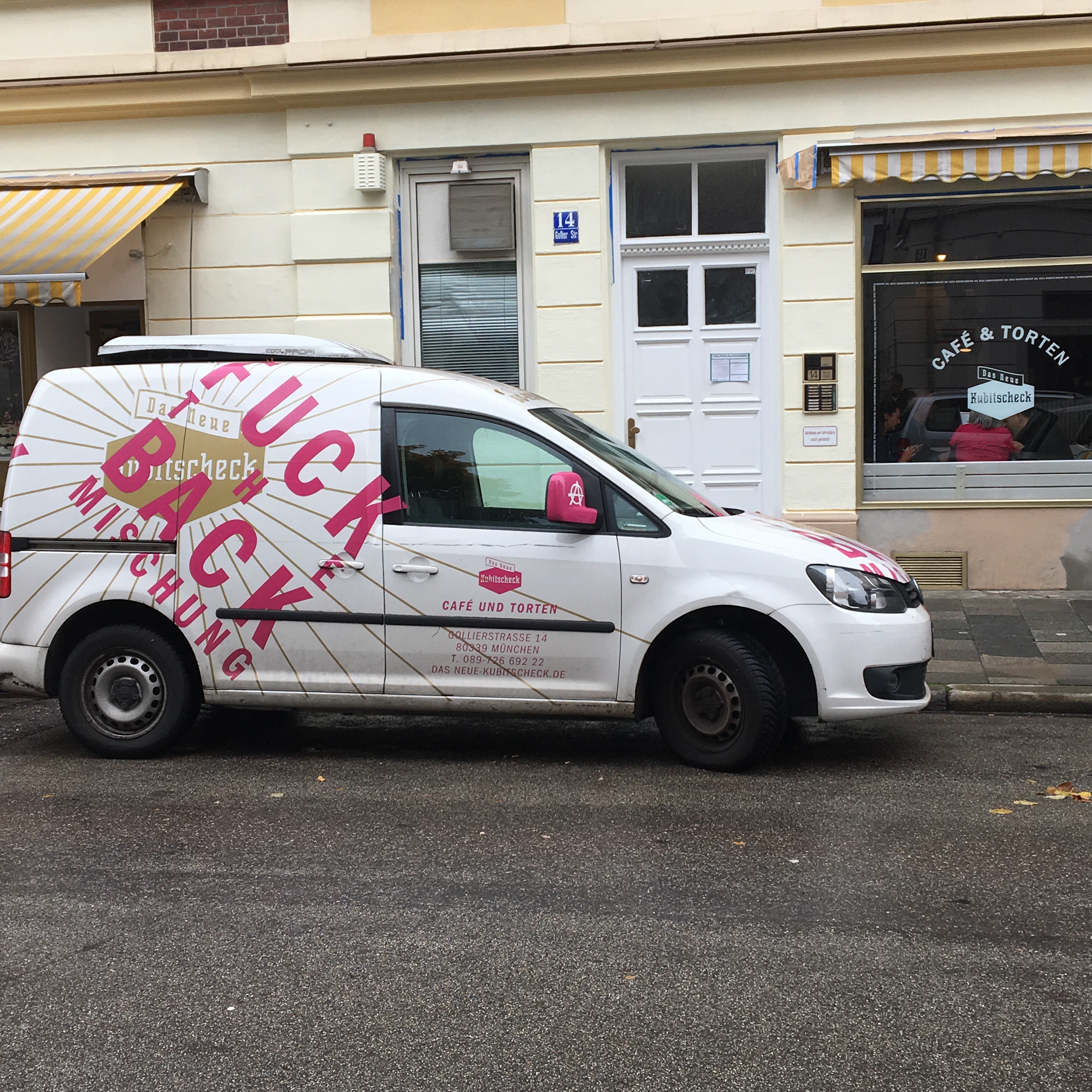 There was just time before the journey home for a little more exploring. I had the sense that there were still baked goods that I hadn’t tried yet. With only one stop possible, I wanted to go somewhere that would be memorable enough to give me a lasting taste of Munich without being run-of-the-mill. 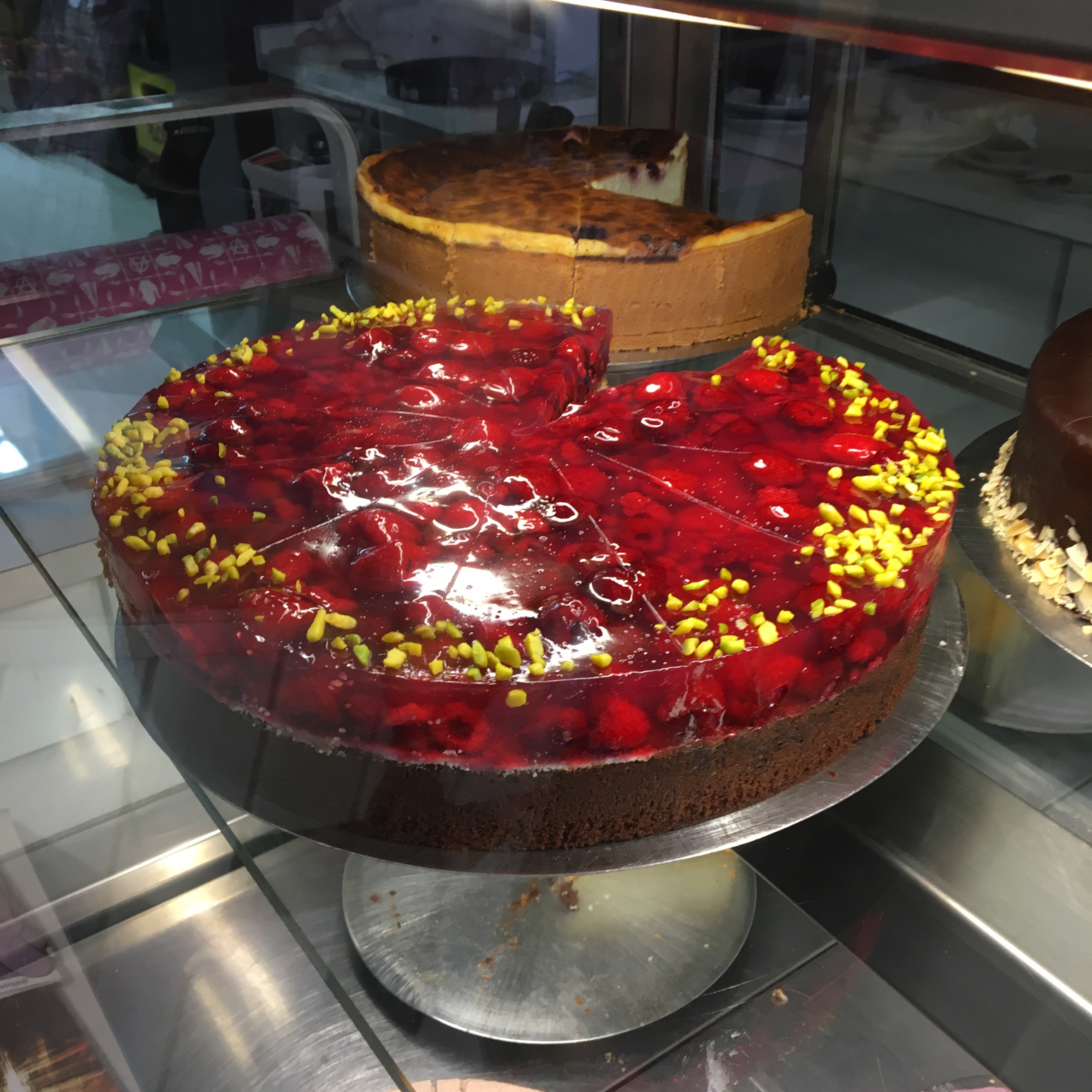 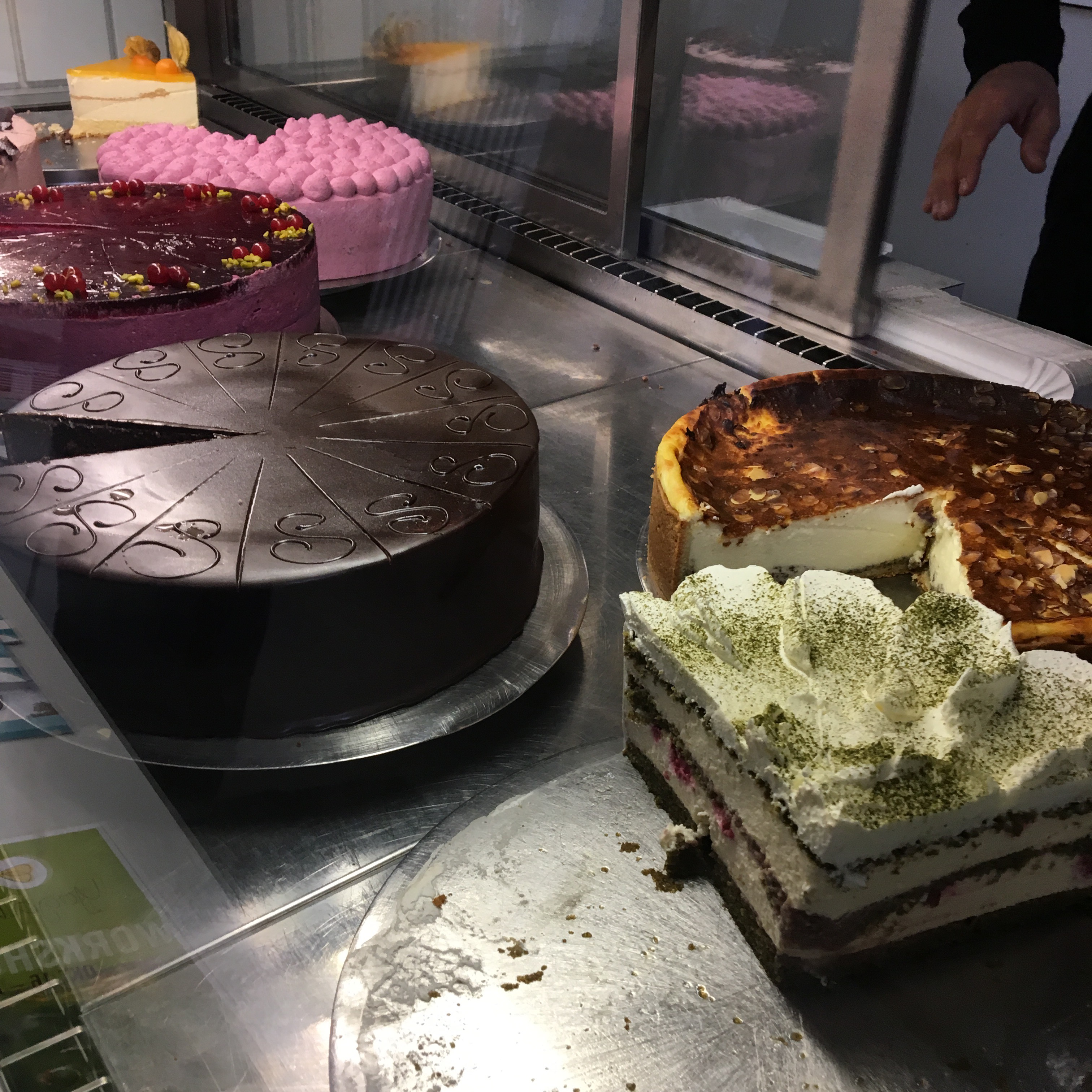 So we headed to Das Neue Kubitscheck, whose motto ‘Fuck the Backmischung’ translates as ‘Fuck the baking mix’. This was the cake shop for me. Casual obscenity? Check. Punk rock attitude and styling? Check. Great cake? Fuck yeah!
Sorry… I got carried away. 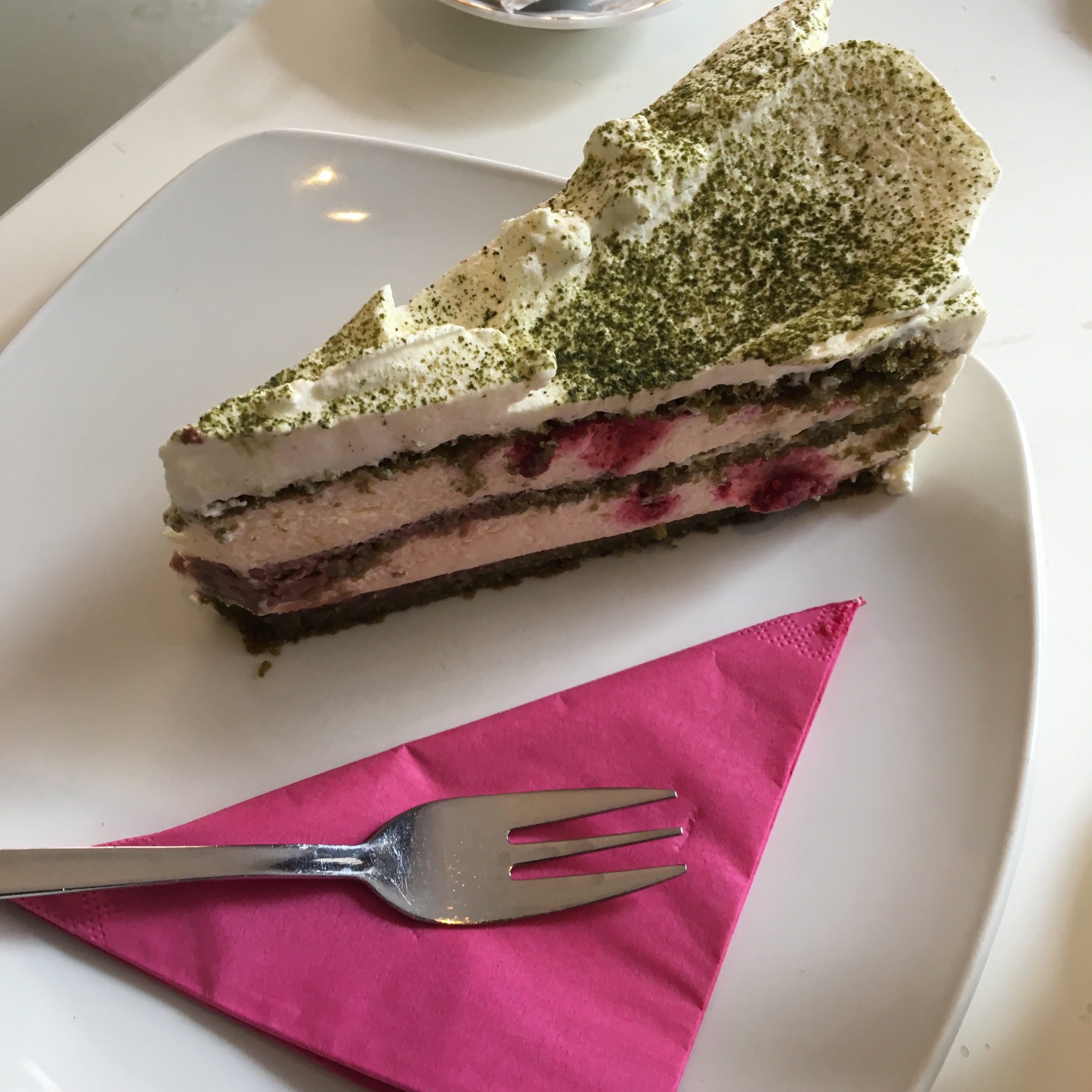 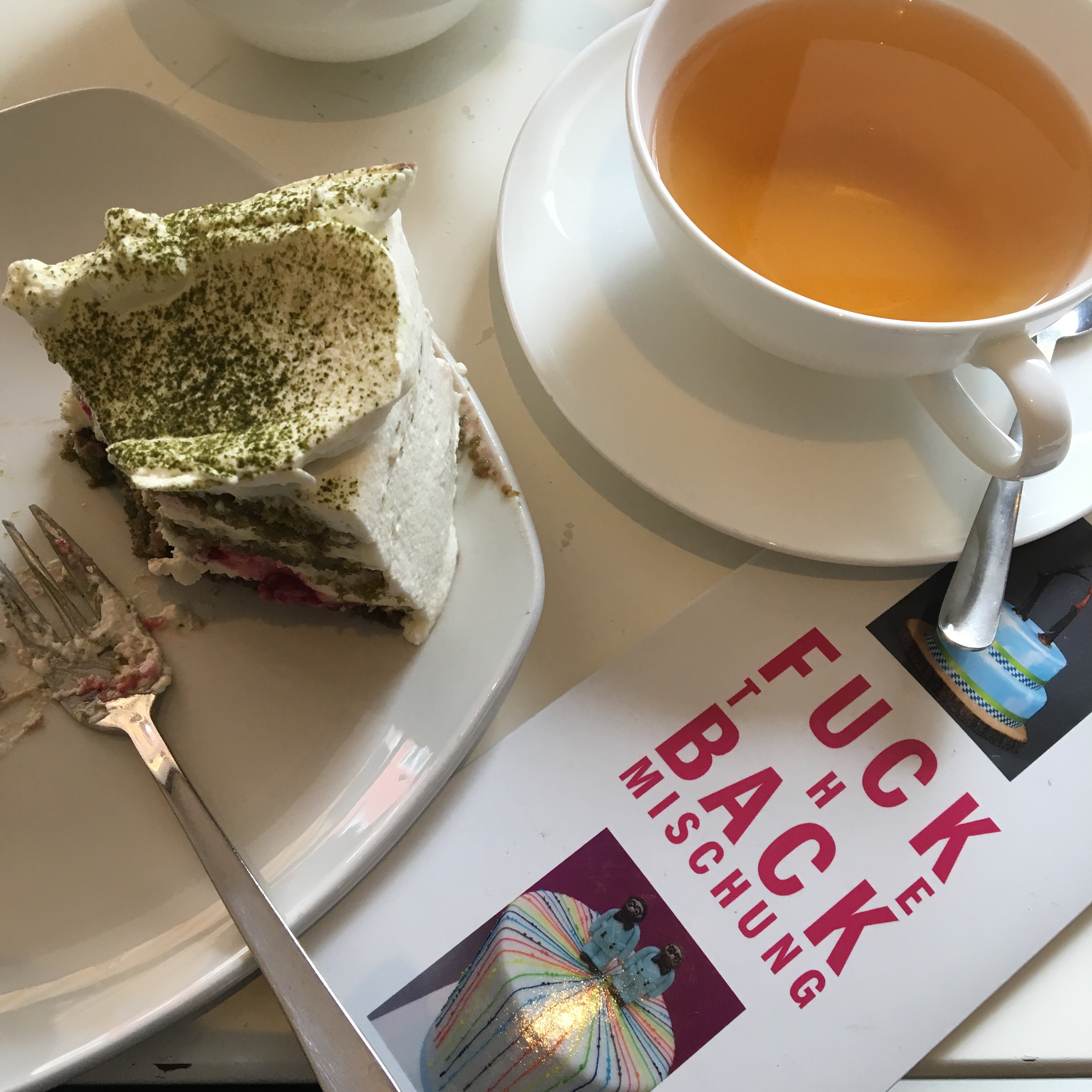 I had a slice of their matcha tea and raspberry cake, layered with generous amounts of cream. Heaven on a plate. I had a cup of chocolate and chilli tea to go with and thoroughly enjoyed every mouthful. Not that I could finish every mouthful. 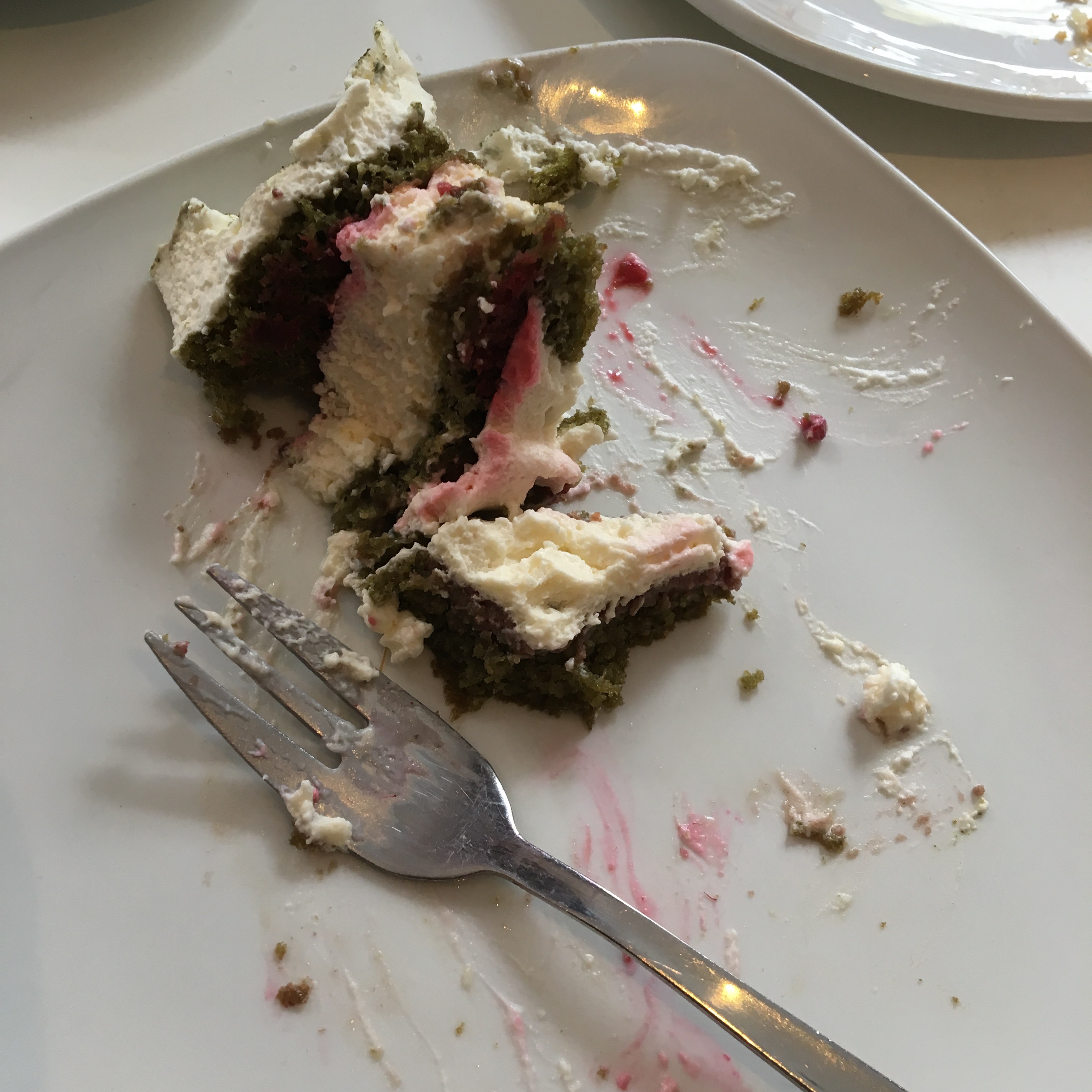 My inability to eat as much as I wanted to try was a constant disappointment to me. Must try harder. 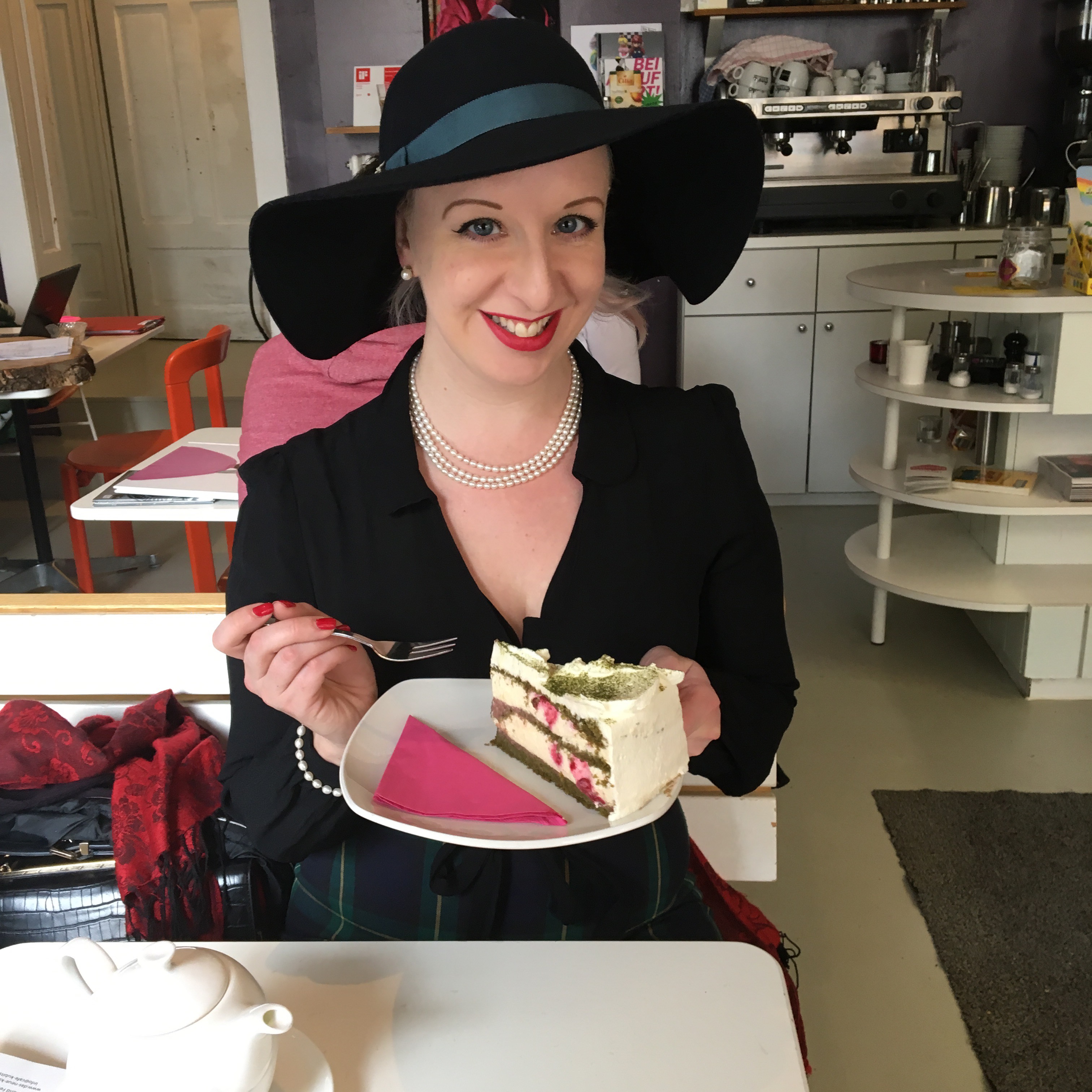 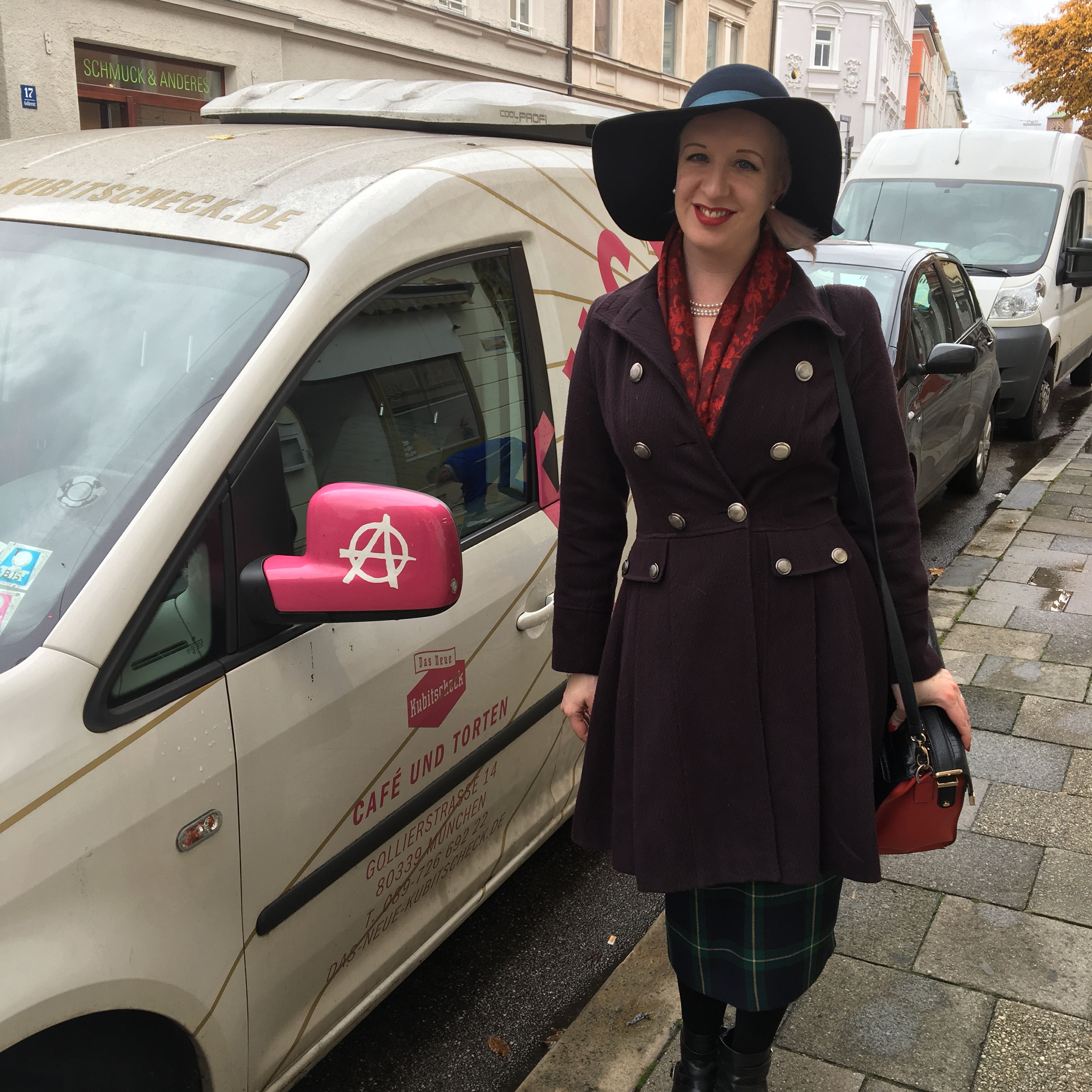 I’m always so terrified, when travelling, that I will never get the chance to go there again. I want to see everything, do everything, and eat everything. I failed spectacularly on this occasion and get the sense that Munich and Bavaria have a lot more in store for me… so I hope that I will return one day.