Good morning, you gorgeous lot! Here we are again; it’s Monday, it’s foggy and it’s cold, so I’m bringing you a little fantasy bake to warm you up.

Every Monday on my blog is dedicated to those people who I would love to bake a cake for. It’s just me amusing myself at the start of each week! I’m building up quite an archive so click here if you would like to see who I’ve been baking for.

You may have heard me talk about my Uncle Rick Wakeman – tinkler of the ivories, Prog Rock God, and all-round good sort – and you’ll know that we are not really related. So why the fictive kinship?

My Mum is a Progger (being one who enjoys the progressive forms of rock music) and has been very much enamored of Rick Wakeman ever since his cape-wearing days in the 1970s. The in-joke has always been that Mum would like to bring Rick home; cue teenage me slamming doors, “you’re not my real Dad!” etc until the eventual agreement that he should be referred to with the respect that comes with the title ‘Uncle’ Rick. It’s silly. We are sillier. It stuck.

So why the cake for this fictitious home-wrecker?

Having grown up very much avoiding Mum’s prog, there came a breakthrough moment for Uncle Rick and I.

Life On Mars? Rick played on that.

OK, apologies for the heart-string yanking; I did not put together the photo montage!

How good was that, though? Bowie was known for letting his musicians play to the full extent of their ability. When Rick was brought in to play on this track, he was told to approach it as if he were playing a full scale classical concerto and we all know how spectacular the result was.

There is not only this contribution to my beloved Bowie back-catalogue that warrants cake. This beautiful tribute was being shared so much online in the days that followed its broadcast that Rick was asked to release the version as a single.

Rick did release the track and he did it with proceeds donated to Macmillan Cancer Support. 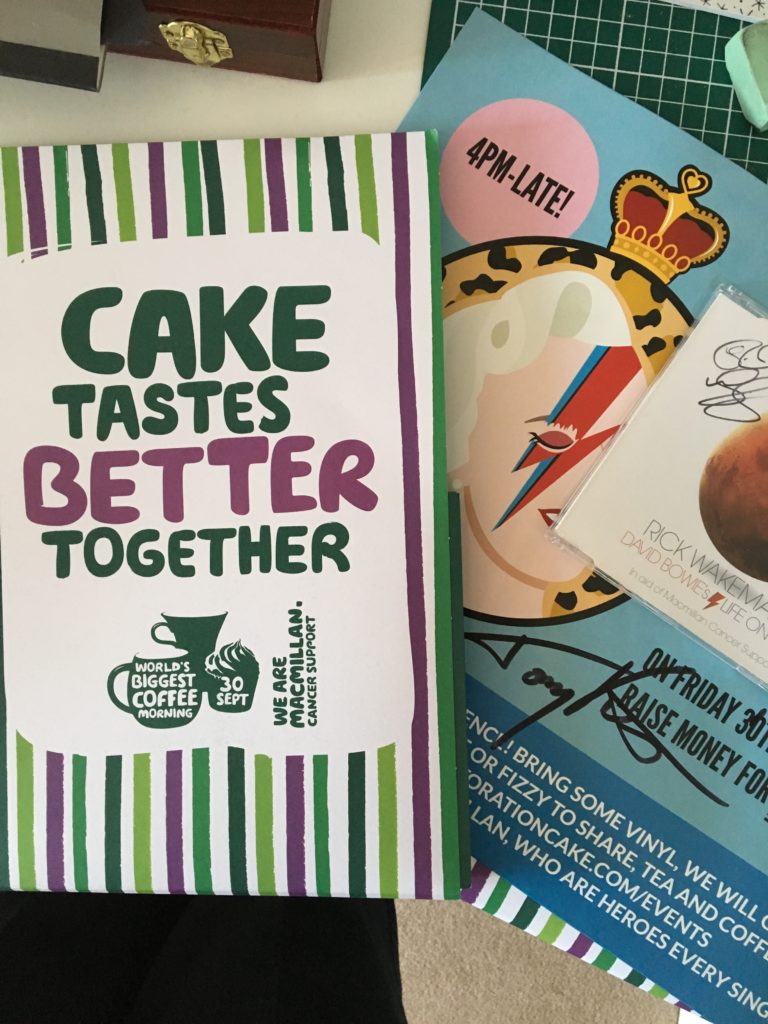 I was lucky enough to have a signed copy of the single for my Rock’n’roll Raffle for Macmillan in September. Again, I cannot thank Uncle Rick enough as this contributed to a good amount of money raised for this wonderful charity.

If you ever get a chance to hear Rick talking about his rock’n’roll adventures, I highly recommend that you do. His stories of 1970s touring with his band, Yes, will crack you up.

So I would love to bake a cake for my Mum’s special ‘friend’, Uncle Rick. Not only for being a legend in our house whose Christmas card (obtained several years ago!) is proudly displayed every year; not only for playing on this song that means the world to me and countless others that mean something to many more; for everything that he has done to raise money for Macmillan and being an all-round top bloke. 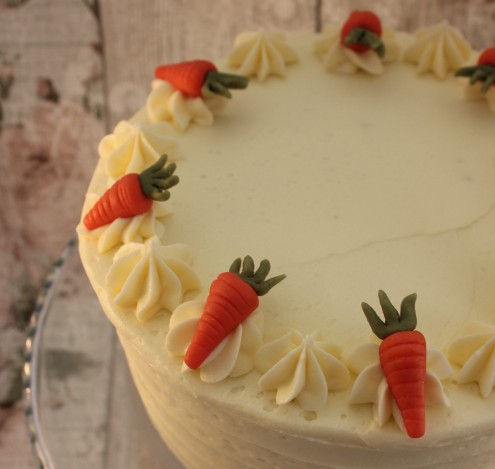 I’m drawn to creating a Carrot Cake for this Prog legend today… mainly because Rick’s Twitter feed has been full of tales of lethal soup making over recent weeks. If you like a giggle on Twitter, I heartily recommend that you follow Grumpy Old Rick!

Also, Rick has a new album out of his instrumental versions called Piano Portraits. It’s rather lovely. You can listen to it on Spotify now but, if you like it, make sure that you buy it. Only by buying music will you ensure that more can be made. Preach.