Last week was Independent Venue Week, an annual initiative to promote and support grassroots independent music venues. Small music venues are essential for giving new bands and artists a space to perform and these are closing at an alarming rate. IVW shines a valuable spotlight on these precious venues and reminds the public to support their local venue – if they still have one. 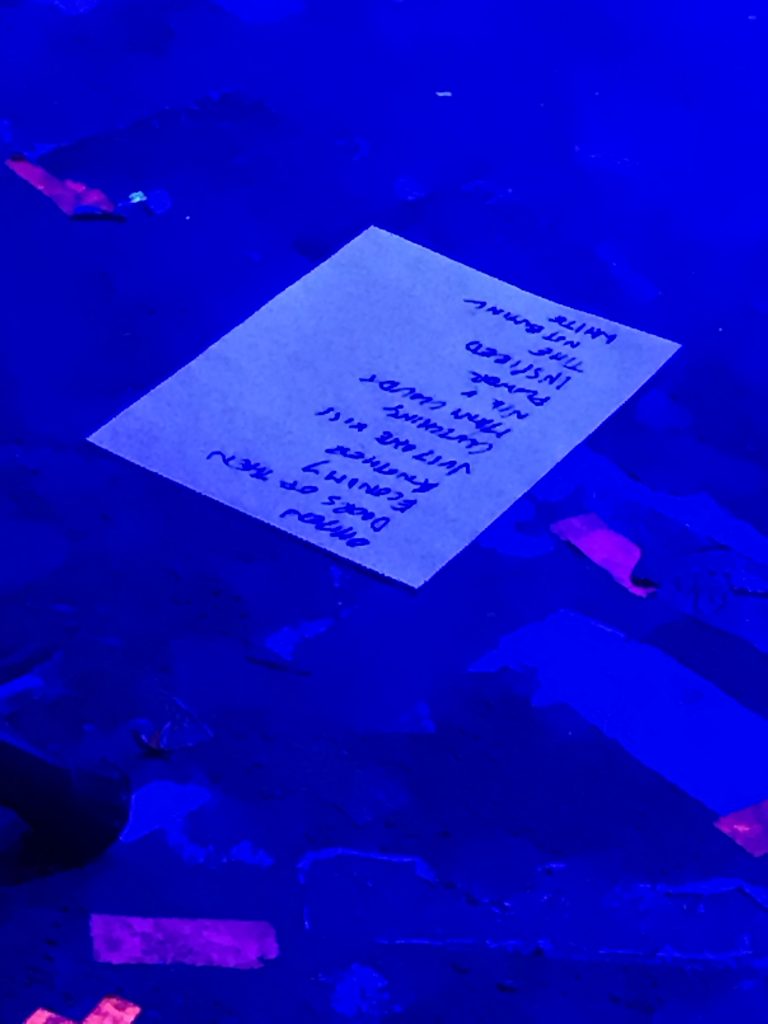 The recipient of this week’s fantasy bake is one who last week epitomised the magic of live music. Though I grew up with an incredible wave of music that was known as Britpop, I was never a huge fan of The Charlatans.

There was a reason for this and it’s going to be a tricky one for the under-25s to understand… in the 1990s, we had to buy music. As a teenager, I couldn’t afford to buy every single and album that was released. I had just about enough cash for an album every other week. I had blank cassettes but these too were pricey and I’d treat myself to a new pack every few months. This feels like a million years ago as I enjoy my Spotify Premium account and can listen to any and all new releases to try them on for size before I buy them. 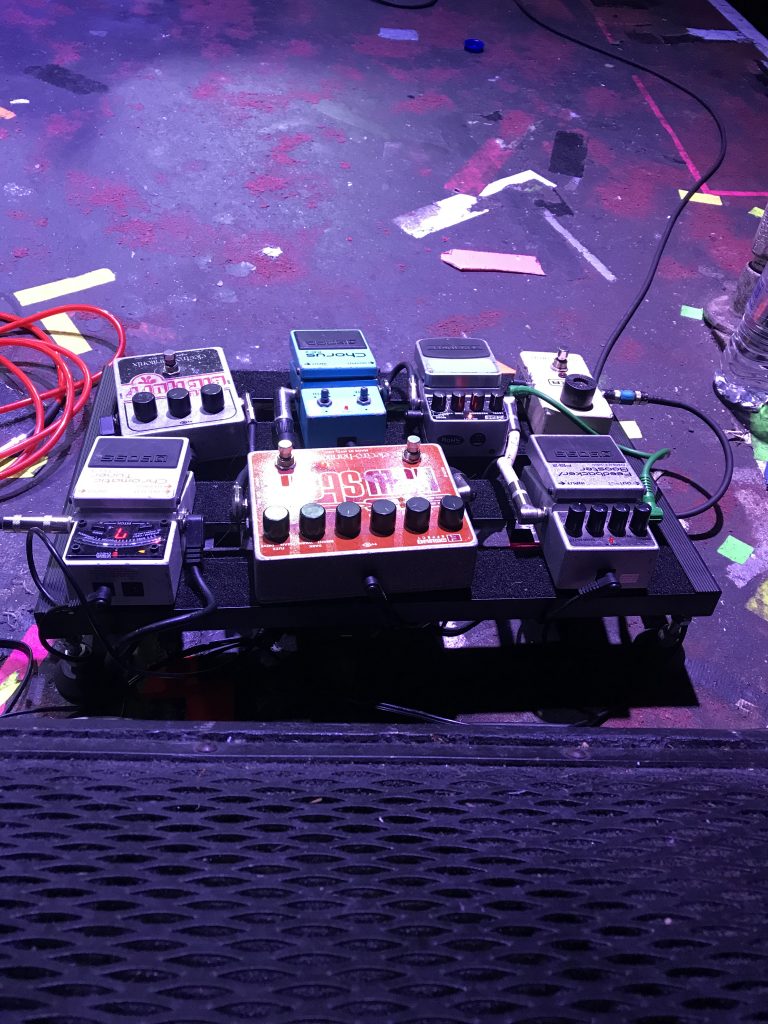 So despite the fact that I had nothing against The Charlatans, I just never owned any albums and never became a fan. I loved the tracks that appeared on compilations. That’s just how it went down.

When Tim Burgess, lead singer of The Charlatans, was announced as the headline act at Bedford Esquires for a special celebration of Independent Venue Week, I bought my ticket to support my beloved independent venue. Steve Lamacq and the team from BBC 6Music featured our amazing venue and also attended the show!

I even baked chocolate cupcakes for all of the bands appearing that night to say thank you to them and again to express my pride in our amazing venue. 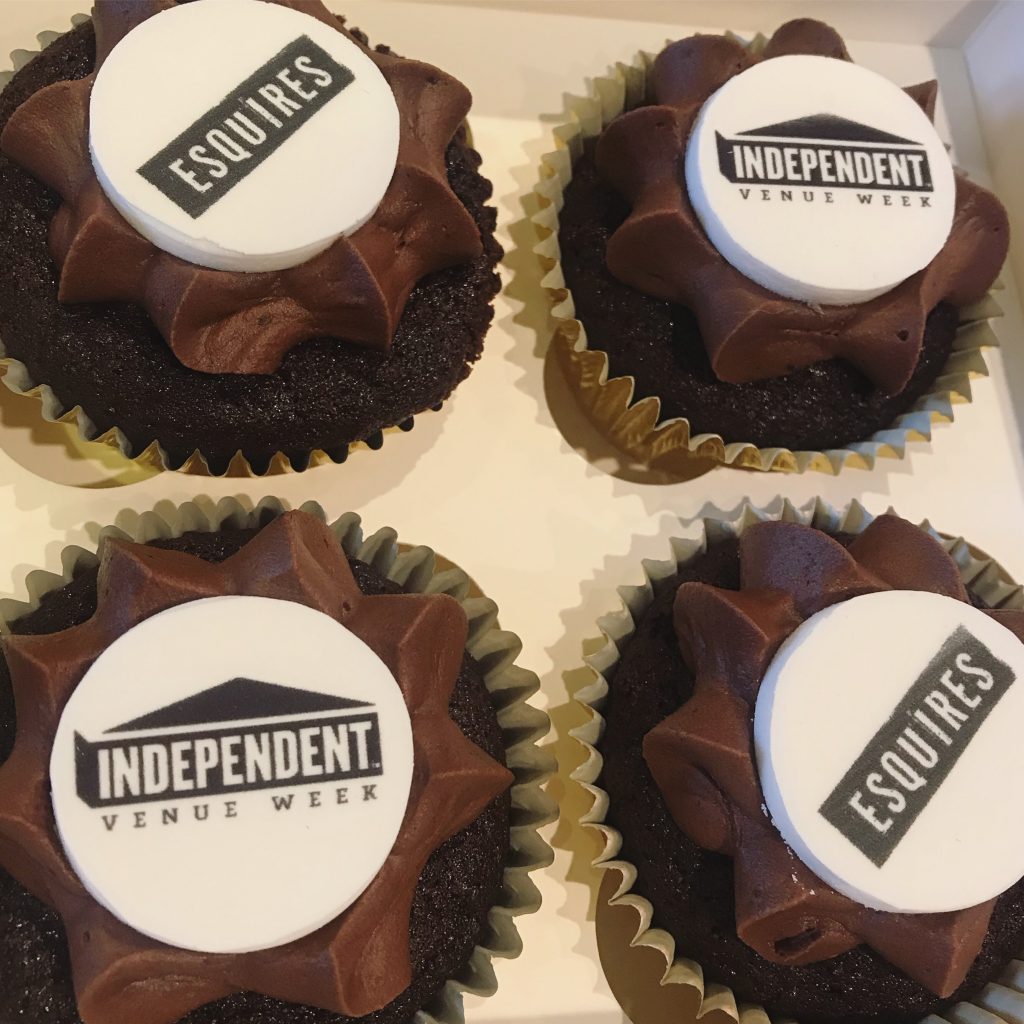 Then something magical happened; the kind of magic that can occur with live music. I was right down the front on the crash barrier for Tim Burgess’ set. I took some arty photos for my Instagram story. And then I fell in love.

I’m not going to lie and kiss ass and say that I was a huge fan of the tracks I’d heard on the radio of Tim’s solo stuff. It hadn’t knocked me sideways but from the moment that Tim stepped out onto the stage in his boiler suit, he really did. I was sucked in to every single song. 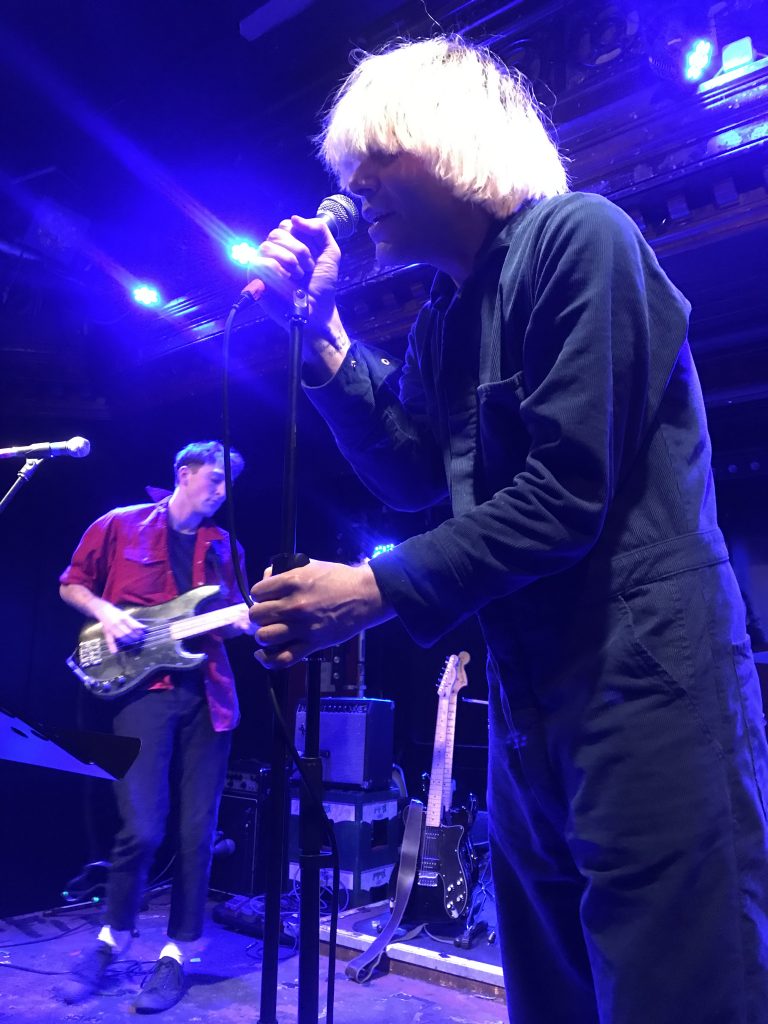 There was a charm and an energy that radiated from the stage in a way that it simply cannot through the radio or through your computer speakers. I loved every single song. I danced, I sang along (I pick lyrics up quickly, it makes me an incredibly annoying fellow passenger in a car), I reached out and held Tim’s hand.

Tim Burgess seems like a genuinely good soul. Put it this way, if he’s awful, he is very good at concealing it! He smiled all evening and even had time for his ‘fans’ on the front row who talked pretty much constantly through the show.

It really was one of those wonderful musical experiences that you can only get in a small independent venue. Even if you are lucky enough to reach the crash barrier at a big venue like an O2, you won’t be able to reach out and touch a performer. Totally not suggesting that you grope artists by the way! All touching of artists/audience should be by consent! 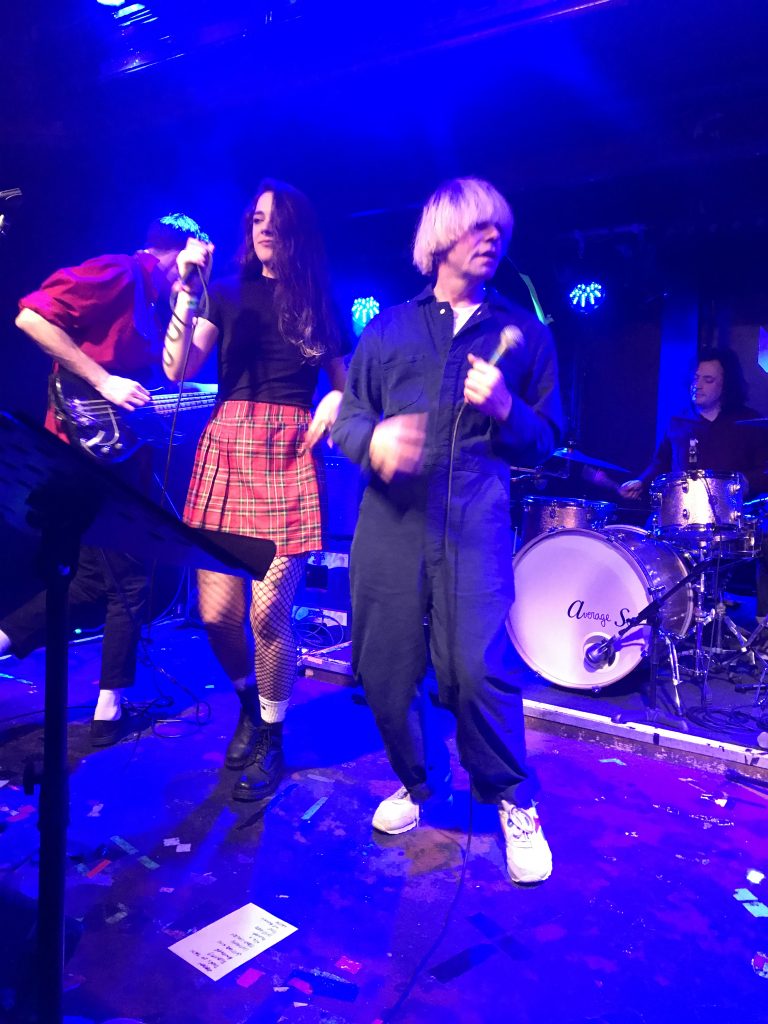 Tim is joined by Laetitia Bocquet on vocals from Average Sex

Because music is pretty much free, you are looking at down payment on a small flat to see a big artist in a big venue these days. Don’t get upset about it, they have to make their money. A spendy ticket for a big name, like Tim Burgess, in an indie venue is going to set you back a maximum of £20. Do you know what I got for that ticket cost? There was support from Average Sex, who are fantastic – we bought their EP on vinyl and got it signed and had a lovely chat with the band. There were also too many other artists for me to remember and to see so I’m just going to show you the menu for the evening!

I would love to bake a cake for Tim Burgess because, after seeing him perform, I am truly under his spell. I would love to listen to a few tracks by The Charlatans and relive my 1990s youth.

Funnily enough, a track by The Charlatans was one of the first that I ever taped off the radio… because I thought that the band were called The Charlotte-ans! I can ever remember my first radio cassette player that I used to tape this. It was a burgundy purple pearlescent thing and I loved it. 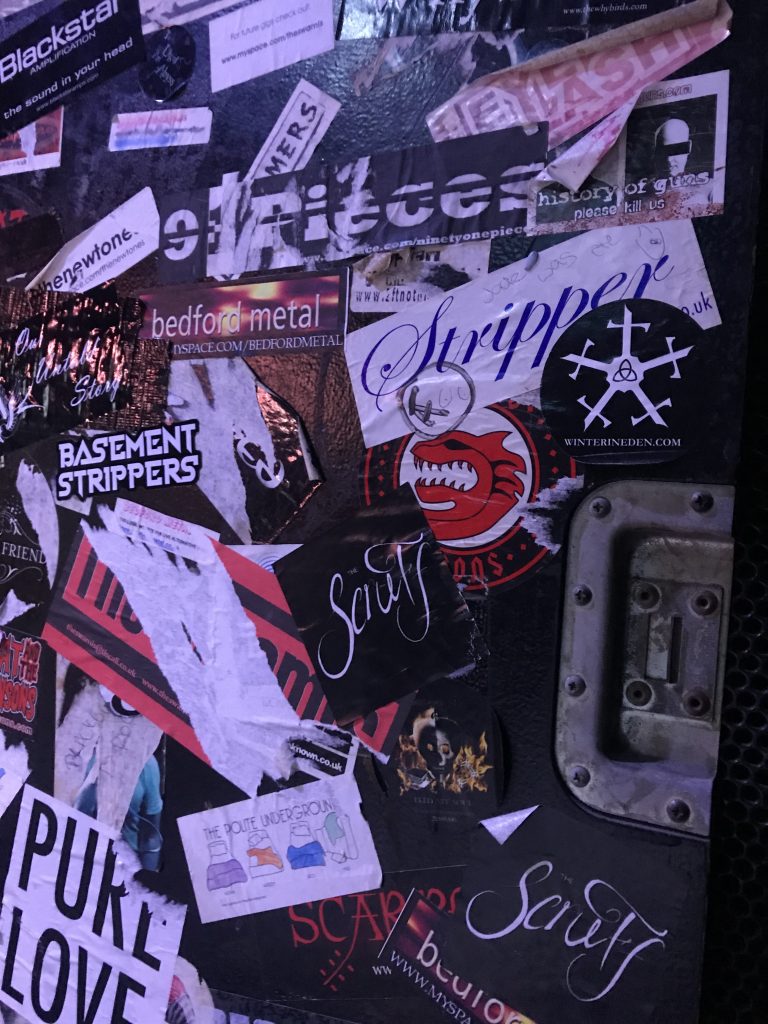 Any band/artist you can name got started in a grassroots independent venue (with the exception of some reality TV contestants). The Beatles had The Cavern and countless dive bars in Hamburg. KISS would play any club in New York and pretend that they were headlining Madison Square Gardens. You know those annoying people who say that they saw <insert platinum selling artist of your choice here> before they were famous? You too could be that asshole if you take a chance on a band you’ve never heard of in your local venue. 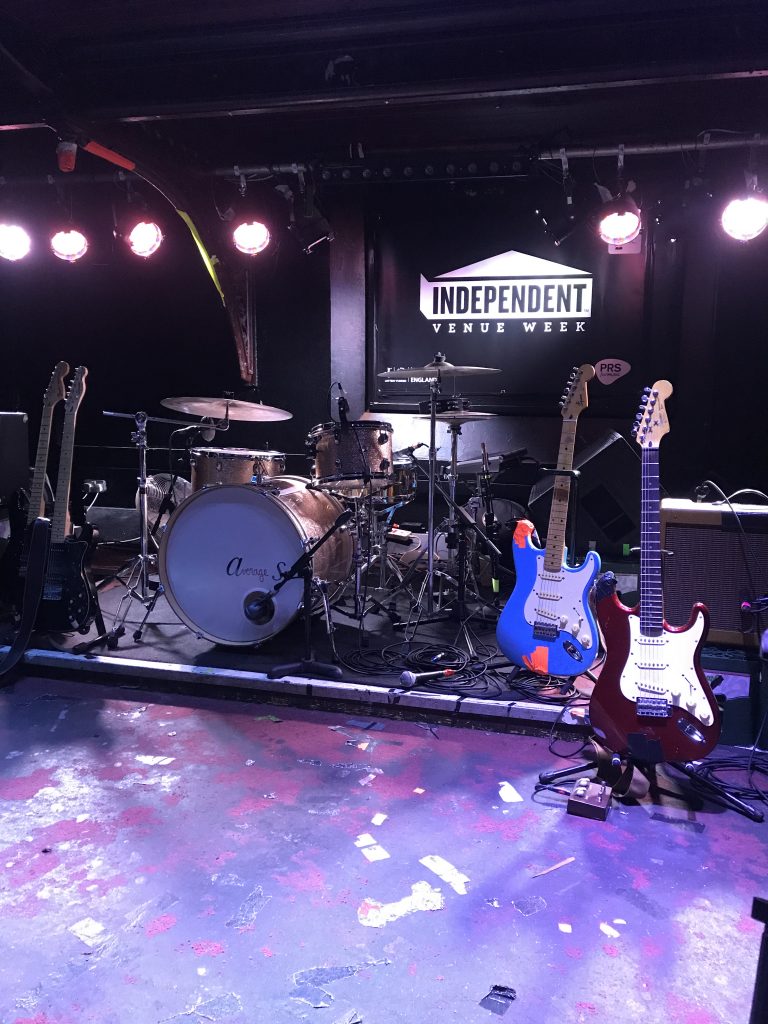