It should come as little surprise to learn that I am a big fan of Lady Gaga. I have been a fan for the best part of ten years now and count myself amongst her many ‘little monsters’ the world over.

I am such a fan that I sported platinum bangs for a couple of years, very much under her fabulous influence. 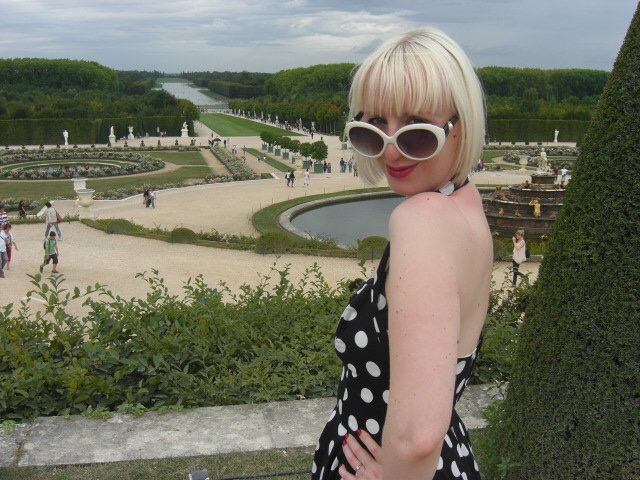 On Saturday night, I gathered with friends to watch her latest offering together; a documentary, covering the months recording to release of her album Joanne (2016) and her jaw-dropping half-time show at the Superbowl (click here if you haven’t seen it yet!).

Gaga: Five Foot Two (2017) dropped on Netflix last week and we cheerfully entered into watching it thinking that it would be the Gaga version of Katy Perry’s Part of Me (2012). We were expecting a peek behind the curtain, highs and lows, and – ultimately – Lady Gaga. What we got was Stefani Germanotta.

Whilst I count myself as a fan, I am always more interested in what an artist chooses to share with me than what they don’t – I have no interest in picking over a broken relationship or watching my idols fall out of clubs. Honestly, I never wanted to see David Bowie buying cornflakes in trackie bottoms! I do not read tabloids so, whilst I felt that something was a bit ‘off’ with Gaga from her social media, I had no idea that she broke her hip on the Born This Way Ball tour of 2012. I was in the audience at Twickenham stadium… dancing, singing, going crazy with absolutely no idea of the pain that our beloved Lady Gaga must have been in.

It is this pain, exacerbated by the chronic pain condition known as fibromyalgia, coupled with that of a painful break-up, that has pushed the performer into an introspective mood in which a fascination with a long-dead family member created a spirit animal of sorts to focus her artistic outlet upon. Joanne Germanotta died 40 years ago, aged only 19 and Stefani never met her. It is this Joanne for whom the latest album is named.

Seeing such a famously polished and conceptual star crying in agony is a powerful image. Gaga has shared her humanity to the extent that, more than dance at her shows, I want to wrap my arms around her. Seeing anyone in that much pain would be affecting enough without that person being someone you identify as the embodiment of power and strength.

Perhaps more than anything, Gaga: Five Foot Two reminds us that artists are only human. Painfully human. Perhaps the timing is significant with the news that Lady Gaga is to postpone the European leg of her world tour due to the pain that she is in; perhaps by showing the fans exactly what she is dealing with, they will be more understanding despite their obvious disappointment.

I would love to bake a cake for Stefani Germanotta because I genuinely believe that cake can cure most things. A slice of cake and a chat with a friend may not be a medical solution to anything but it sets the mind in the right frame to deal with anything that life can throw at you. Stefani has a long road of treatment ahead of her before she can be Lady Gaga again – and I hope she knows how much her little monsters are willing her better – but perhaps a pause with a slice of something sweet and a few laughs with a friend would set her up for the journey.