On Saturday night, I was lucky enough to see Garbage play live for the first time, having loved them since my teens.

At this point I should ask anyone who has tickets to see Garbage play this week (I know they have a big London date on Friday) to click away and come back later as I do not want my thoughts and opinions to spoil your enjoyment of the gig (and you will enjoy it) in any way. I never read reviews before a show and have been known to go to great lengths to avoid them!

Are you gone? OK, I can continue for the rest of us. 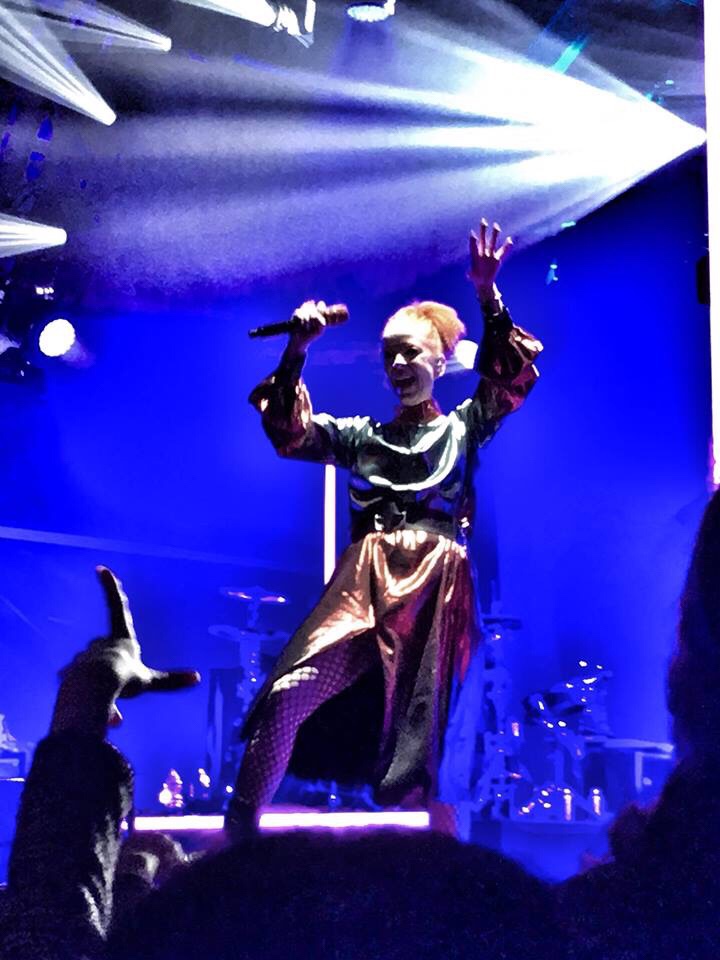 Thanks for the photo, Chris!

OMG Shirley Manson forgot the words to When I Grow Up! I couldn’t believe it. The words to that song were emblazoned upon my very soul from the moment that I heard it at the age of 15. All of my teen angst seemed to be reflected back to me in the chorus of ‘When I grow up I’ll be stable. When I grow up I’ll turn the tables.’ Simultaneously angry and hopeful, angst-ridden and poppy, this song was everything to me 20 years ago. When I listen to that song now, it’s as if I can stretch my 35 year old hands back through time and connect with that 15 year old.

She’s OK. She’ll be fine. She should stop smoking.

Just so that we are all on the same page, here is the only official-type video that I could find for When I Grow Up. Points to note are that you will need to ignore whatever shitty Adam Sadler vehicle that is being promoted via some cut-and-paste editing (slow hand clap for whoever did this masterful job) and that I was forced to watch an advert for a pregnancy test before being allowed to watch. Ah, the joys of being 35 and female…

This may have been one of the contributing moments that allowed me to accept that I was never going to be tanned and healthy looking. Shirley Manson shines, so pale that she practically glows in the dark. I tried fake tan briefly in my early teens. This is probably one of the many reasons that I love Shirley Manson and for which I would love to bake her a cake.

Unashamedly vocal about the causes that she believes in, Saturday night’s Garbage gig became something of a rally for those who are despairing a little at the state of the world. Shirley told us that the band were going out for a curry after the show because they had been told on authority that ‘Birmingham IS curry.’ I cannot agree more with the sentiment shared and its rapid escalation into an invitation for any audience members who did not believe that all people, all races, all religions, and as a result, all cuisines have a place in this country, to kindly fuck off. There were anti-Trump feeling expressed in the dedication of their song Dumb to the President, accompanied by some excellent Trumpisms from Shirley Manson (think that stupid pouty face with the double OK hand signals). Even more interesting, poignant and telling was hearing our frontwoman-in-chief’s views on the music industry and what it means to be a woman in the music industry. Feminists united at her denouncing of social media and the Kardashians and male feminists were applauded and cheered for being part of the solution. 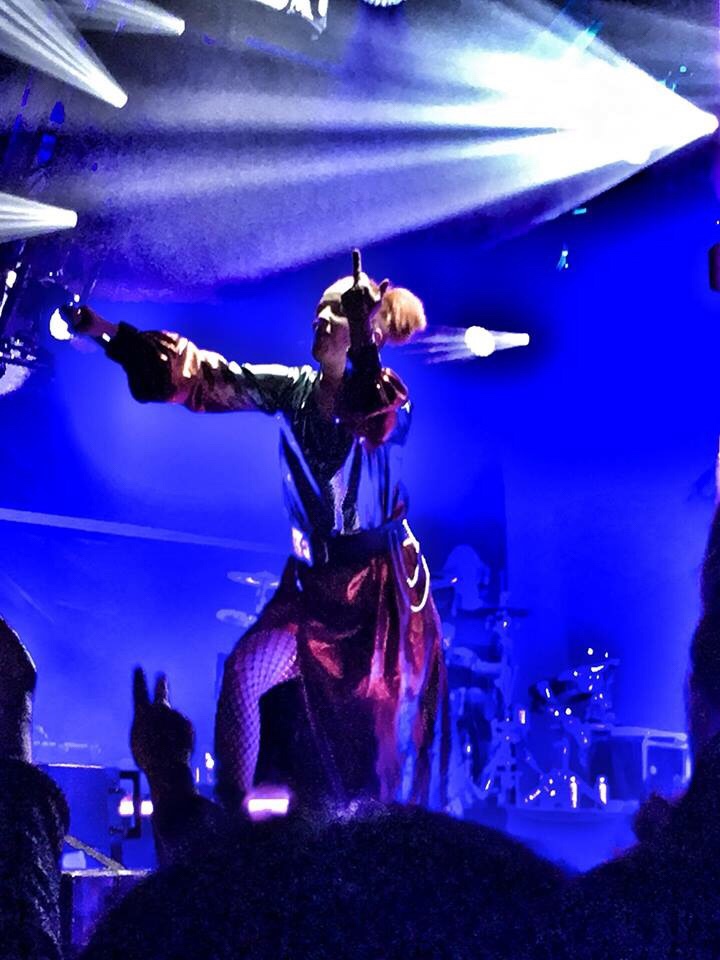 Yes, there was a lot of politicking but we do not love Shirley Manson for being quiet, shy, and retiring. I found her assertion of her right to take up space in the world particularly moving.

I remember watching as Shirley Manson, the kickass front woman of Garbage, stomped her way around the Top of the Pops stage performing Stupid Girl looking like a caged animal. I remember so clearly her clomping around in boots and a hot pink dress that it was easy for me to find the clip online. This was from 1996…

Outspoken in person, in her presence, and in her lyrics, Shirley Manson was (and is) the perfect role model for a 15 year old girl. There is a wonderful litmus test for misogyny that Caitlin Moran laid out; in any situation, ask yourself whether the boys are being asked to do this/doing this/worrying about this and if the answer is no, you have some misogynistic bullshit there. I would propose that you also ask yourself ‘would Shirley Manson put up with this?’ and again, if your answer is no, ‘rip it up to shreds and let it go.’

Who cares if she forgets a lyric here and there, Shirley Manson’s words still mean the world to me and I doubt I’ll ever forget them.