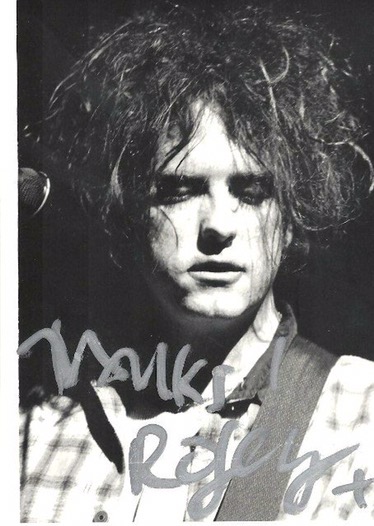 I have the greatest admiration for fans. I’ve always thought that I’d be too scared to meet my heroes. I literally ran away from Tim Burton at Paddington Station once, before hiding again from him on at least two more occasions.

And I’ll never stop feeling shitty about the fact that I’ll never get to meet Bowie.

So these people who do pull themselves together, risk all of the emotional over-reaction, potential disappointment, and embarrassment to actually meet their heroes impress me. Why can’t I be you?

One of the first questions that my Husband, Chris was asked, when he told his friends about me for the first time was, “is she a Cure fan?”

The answer at that point was, no, not really.

A mutual friend hurriedly took me aside and made me a mix CD to educate myself. At the time I was 23 and The Cure had not come onto my radar. 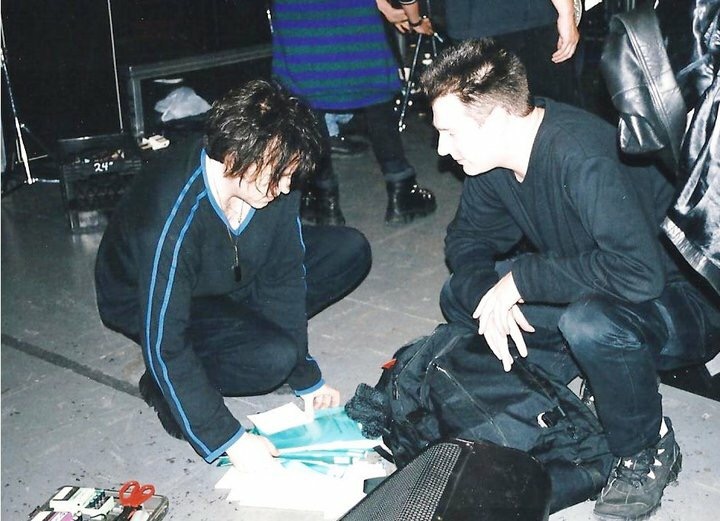 However, this new guy that I was crazy about was a fan. Such a fan, in fact, that he ran the fan club for years in those hazy pre-internet days when you needed to subscribe to a fanzine to find out what your favourite band was up to. It came to you in the post. They didn’t have a website. They had a dedicated few fans who phoned the record company (on the phone) for info and gathered photos from photo shoots and typed and xeroxed the info for distribution across the world. 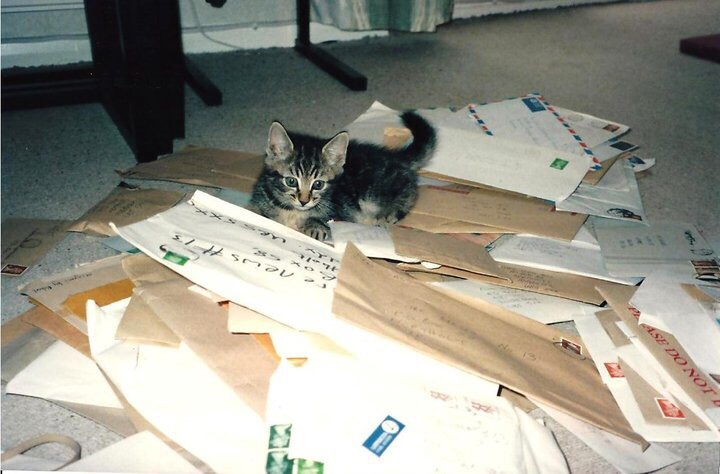 Well, the cat helped too!

Fans couldn’t just hook up on social media to talk about the band – they wrote in (actual letters) to the fanzine and advertised for pen pals. Together with Janie, Chris oversaw this outpouring of love from around the world. Friendships and relationships were made that have lasted years.

Tonight, in Munich, we will be in the crowd putting our hands in the sky watching The Cure perform on their latest tour. 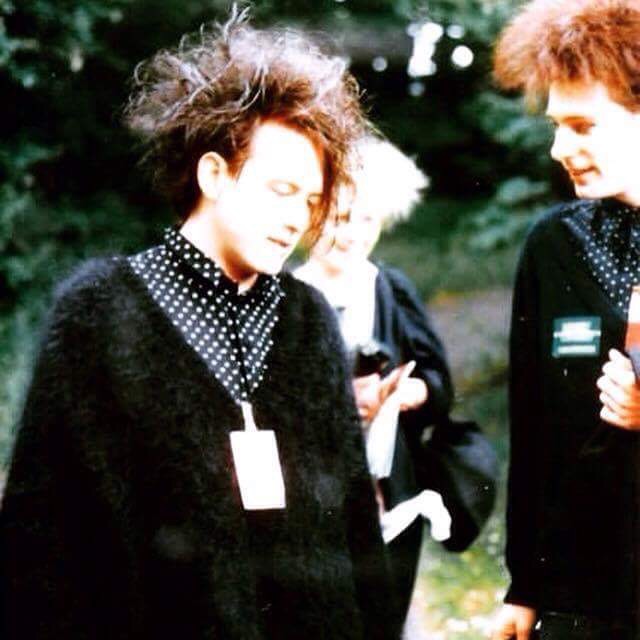 Robert with Chris in Germany, 1989

I’d love to bake a cake for Robert Smith and the rest of The Cure, band members past and present, to say thank you for all the years of music that they have given to Chris and their fans. He would follow you to the ends of the earth (and I’m pretty sure that he has been around the world a few times with you over the years!) so if you ever fancy stopping with a slice, I’ll happily hook you up.

Maybe a traybake or some Red Velvet Cupcakes, something small enough to enjoy in a wardrobe somewhere.

This post is dedicated to my love, with my love on his Birthday. All pictures pilfered shamelessly from his Facebook page! Happy Birthday, Chris.