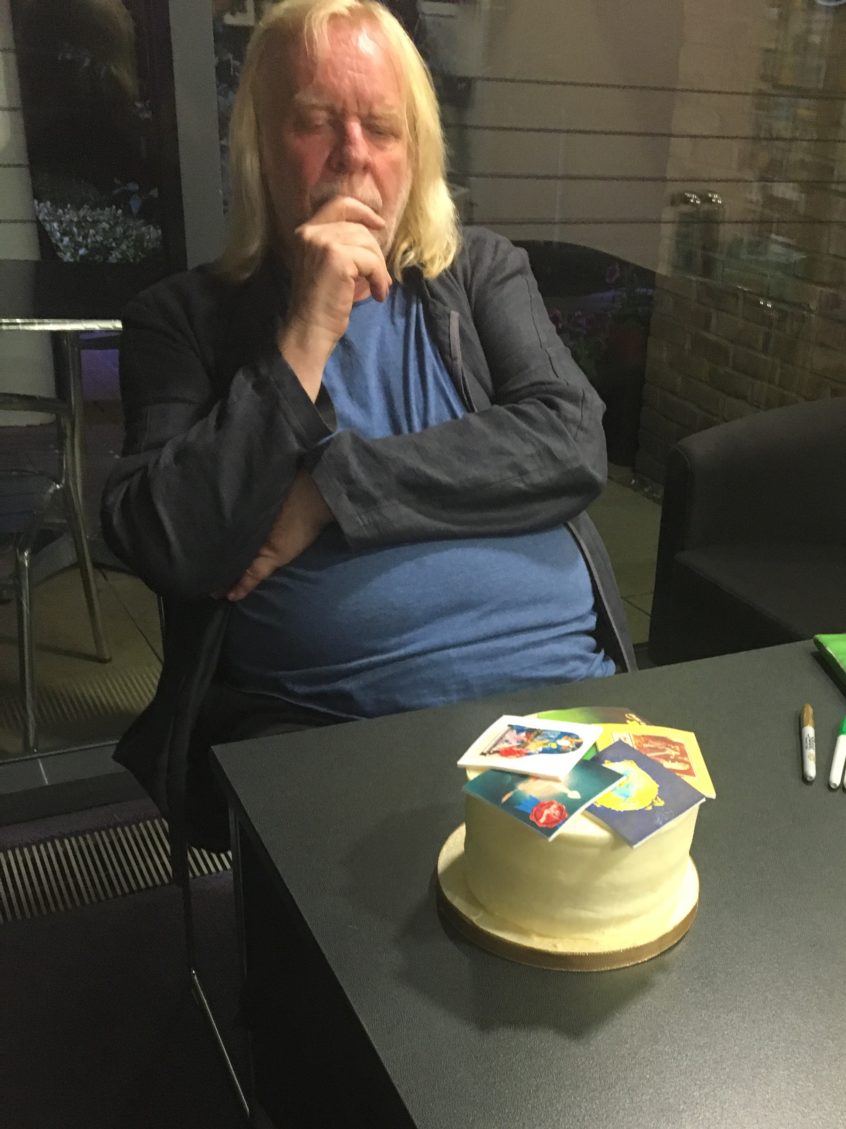 I few months ago, I wrote a post in which I fantasised about baking for Prog Rock God, Rick Wakeman. You can read this original post by clicking here but potted for your ease, Rick Wakeman is a favourite in my family as my Mother loves his music, both solo and with the band Yes, and I love all of his many contributions to the music of David Bowie.

In fact, my Mother is so fond of Rick Wakeman’s music (and has been for so long) that he is affectionately known as Uncle Rick in our family.

Last week, I was lucky enough to see Rick performing live at The Stables in Milton Keynes. In this small but perfectly formed venue, we were treated to songs from Rick’s latest album, Piano Portraits, as well as a selection of songs that are special to him, and many many stories from his life and times on the road.

Trust me when I say that those rock’n’roll excess tales from the 70s are hilarious. If you ever have a chance to catch Rick performing a one-man show like this, you must go as, aside from being a genius pianist, he is a hilarious storyteller.

Back to the point…

My attendance at this performance was a seriously last minute opportunity. My Husband works in the music industry and a friend at Gonzo Media Group (who look after much of Rick Wakeman’s extensive back catalogue) got in touch to offer tickets to this local show at around 2pm on the day.

This girl had to scramble into her kitchen! I was not going to miss the opportunity to take a cake to Uncle Rick! I quickly assessed both my pantry and the time that I had to work with, deciding upon a small Red Velvet Cake. I baked at lightening speed and set about some decorative touches. With only a few hours to play with (remember that drying and cooling times are both an issue here) I settled upon creating some of Rick’s albums in edible form.

Thank goodness for my edible printer! I printed out five of Rick’s greatest hits and mounted the printed icing sheets on modelling paste to make tiny record sleeves. These sat aside to dry while I filled and covered the just-cooled Red Velvet Cake in Cream Cheese Frosting. A spray of gold edible glitter and a scattering of these tiny records finished my cake. 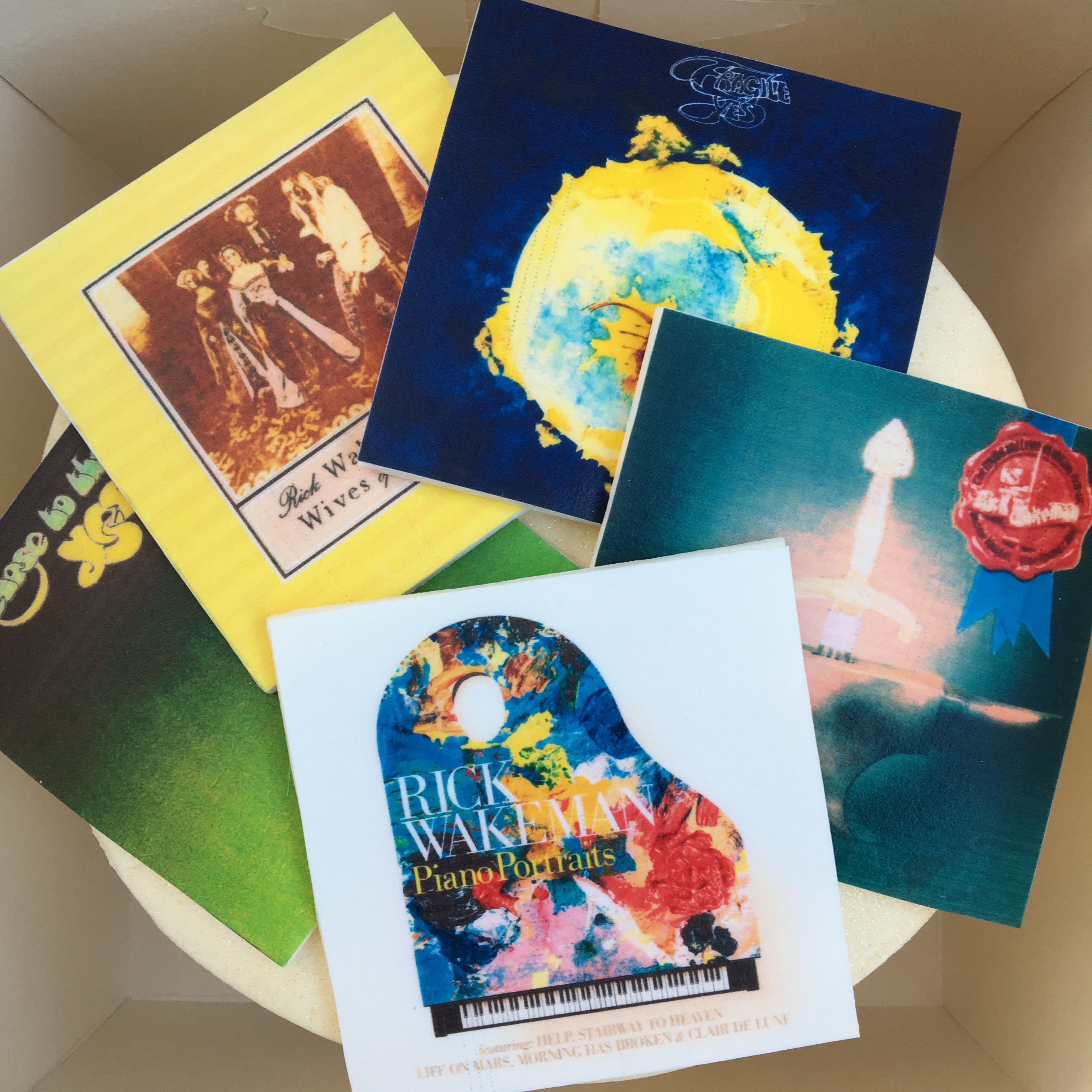 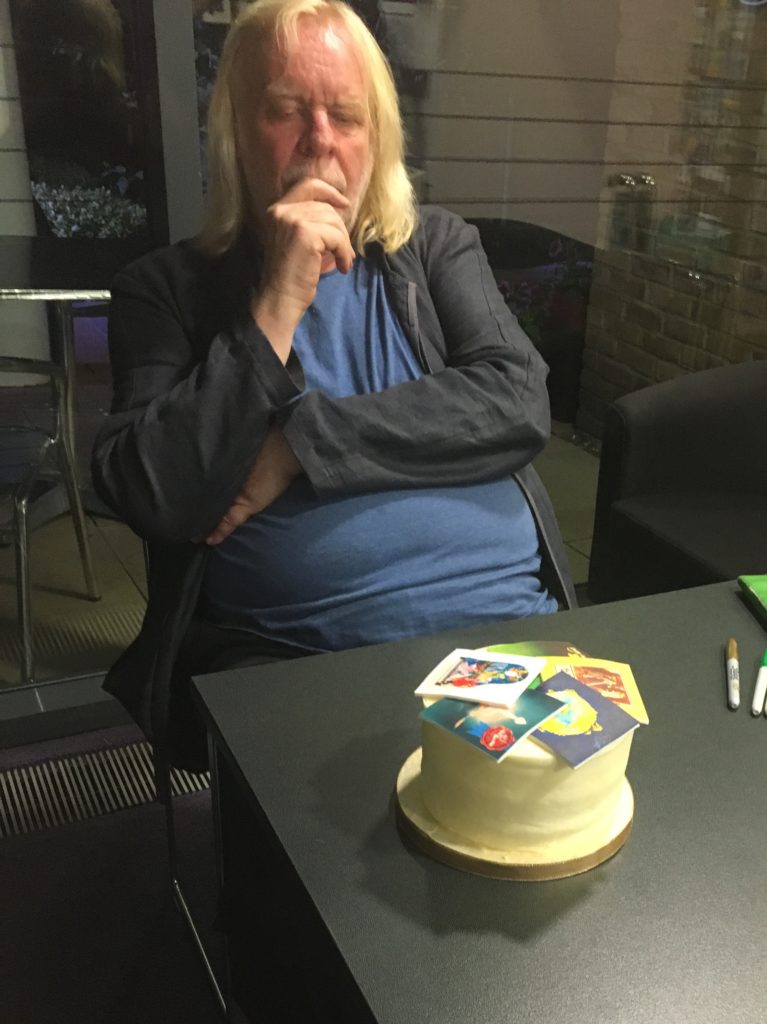 After the performance, we waited to meet Rick Wakeman. My Mum – who had already had a surprise to find Chris and I at the gig when she arrived – had never waited to meet Rick after a show and she has been to many. In fact, Mum has travelled across Europe to watch Rick Wakeman solo shows and Yes concerts several times over the years.

As we reached out our hands to greet Rick, I introduced my beaming Mother saying ‘she has waited to meet you since 1972.’ I think he was worth the wait. 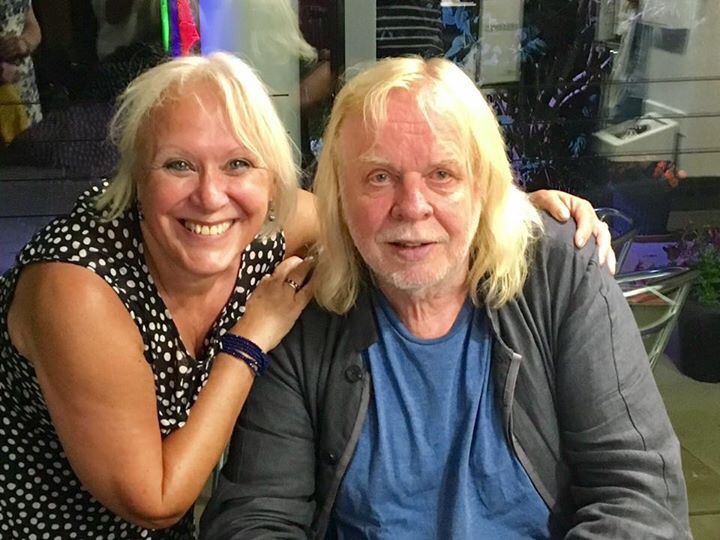 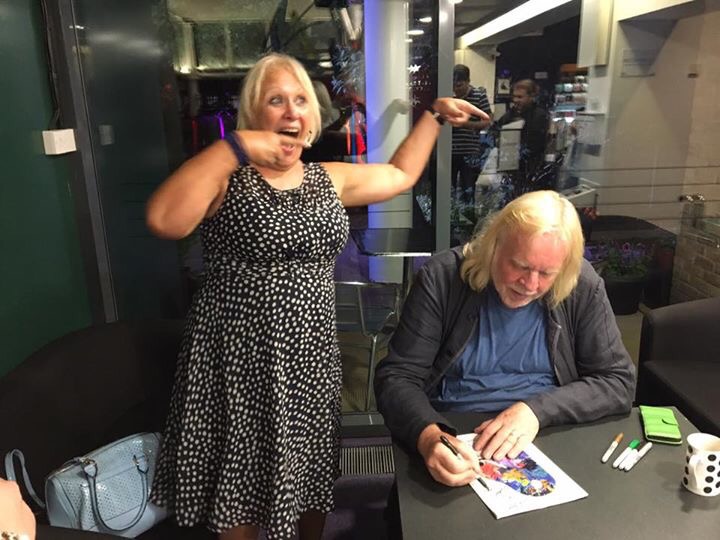 One completely beside herself with excitement Mum 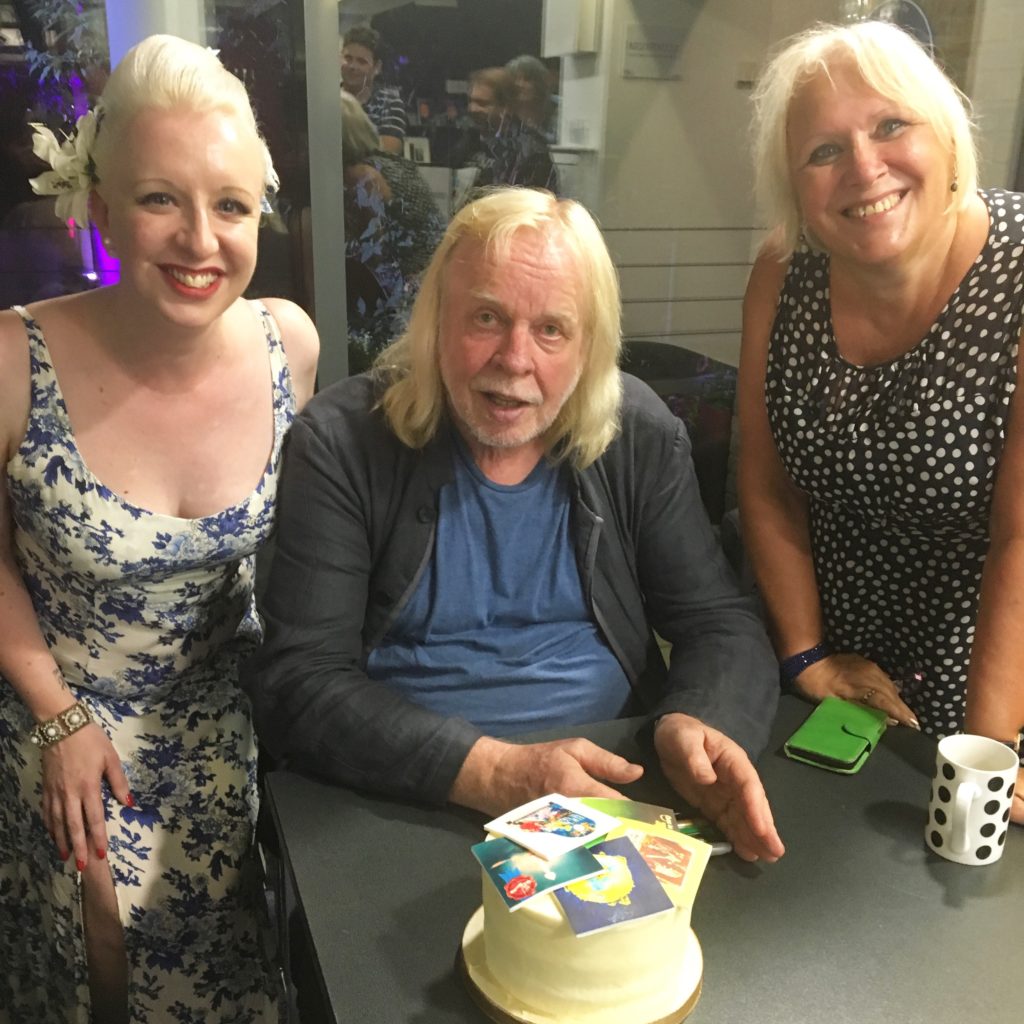 Is it just me, or do we look a little related here? Booking an appearance on Jeremy Kyle now…

I am thrilled to report that Rick was a total peach. It was a pleasure to chat to him and to bake for him. Mum was so happy to have met a hero and for him to have been so kind and generous with his time and attention. There were many fans in the queue for autographs and Rick took the time to chat to them all – not just a quick ‘hello, and what’s your name’ but a proper chat.

Watching Rick play his rendition of Life on Mars was a personal dream come true. That song is so very beautiful and means so much to so many. Rick Wakeman was as essential to the writing of this song as David Bowie was – Bowie being the ultimate collaborator. It was wonderful. I didn’t smudge my mascara too much… but a little.

One day I hope to be able to bake for Rick Wakeman again and to make something a little more befitting of his awesomeness.