On Tuesday 13th December, my Mum and I embarked upon a pilgrimage to Leicester. This pilgrimage was long overdue and over a year in the making.

To give you a little background, my Mum is largely to blame for my love and borderline obsession with history. As a child, my parents would take my brother and I to historical properties all over the country, all with the promise that good behaviour would be rewarded with £1.50 to spend in the gift shop. When my Mum told us about the Kings and Queens of old, she spoke about them as if they were real people. It was exciting. 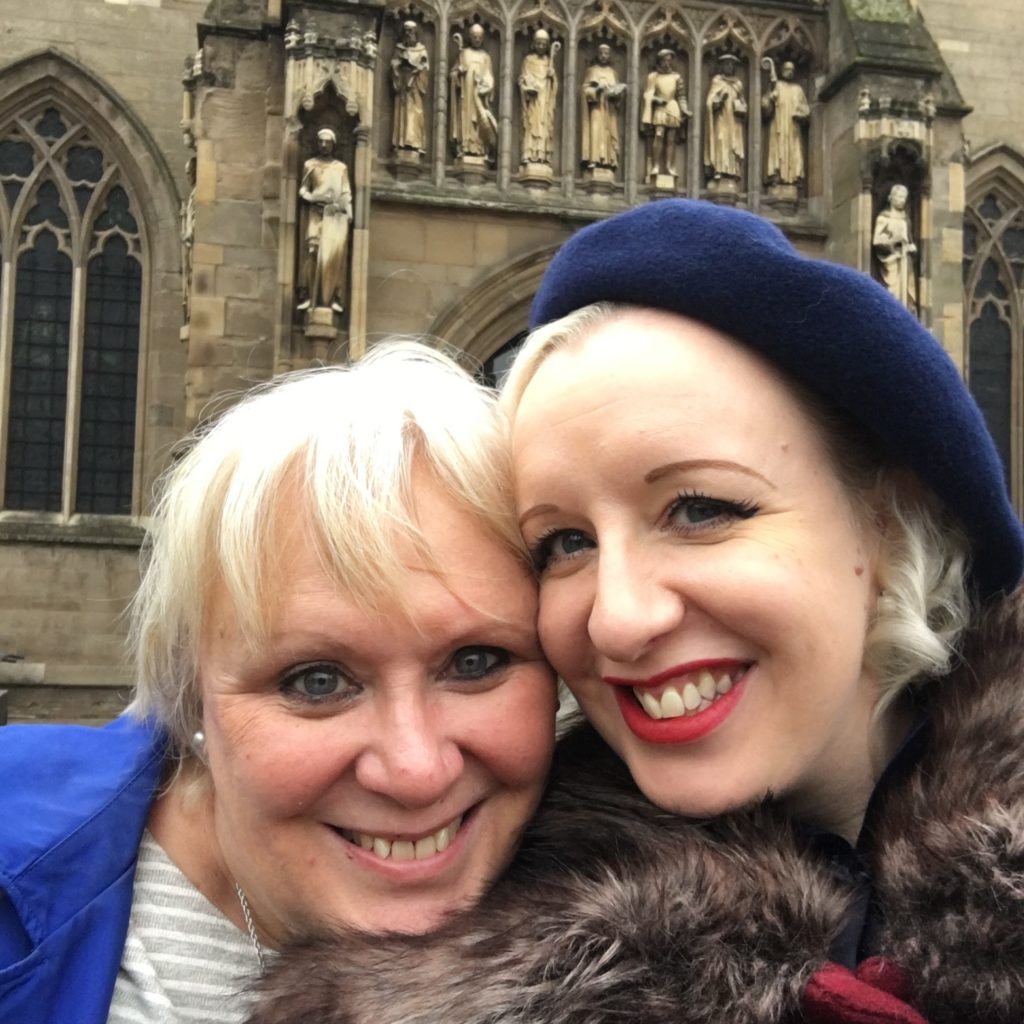 My own passion for seventeeth century history developed at the age of around 8 or 9 when we were taught about the Stuarts at school. The story of King Charles I wearing an extra vest on the morning of his execution so that he would not shiver in the January breeze and appear afraid broke my heart a little and it has never really healed. Charles I and Charles II have not been fashionable Kings in my lifetime, yet I remain fascinated by them and consume whatever I can get of them. 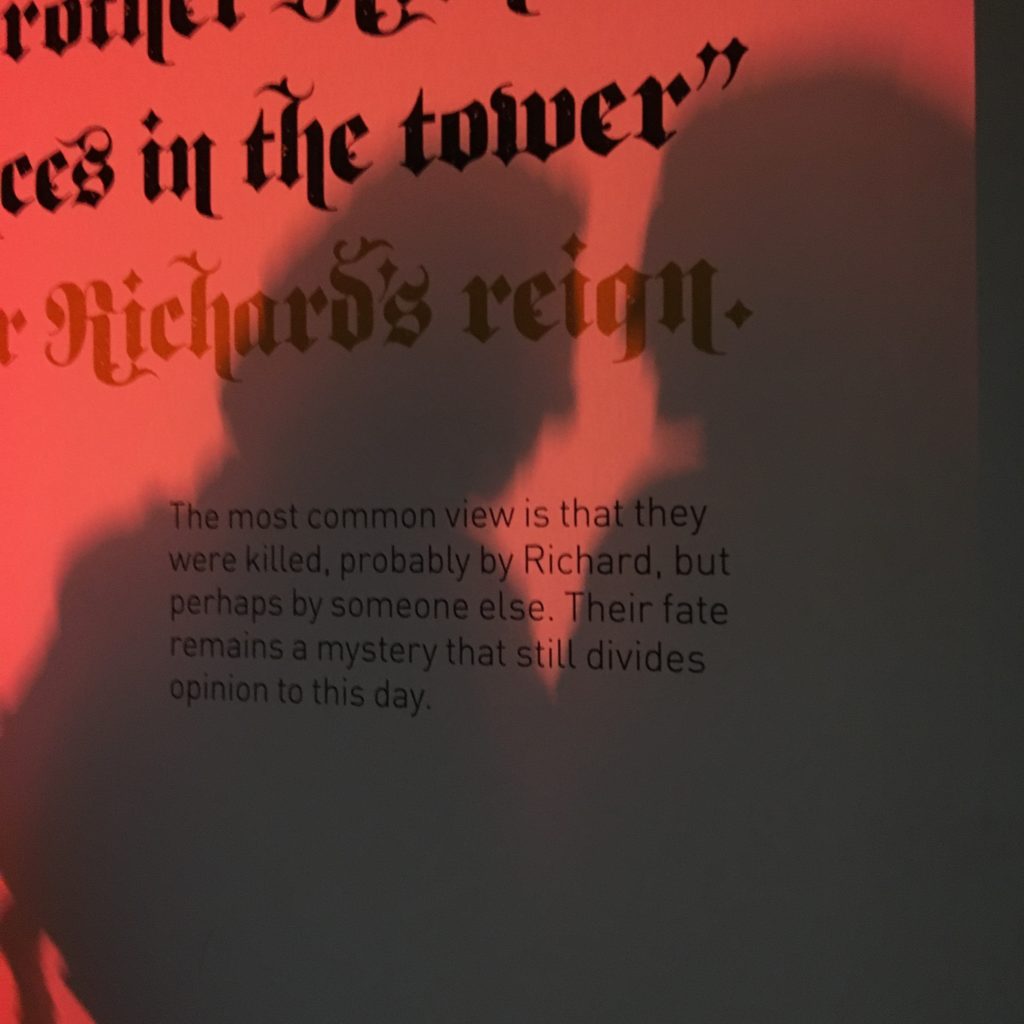 For my Mum, her lifelong passion has been for King Richard III. Perhaps there was something that struck her as unfair in his portrayal in the history books and she fell down the proverbial rabbit hole in reading around his legend. For any serious student of history, the Richard III that we know from Shakespeare is a fabulous literary creation but clearly the result of 100 years of Tudor propaganda.

Now, I adore Shakespeare (another passion inherited from the Mother!) and I love Olivier, but this is pantomime. As someone wisely noted, Shakespeare was a playwright, not a historian. Let’s all just agree to love this play for what it is and not mistake it for history.

This brings me quite neatly back to the subject of this week’s fantasy bake. I would love to bake a cake for Philippa Langley, prominent member of The Richard III Society and driving force behind the successful search for the lost remains of our last King to be killed in battle. Re-watching her award-winning documentary The King in the Car Park, after our Leicester visit, a few words to describe Philippa Langley came to me; mad, dedicated, obsessed, and right.

From the shots of Philippa looking emotional during the process of uncovering a skeleton with severe curvature of the spine (Ricardians have never accepted the portrayal of their warrior King as a hunchback), or crying during the examination of these remains have her painted the nutter. There is even a plinky-plonky musical accompaniment as Philippa and historian Dr John Ashdown-Hill place a cardboard box of bones draped in the King’s Standard in the back of a van. It is all entirely bizarre. This is nothing that has ever been witnessed before. This will never happen again.

Think about it for just a moment – in your lifetime, historical research, scientific exploration, DNA profiling, facial reconstruction, all of this boundless technology has been applied to a lost King of England. This King was lost for 500 years; many more years undiscovered and the living DNA link would have been dead, and god-forbid the Victorians had found him! They were not our most careful custodians. The point I am making is that it is remarkable that this has happened and we are incredibly lucky to have been able to watch it play out on our TV screens.

I am thankful that we had someone as dedicated and obsessive as Philippa Langley to gather research, raise money and knock on council doors to get the permission to dig. By all accounts, she ‘haunted’ Leicester University to secure their involvement and oversaw all of the tests that were carried out by the team to positively identify the remains as those of King Richard III beyond a shadow of a doubt. 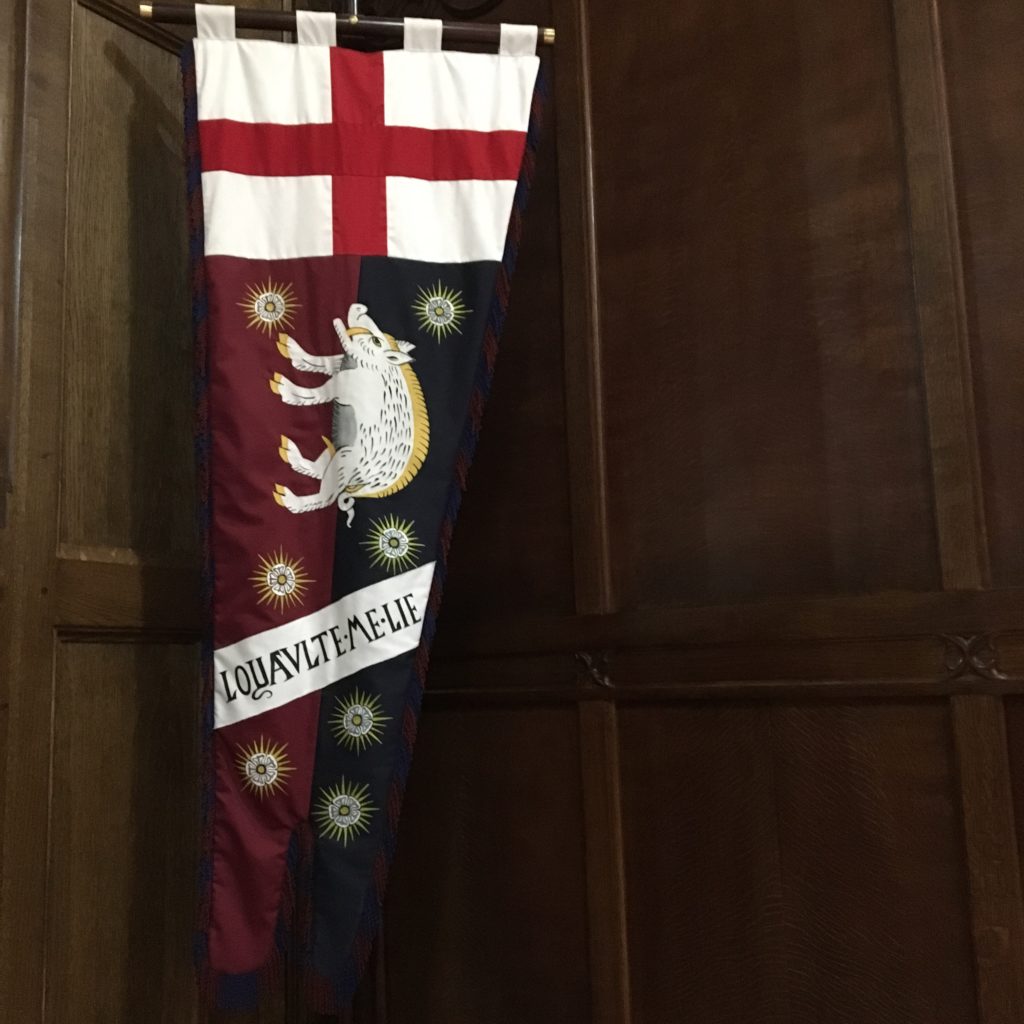 Because of Philippa’s dedication and obsession, King Richard III was finally laid to rest in a respectful way. Buried in a coffin hand-crafted by his last living DNA link, a carpenter by trade, and flanked by his standard and motto Loyaulte Me Lie (Loyalty Binds Me), in a serene chapel of Leicester Cathedral, Ricardians like my Mum have a place to quietly pay their respects. 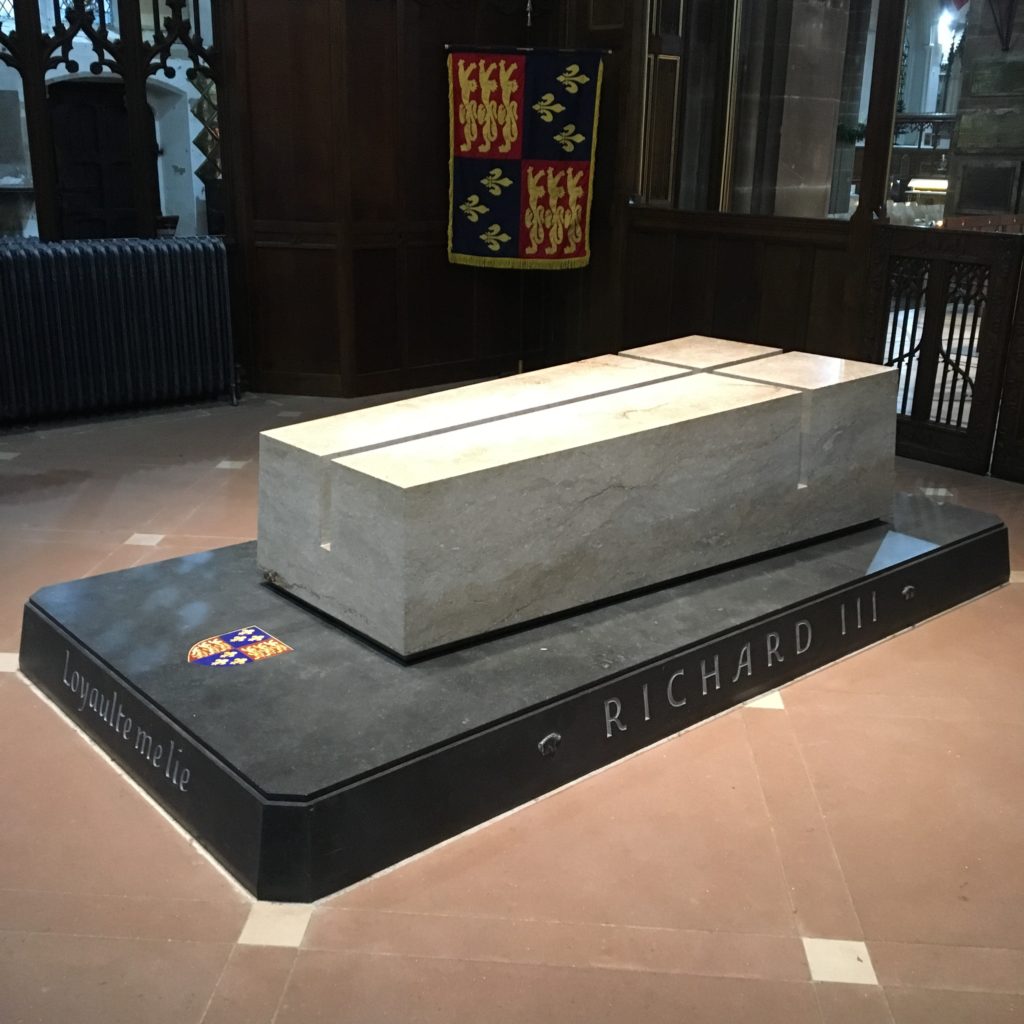 As you roll your eyes at the screen, because we never knew this man beneath the stone, I have to argue that it is possible to feel a connection with someone through reading about them. Empathy is a powerful emotion. Hold your hand up right now if you have never once fallen a little in love with a celebrity… 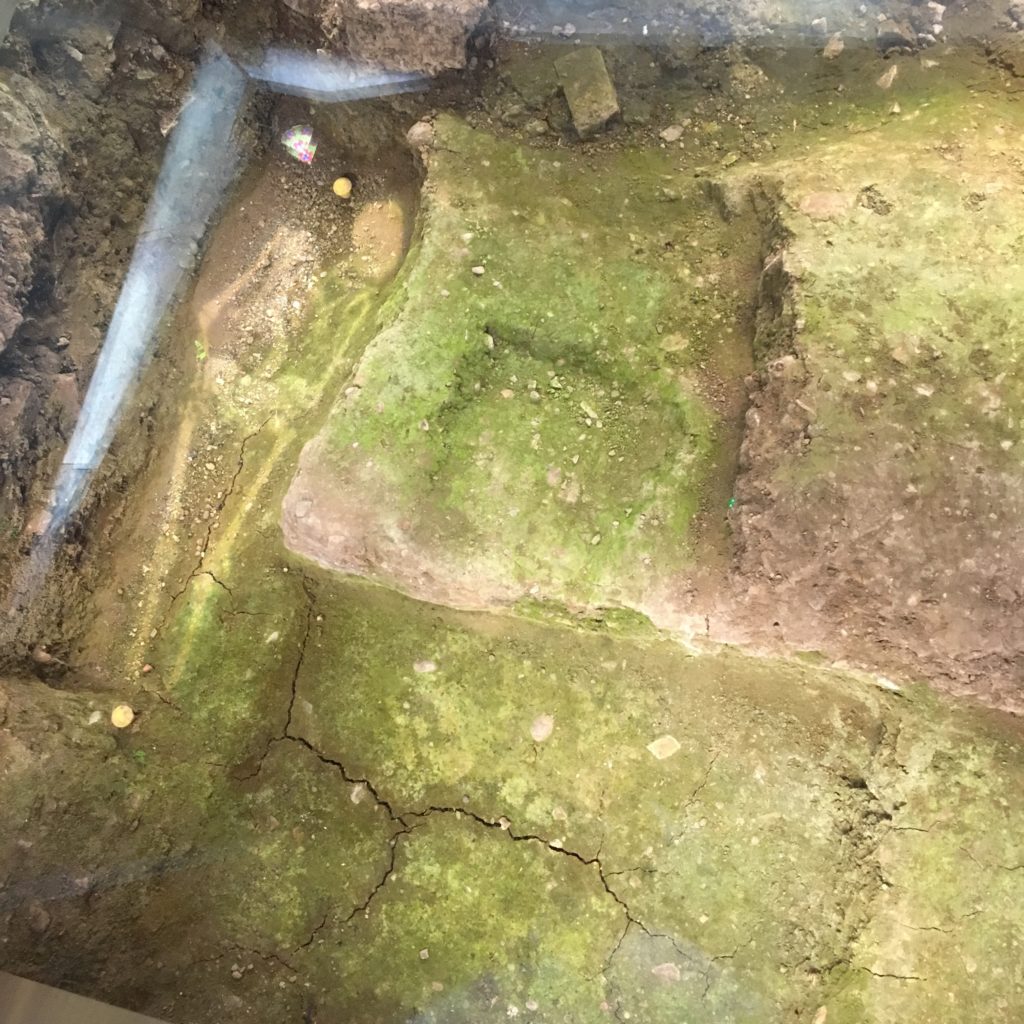 Because of Philippa Langley’s connection across the centuries, history has now been changed forever. We now know things for certain about King Richard III that we could never have known even 5 years ago. We have been able to look into his face and examine his medical conditions; the resulting conversations and dialogue changing the history books with each new discovery. 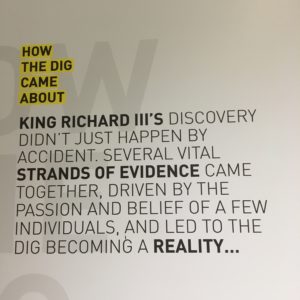 I cannot recommend the King Richard III Visitor Centre enough. Not only is it conveniently located directly outside Leicester Cathedral but it also contains all the information about the archaeological dig that you could want, loads about Richard’s story (including plenty of interactive stuff for kids, big kids too), and the most interesting volunteers ever. We could have hung around and talked to people all day! 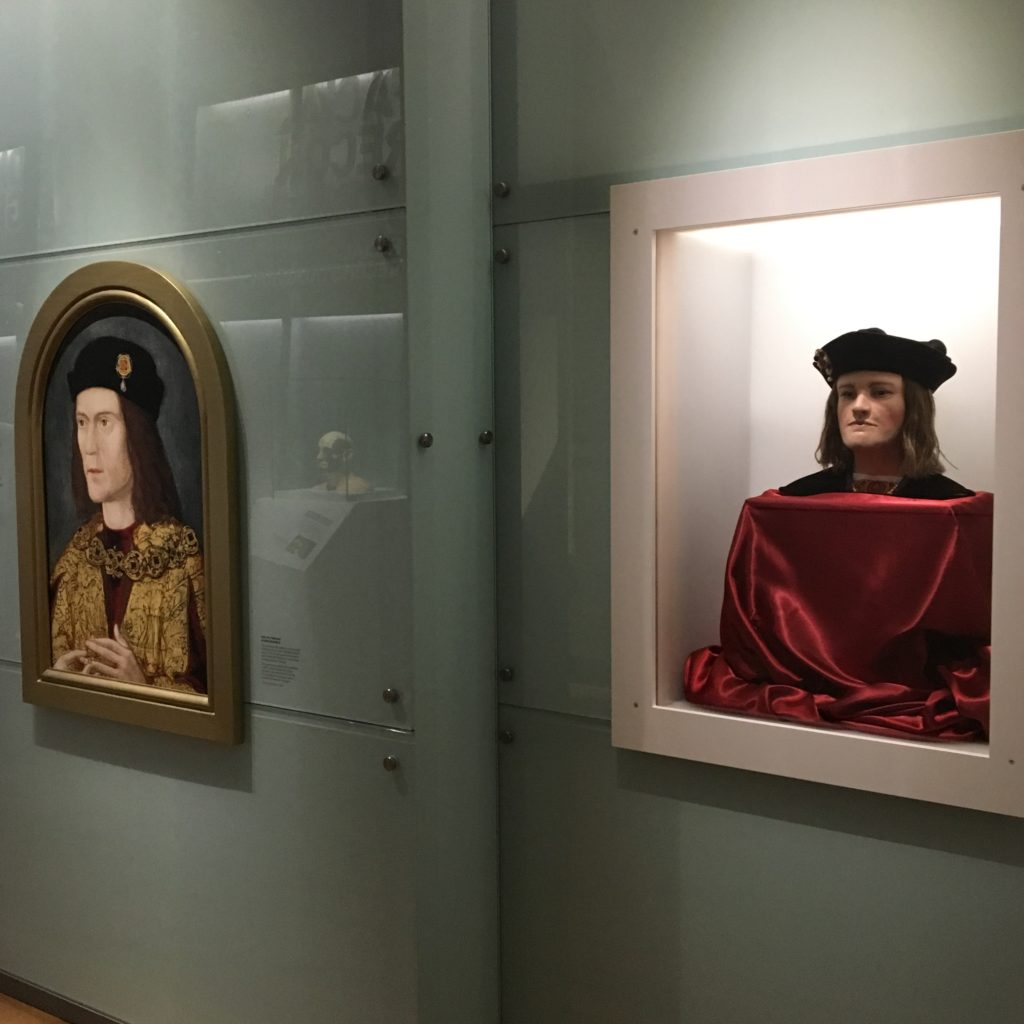 So, thank you, Philippa. Your dedication, obsession, and hard work made shit happen. I cannot tell you how much I respect the sheer bloody-mindedness that you must have had in order to make this incredible discovery for generations of history geeks. I’m not sure how much of a Ricardian cake I could make you so let’s just dig into a Pistachio & Raspberry Cake with a glass of bubbly and toast to the King. 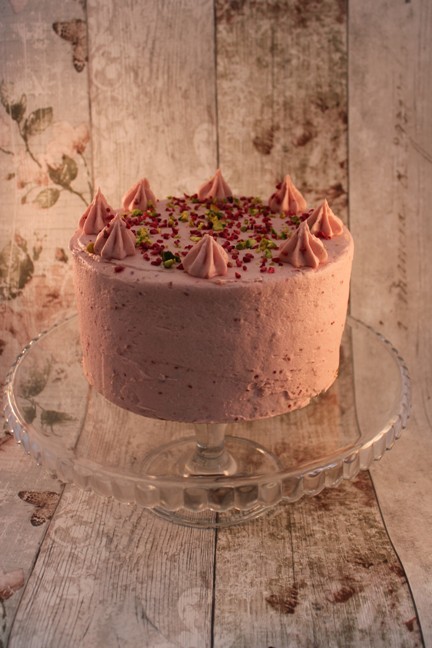 What do you want to make happen this week? Channel that little bit of Philippa Langley and get to it.