The process by which I select the subjects for my Monday blog post is far from scientific. My thought process is most often triggered by something I’ve seen in the news, a gig I’ve been too, a movie I’ve watched, something I need to get off my chest.

I feel as if this week’s subject has been blessed by coincidence as well. I’d already decided to write about the rather wonderful Noel Fielding when I ran into my friend Jamie, dressed as the Spirit of Jazz from The Mighty Boosh at Bedford Esquires’ black light Halloween party. 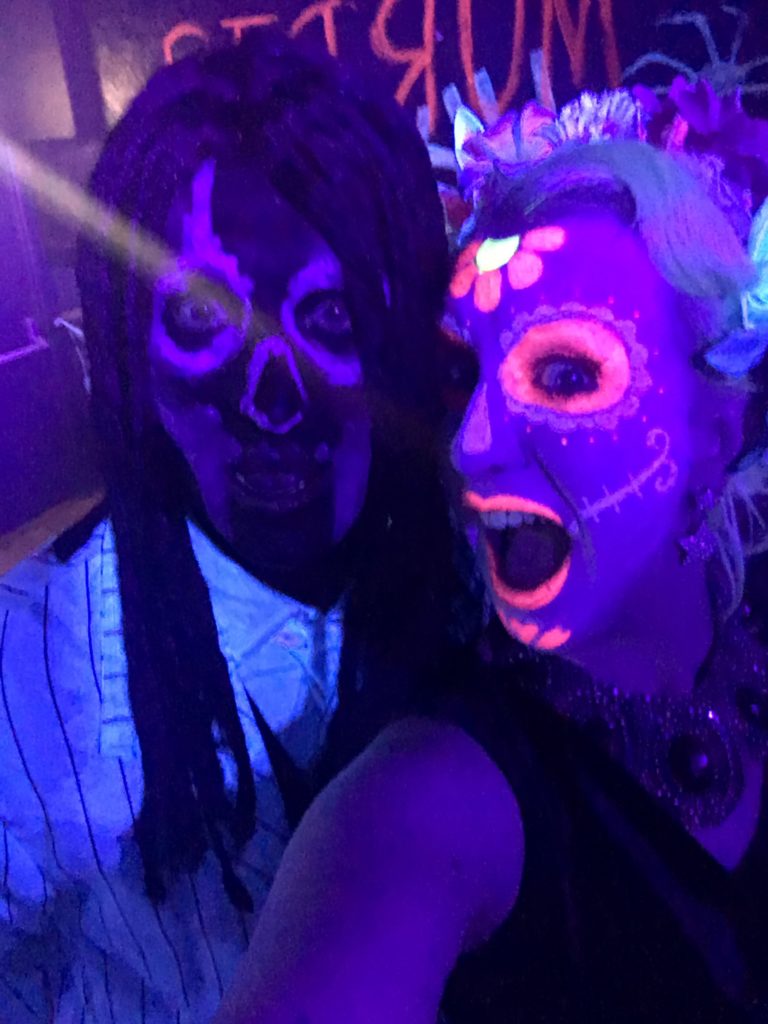 It took over an hour for me to realise that this was a friend of mine beneath the make up! I asked for a selfie as this felt like a clear sign from the gods of surrealist comedy that I should indeed bake a cake today for Noel Fielding.

I came to the world of The Mighty Boosh late; those being the days before digital set-top boxes and series links, if you were out, you missed the show. Thank goodness for Netflix! Loving my comedy as far off the wall as possible, The Mighty Boosh is right up my street and of course I developed a soft spot for fashion-conscious, not always the sharpest tool in the box, Vince Noir, played by Noel Fielding.

I’ve binged my way through The Mighty Boosh and Noel Fielding’s Luxury Comedy more times that I am prepared to admit, immersing myself fully and wholeheartedly into the fantasy zone. Both feel like a guilty pleasure as Chris’ taste in comedy does not extend to the surreal in the same way that mine does; I watch these shows alone and laugh the house down on my own. In fact, I’ve been known to download episodes to watch on trains and planes, laughing all the harder for wondering what the hell the person sat next to me thinks is going on!

If you have ten minutes to spare and want to go fully off the wall, in this clip, Noel Fielding’s Fantasy Man confronts Reality Man, played by Richard Ayoade. It’s entirely joyous.

Finding fellow travellers on the path to the fantasy zone is a constant joy of mine. Over the summer, the days spent in the Cake & Desserts Theatre were made all the more silly as Becky Cummings, Tony Rodd, Lorna Robertson and I quoted The Mighty Boosh to each other in the prep kitchen and tried to devise ways to get quotes into our demonstrations without getting into trouble for being too naughty! When Tony suggested Baileys as an alternative liquor for his recipe, I naturally asked “do you like Baileys?” to which he replied “ever drunk Baileys from a shoe?”. You will only get this if you are a fan of The Mighty Boosh – if you are not, just leave it and walk away. 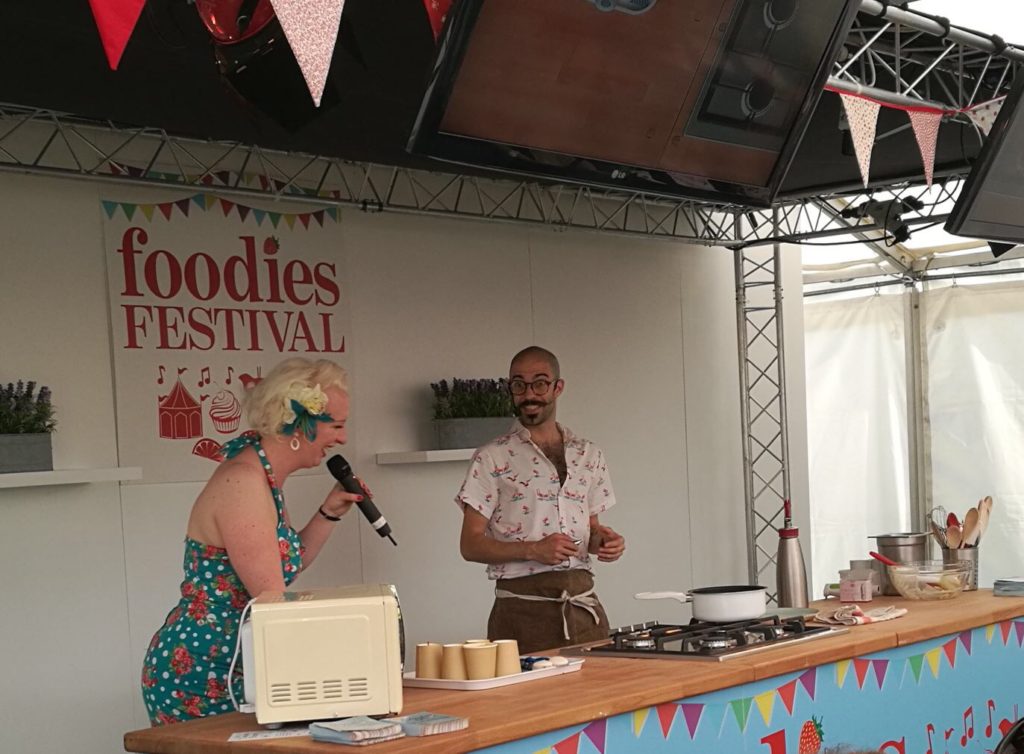 The best days were when we got these silly little references into demos and the audience picked up on them! We would often ask the audience if they were looking forward to the new Great British Bake Off with Noel announced as one of the new hosts – the reaction was always split, as I think the reviews have been. Personally, I have really enjoyed Noel’s sense of humour added to the mix of a show that we know and love.

Those little moments of Noel being daft have made me so happy! I have watched the Bake Off for many years now and am glad that it has taken this opportunity to change and not simply try to replicate the chemistry and humour of Mel and Sue – gone are the nudge-nudge-wink-wink innuendos, here’s Noel Fielding in a fridge. I took a moment to re-read the article I wrote over a year ago now about the changes coming in the world of GBBO and I stand by what I said (which you can click here to read). I’d say that Noel Fielding was my second choice to host the show after Ru Paul!

Noel has been fantastic and a highlight of my weekly GBBO catch up session – who knew that Tuesday nights were so crazy? I’ve not been in on a Tuesday night for weeks. Living the dream.

For possessing the freakish ability to make me laugh all day, every day, even just thinking about sketches, songs, or looks that I remember at often inappropriate times, I would love to bake a cake for Noel Fielding. It would be a fantasy cake, Terry Gilliam flavour, made with rainbow extract, served on a Jacobean ruff. I have a feeling that Noel has probably eaten his fill of reality cake but I am always lurking in the shadows with a real cake should his blood sugar level ever drop!