I knew exactly who it was, what it was, and when it was from but that didn’t stop me making the joke.

“It’s not every day you pick up a signed photo of Nell Gwyn for £6.”

Given that she died in 1687, I dare say a signed photograph of Nell Gwyn would set you back more than this and you’d be a fool to buy it. 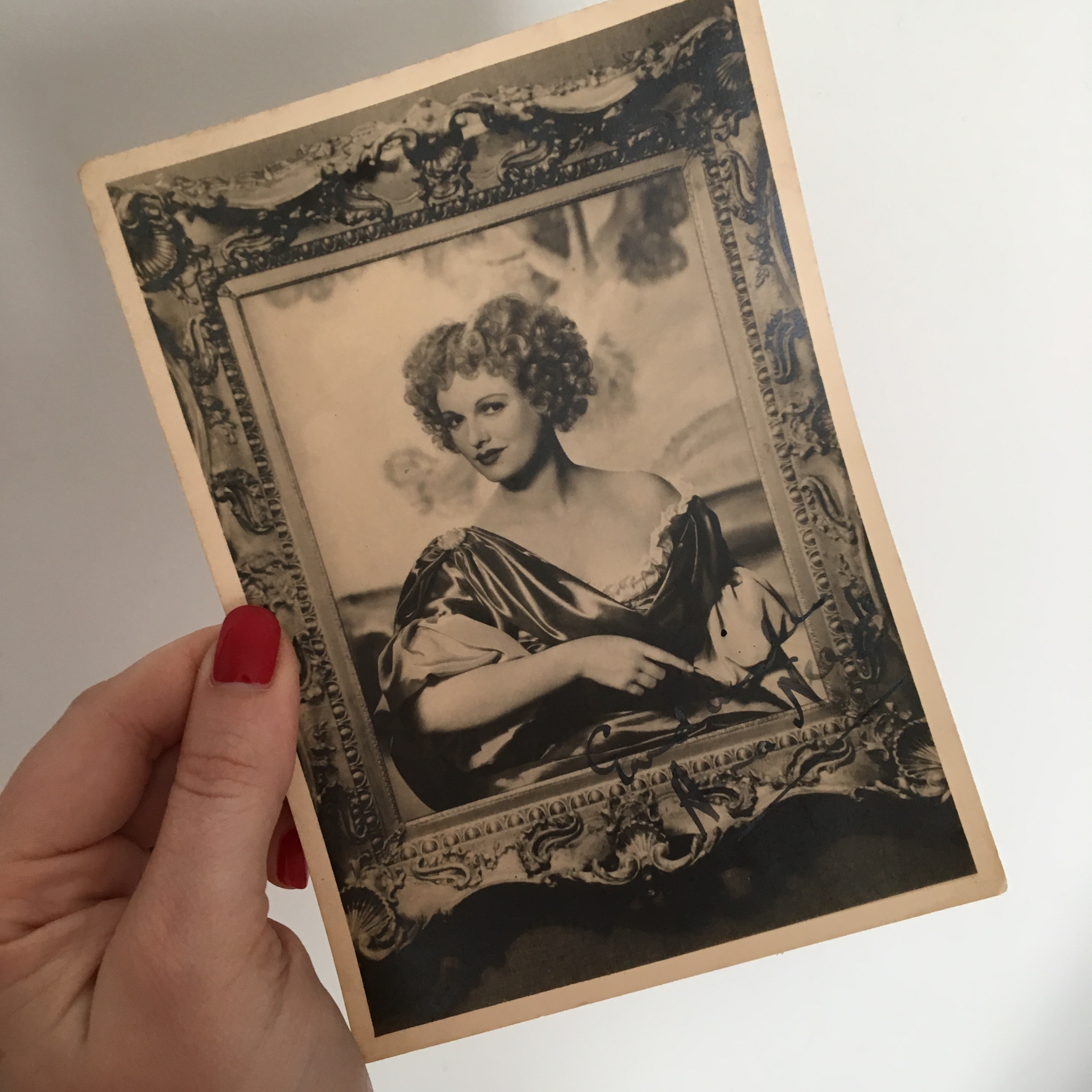 The photograph in fact shows the actress Anna Neagle in the title role of Nell Gwyn from the 1934 film. I assume this signed photograph to be a publicity still and to date from around this time. As I own the film and have something of a fondness for old movies (just a little fondness!) the picture is in pride of place in my dressing room.

There is so much to love about Nell Gwyn and, if I’m honest with you, I feel a little intimidated writing this post as I am not a historian. What I am is a fan; a fan of a specific period of history full of interesting personalities, political intrigue, art, fashion, culture, sex… yep, plenty of that. I’m such a fan of the Restoration (1660-1685) that I named my cake company after it.

The story of ‘pretty witty Nell,’ as Pepys himself dubbed her, is one that many of us will be familiar with. The actress, orange seller, prostitute who bagged herself a King for a lover has become rags-to-riches folklore.

My own reading of Nell and her romance with King Charles II has always been a little purer than this, which I know is a little odd. I will explain…

Accounts of Charles himself have him down as a lover of women. OK, yes, let’s get out of the way that he was a legendary swordsman with several publicly acknowledged mistresses and illegitimate children so we know he liked shagging.

In fairness, there was no Netflix then so entertainment harder to come by.

Charles did love women. He enjoyed their company and valued them greatly. He cannot be judged by today’s moral standards; yes, he was adulterous and most likely poly-amorous but he was product of an age in which it was not not unusual for a married man to have a mistress and the King was above all judgement, believed by many to be divinely appointed by God.

What sticks with me and many about Charles and his mistresses is that he really seemed to care for them. Maybe this is a romantic notion born of 300 years of storytelling and movies.

Still, the contemporary evidence is there. Because of her social status, Nell could not occupy rooms in the palace like Charles’ other mistresses, so he bought her a house on Pall Mall and enjoyed the short walk to her home. He did the same for her in Windsor. He did not keep the actress behind closed doors but was seen publicly with her. The King acknowledged his children with Nell – the heirs of whom are alive today in the Duke of St Albans and Earl of Burford. The King even mention Nell on his deathbed with the immortal words, ‘let not poor Nelly starve.’

But did Nell love Charles? Did Nell truly love the King or was he the ultimate meal ticket, the ultimate John to a girl on the make? Remember that I am a shameless romantic and you will guess my answer.

I’d love to bake a cake for Nell Gwyn. I’d whip us up something chocolately (a new and fashionable taste in Restoration London) laced with hints of orange as a nod to her time selling oranges in the theatre. I’d thank her for inspiring the founding of Royal Hospital Chelsea and tell her of its amazing work. I’d ask her all of the questions that we just cannot answer. Maybe I would get some clarity on my assumptions. Hopefully I would be right and I think she would make me laugh.