I hope that your weekend was filled with spooktacular parties and frightful fun. We hosted a Halloween house party here at the Whitehouse on Saturday night, which saw a terrifying bunch dancing their way well into Sunday morning. 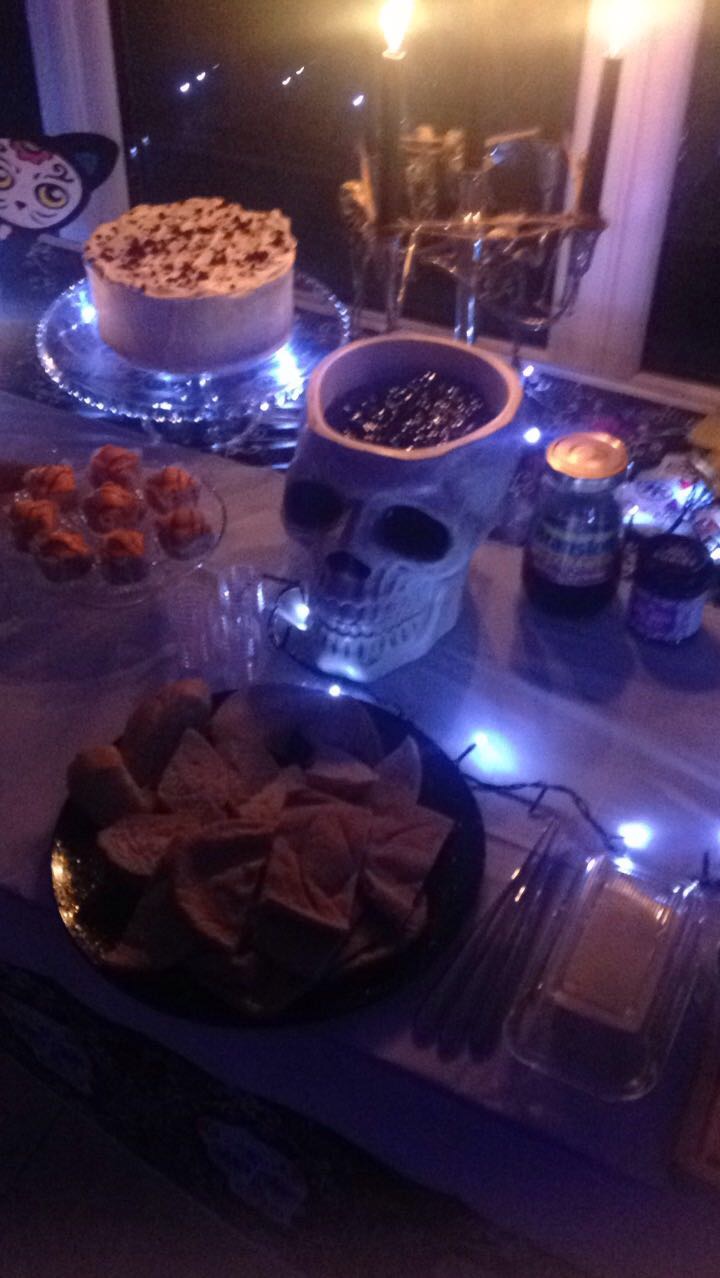 Used the excuse of the occasion to dress up as Fanny Cradock again. This time (and owing to my very limited hair and make up skills!) I was a dead version! Eyebrows drawn on a few centimetres above my own and lipstick likewise above my lips. The odd thing was how often I forgot how insane I looked – I’d be throwing shapes on the dancefloor (um, in the conservatory!) thinking I was some hot stuff, before the fright of a mirror. 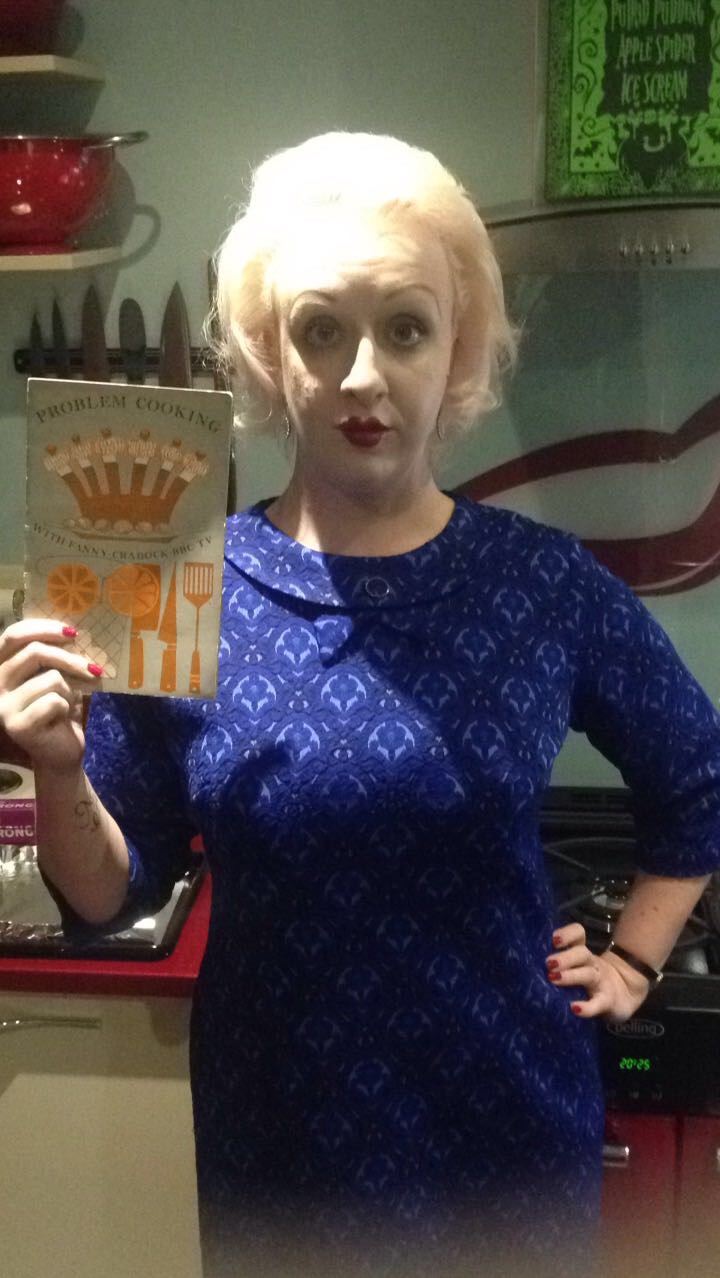 This time, at least I had a dead Johnny Cradock to keep me company! I am so glad that Chris loves Halloween as much as I do. 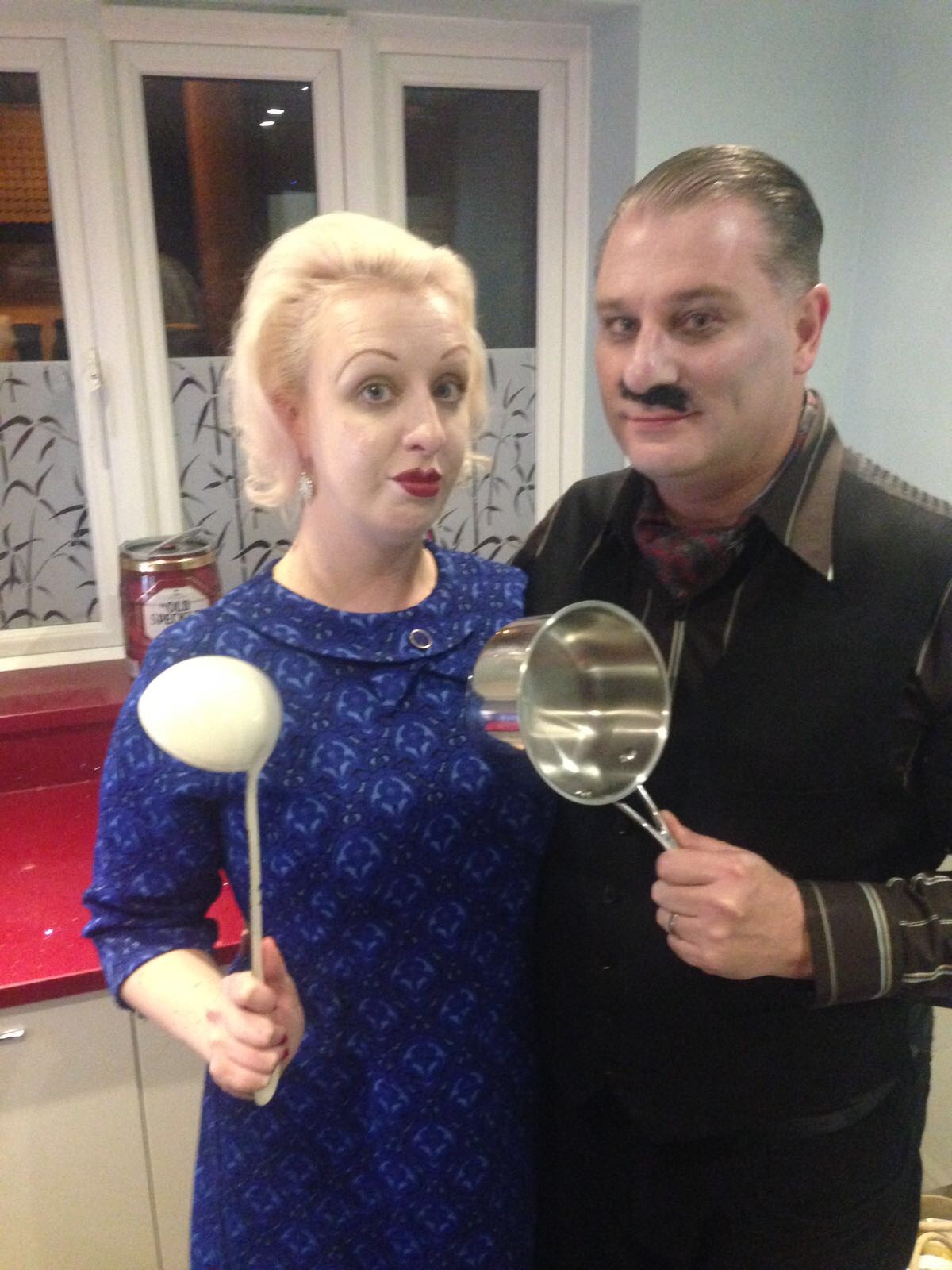 That fake moustache refused to stay on, even for this photograph!

Special thanks to my darling friend Sarah Dunn of Sarah’s Doo-Wop Dos for these pictures and for showing me how Halloween make-up should look! How fierce is her monochrome Lauren Bacall look? 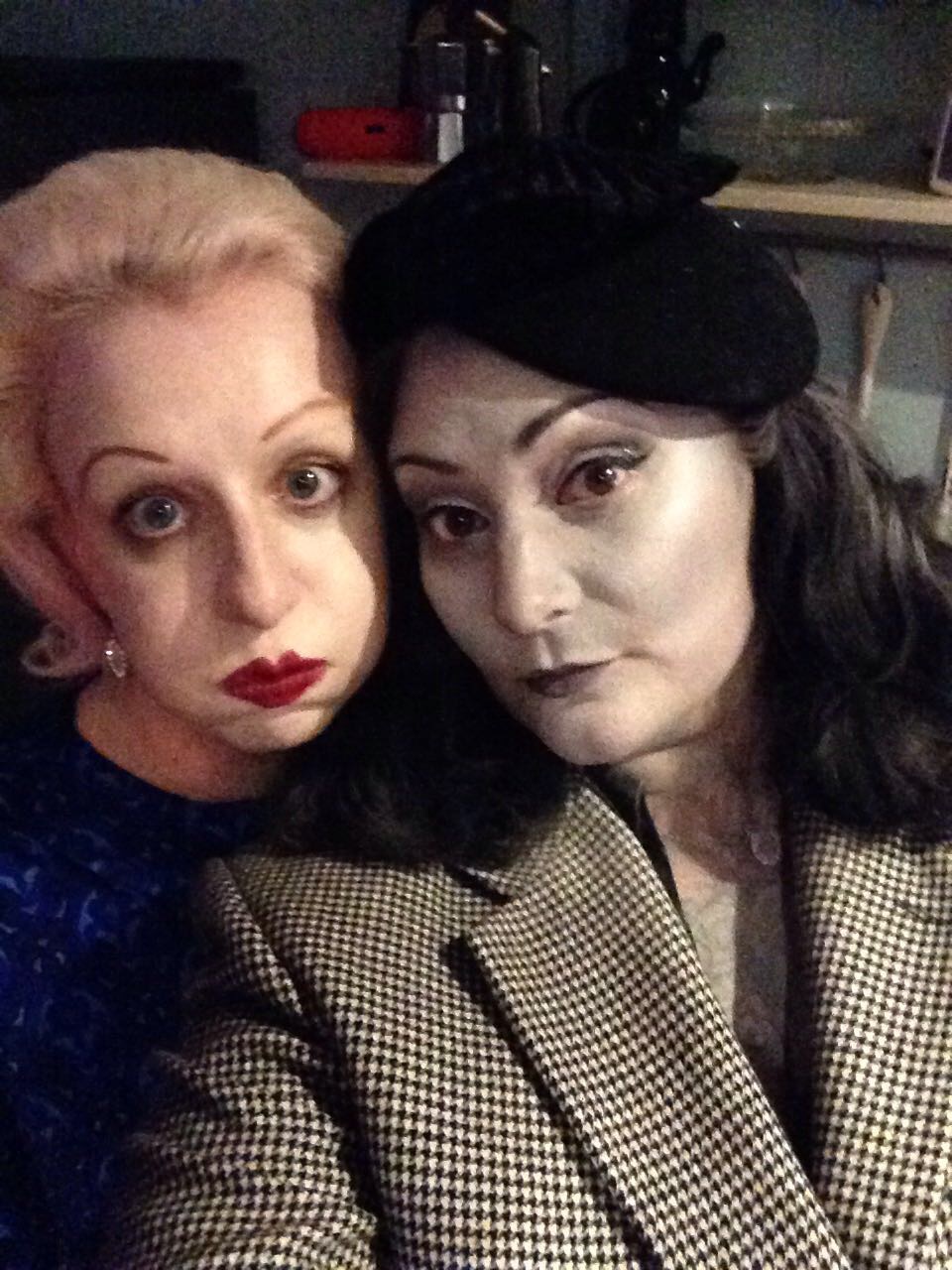 So in honour of this most scary Halloween date, I would love to bake a cake for Morticia Addams.

“The real head of the family … low-voiced, incisive and subtle … even in disposition, muted, witty, sometimes deadly.” – Charles Addams, creator of the Addams Family

As a pale child – so pale, in fact, that the doctors briefly panicked when I was born until they saw the shade of my Father! – Morticia was a necessary role model. I was never a sunkissed, healthy, outdoorsy type and it became clear very early on that my tastes where perhaps a little darker.

As a teenager, I attempted to be sullen, but that was never my style. I was pale and wearing a lot of black but was far from unhappy (except when dealing with boy problems or the occasional teenage existential crisis). This is the key to why I love Morticia so much – she was never anything but entirely pleasant, contented, and accommodating – she just happened to look different to and enjoy different things to the ‘normal’ folk.

I would even go so far as to suggest that Morticia and Gomez Addams have one of the most functioning and happy marriages in popular culture. Something for us all to aspire to!

Some couples just like to throw knives at each other. I would far rather do this than endure an episode of the X-Factor.

So I would love the chance to bake a cake for Morticia Addams. Though I am not sure if I have a recipe on my Recipe Page, that would appeal to her tastes, I would be happy to experiment and adapt a recipe to suit her. Adapting recipes is fairly simple if you remember to only change elements like for like. For example, there is no difference between 100g of sultanas and 100g of dried cranberries or a pinch of salt and a pinch of cyanide.