On Wednesday morning last week, I awoke to the news that Mary Ellis had died. I sat upright in my bed and cried before breakfast. I did not know Mary Ellis but her passing saddened me, even at the grand old age of 101, because she was one of the VERY few.

Mary Ellis was one of the very few women who flew in World War II. Their story has so often been eclipsed by the tales of bravery and service from the male pilots (and please do not think that I am in any way dismissive of them) but it is a story that needs to be told and remembered to inspire our daughters.

There was no small controversy a few months back when respected historian Dan Snow admitted to falsely telling his young daughters that women flew Spitfires in combat in WW2, his reasoning being that placing women in the thick of history would encourage his girls to dream. He really did not need to lie. Women DID fly Spitfires and countless other aircraft as a part of the Air Transport Auxillery (ATA) during the war. We may be getting into semantics here but I am pretty sure that no child dreams of fighting but rather of flying – something that women were indeed doing.

Though the ATA were a civilian organisation and not directly involved in combat, this did not mean that the job came without risks. The pilots of the ATA were tasked with flying aircraft to the airfields where they were needed. They flew an incredible variety of aircraft from small fighter planes to heavy bombers, alone and unarmed.

Perhaps Dan Snow could have told his daughters about the incredible women of the ATA. There were some 168 female pilots in this unit (to 1,150 male pilots) and they were the very first workers to be granted equal pay to the men doing the same job. This action was granted by the government in 1943. Yes, the government was aware of the hypocrisy of the gender pay gap 75 years ago!

Mary Ellis took her first flight aged only eight years old and that Tiger Moth sparked a love for aviation that never abated. In those days (circa 1925) flying was for fun and for the privileged few. Mary responded to a call for women holding a pilot’s license to apply the ATA in 1941 and passed all the necessary entrance exams with flying colours.

Mary told a story of the time that she landed a Wellington Bomber; as she stepped out from the absolute monster of a plane, the ground crew asked to speak to the pilot. Mary told them in no uncertain terms ‘I am the pilot’ but the crew still had to check the cockpit to confirm this. They were astounded to learn that this lone woman had flown such a juggernaut.

When the war ended in 1945 Mary was one of the first women invited to join the RAF, blazing a trail for countless others.

Without the women of the ATA, planes would not have been where they needed to be. Without the planes, you have no Battle of Britain, no D-Day, no VE Day. Mary Ellis was the last surviving ATA girl and with her death, we consign this group to history and make a promise to remember them.

Last year, Mary was taken up in a Spitfire to celebrate her 100th birthday. What I love so much about this footage is that I think you can see her piloting the plane in her head – the same way as you’ll often drive a car that you are only travelling in. I get the sense that flying came naturally to Mary.

Show this next video to your daughters. This was Mary a few years ago taking the controls of a Spitfire from… wait for it… another female pilot.

I do apologise for the Spitfire videos but those who know me will know what I kick I get from hearing the roar of a Merlin engine. The hairs on the back of my neck prick up to attention, almost saluting this symbol of Europe’s triumph over fascism and the memory of what this generation fought to save. Our little island was not safe whilst our cousins on the continent were threatened. We were stronger together. 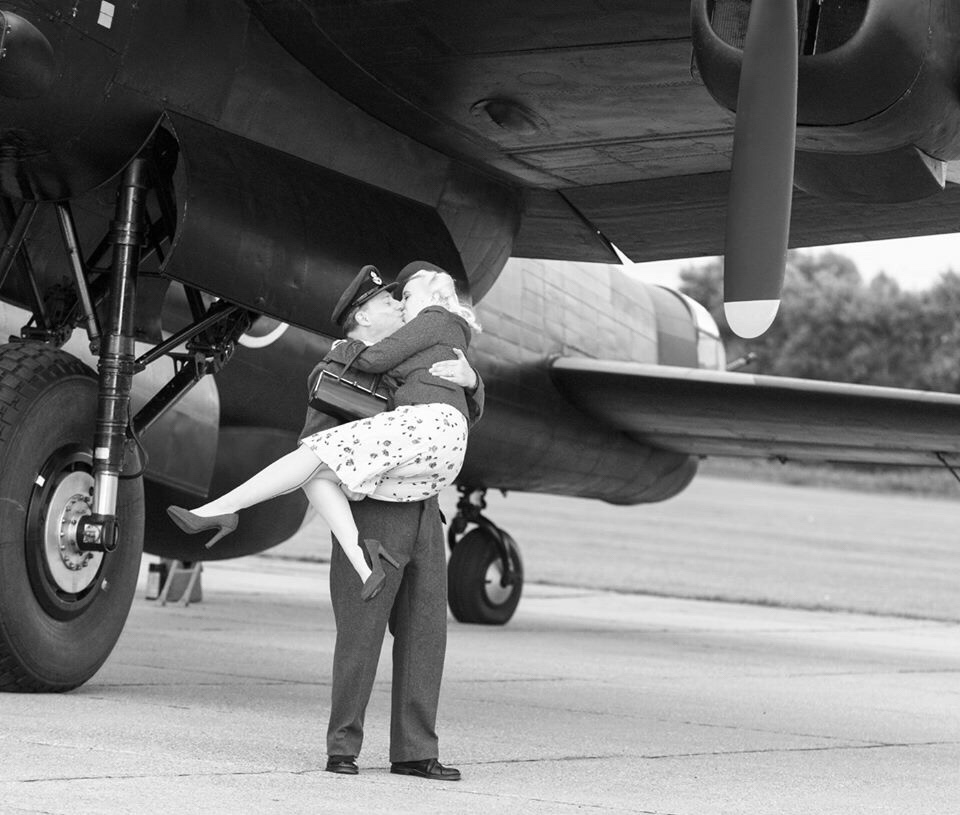 She may not have shot an enemy down but I do not think that this lessens the contribution that Mary Ellis and the ATA made to the war effort. Tell your daughters about Mary Ellis. She was a hero.

Yes, the word for a female hero is also ‘hero’.