I knew he was my kind of guy in an instant. Stick with me here, because I think you might like him too.

King Ludwig II of Bavaria (1845 – 1886) was a lover of the arts who left a very permanent mark on his kingdom in his short life.

Ludwig’s (if I’m baking for him, we’re on first name terms) first action upon ascending the throne, aged only eighteen, was to summon Wagner to court. No, not that turkey off of the X-Factor a few years back, Richard Wagner the famous German composer of all those really heavy sounding operas.

I’ve said this before in my post when I baked for Nell Gwyn; I am not a historian. I am a fan of history and am fascinated by people. Whilst I can claim to have read an awful lot about a very short period in British History, please do not use or cite this opinion piece in your GCSE History homework and blame me if you fail!

It was Ludwig’s love of Wagner’s music and his own obsession with history that ultimately led to his untimely downfall and incredible legacy. Ludwig wanted to build spectacular castles; inspired by a trip to the Palace of Versailles, Ludwig set about created a replica for his people in the middle of a lake, south of Munich. Herrenchiemsee was never finished but what exists is a partial scaled down replica of Versailles created on a budget. 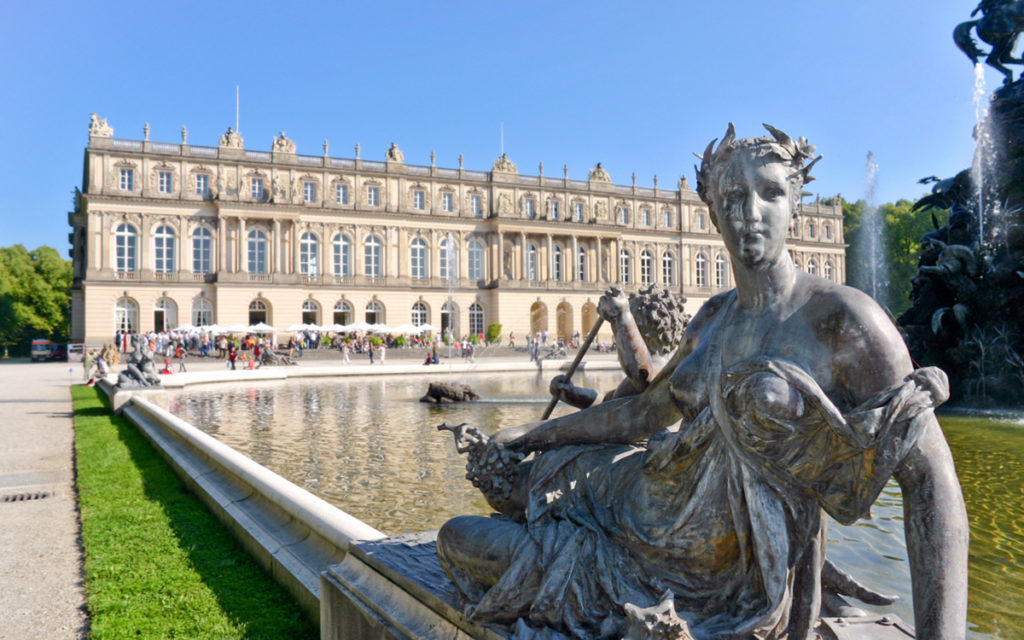 And therein lay the problem for Ludwig; he wanted to be ‘The Sun King’ like Louis XIV of France but he lacked both the funds and the autonomy to realise this ambition. His spending, though it came from his own funds and not those of the state, became a stick for his political enemies to beat him with.

Our self-styled Swan King left a phenomenal legacy in his most awe-inspiring castle, Neuschwanstein Castle, or ‘New Swan on the Rock’. You have all seen this castle before. 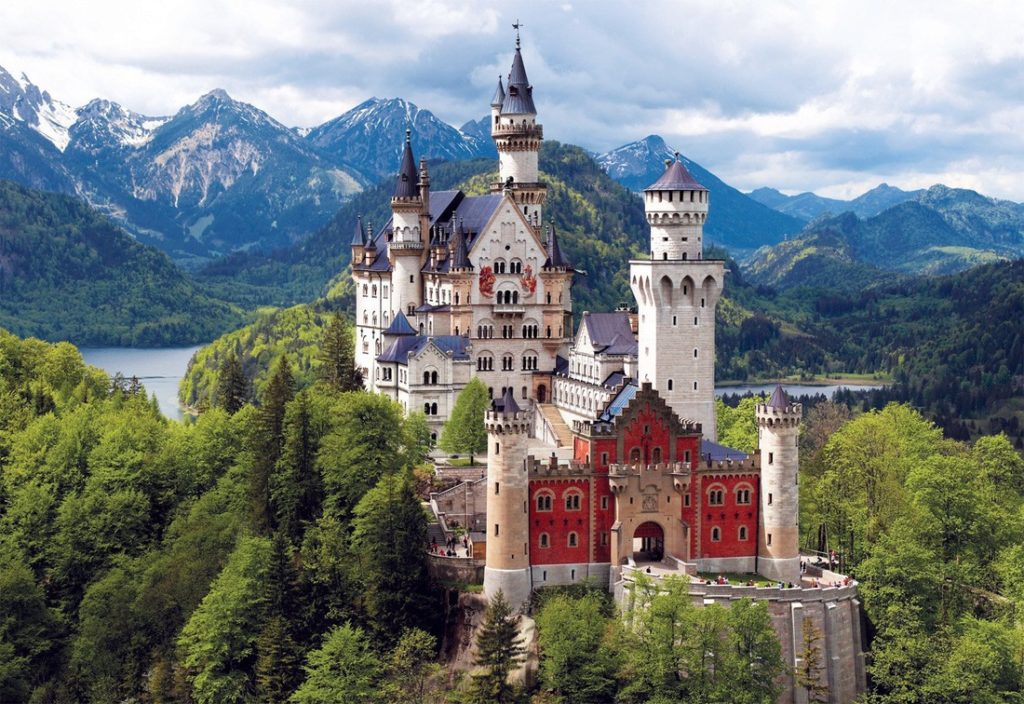 Yes, this dramatic castle, designed by Ludwig to echo Medieval times of Knights in shining armour and chivalry, was the inspiration for the Disney castle. First seen in Sleeping Beauty (1955) and used as an icon in every release since. Replicated in fibreglass and plastic the world over! 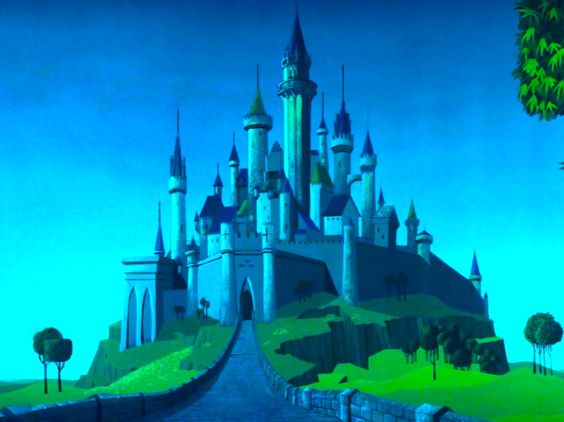 The interiors are covered in intricate frescoes depicting scenes from Wagner’s operas and the drawing room and study connected by an artificial grotto, which once housed an indoor waterfall and a rainbow machine. Anyone who know me and my take on interior design will know that I love this idea a little too much. 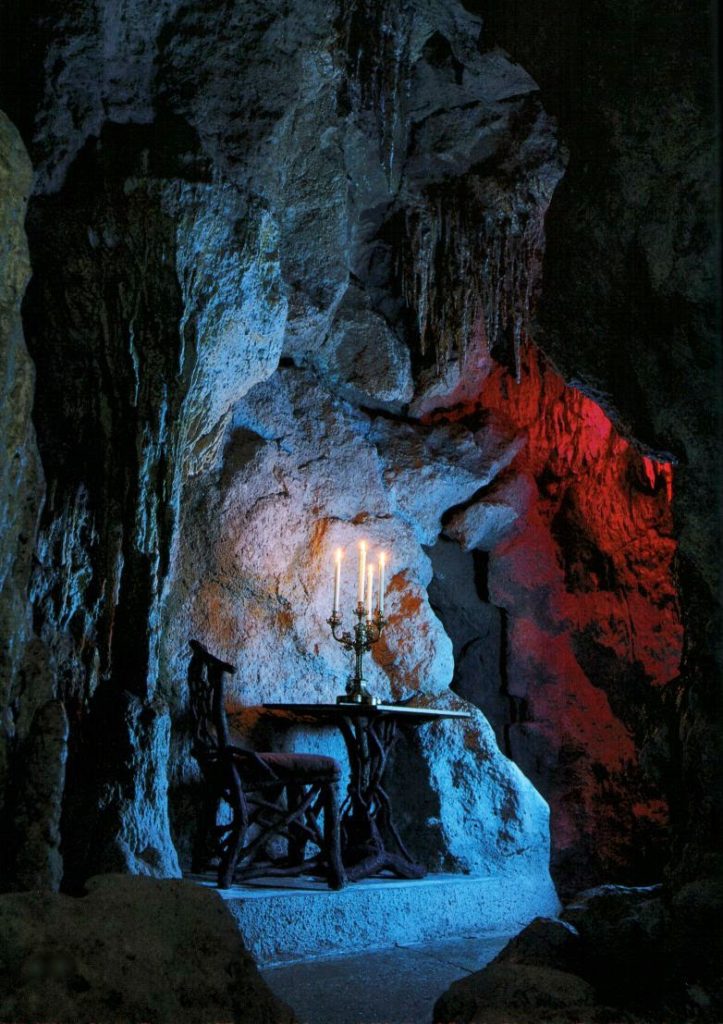 It was this extravagance that led to Ludwig being declared insane, deposed, sectioned in a psychiatric hospital, and found dead in very mysterious circumstances. At the age of only forty, the former King was found dead in shallow waters along with a male guard or companion. The death was ruled as suicide but it is widely now believed that both men were shot. Politics.

It may have been madness of a sort but I would love to bake a cake for King Ludwig II and listen to him get excited about music and art and architecture. Someone with vision enough to build a castle like Neuschwanstein is someone I want to be friends with.

I dare say that these castles have more than paid for themselves by now through the number of tourists making their pilgrimage up steep mountain roads to take a peek inside this folly… and I am thrilled to say that this week I will be one of them!

Yes, I am finally going on a holiday. It’s not work related and the only work I will be doing is eating my own weight in German pastries! I’m heading to Munich with Chris for a long weekend and we will be spending Sunday at Neuschwanstein Castle. I cannot wait. Maybe I’ll take an extra pastry for Ludwig too, just to say thank you for leaving such a treat behind him for me.