For those of you who are perhaps new to my crazy little world, I have something of an obsession with all things 1649 – 1685. Royalists such as myself date the reign of King Charles II from the death of his Father, disregarding as much as possible the Interregnum of Oliver Cromwell and his corrupt parliaments.

Cromwell did not preside over anything remotely looking like a Republic – he moved his family into the Palace of Westminster, had ermine robes and crowns made for himself and his wife, and his own son succeeded him briefly on his death. Ever read Animal Farm? All were equal… but some were more equal than others. Cromwell was no fun. 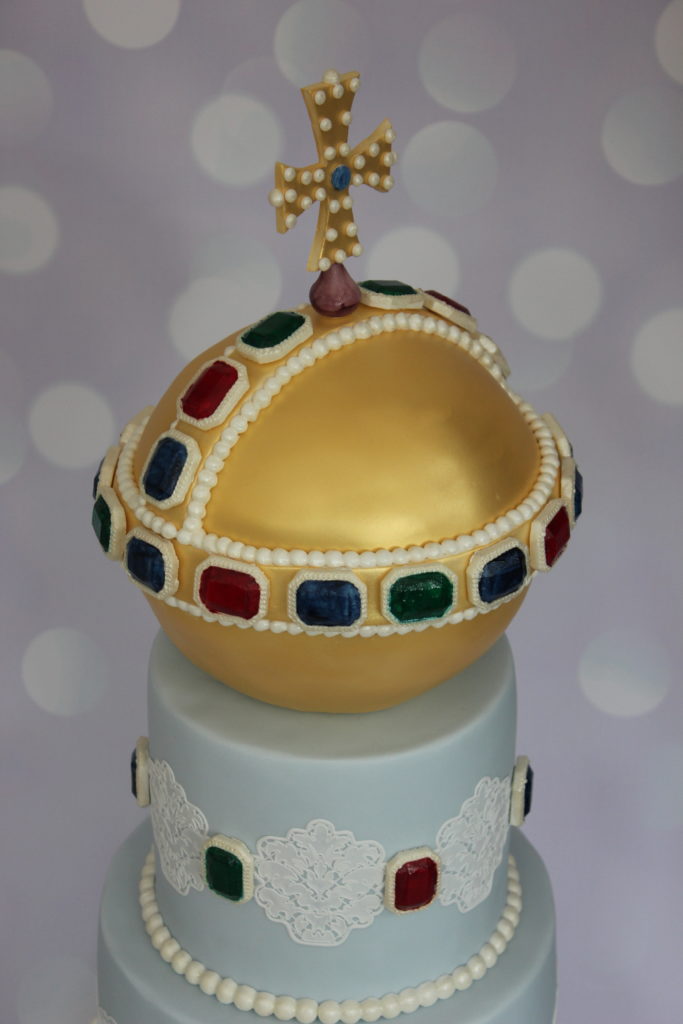 The Restoration of the Monarchy was marked with a grand homecoming procession in which King Charles II rode through the streets of London to the Palace of Westminster on his 30th birthday – 29th May 1660, 357 years ago today. The Victorians celebrated this day and called it Oak Apple Day.

I celebrate this anniversary every year, as do the Chelsea Pensioners of Royal Hospital Chelsea – one of the King’s many legacies being this first institution to care for veterans. 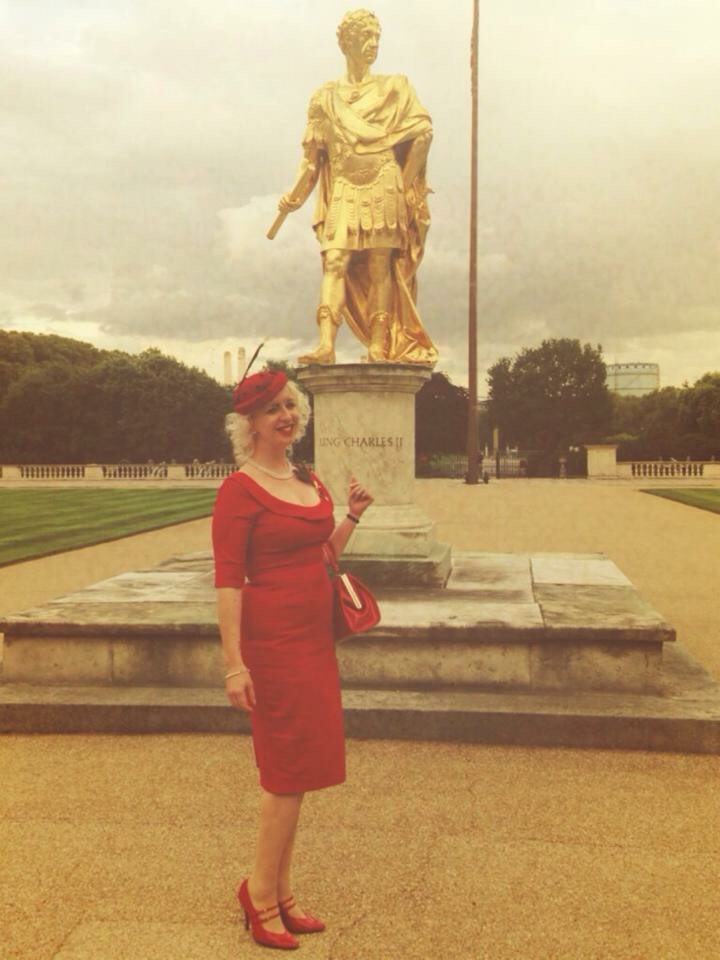 At Royal Hospital Chelsea, posing with the King

I’m not going to go on about the many reasons why I think that King Charles II was awesome – mental note made for the title of a book – because this one post would take up far too much of your Bank Holiday Monday and I’m pretty tired, being two days into Foodies Festival Syon Park. Needless to say that the Restoration saw the reopening of the playhouses, ale houses, and coffee houses  with the vastly controversial permission for women to act on the stage, royal patronage being given to the pursuit of scientific exploration, and beauty and art and music no longer forbidden. 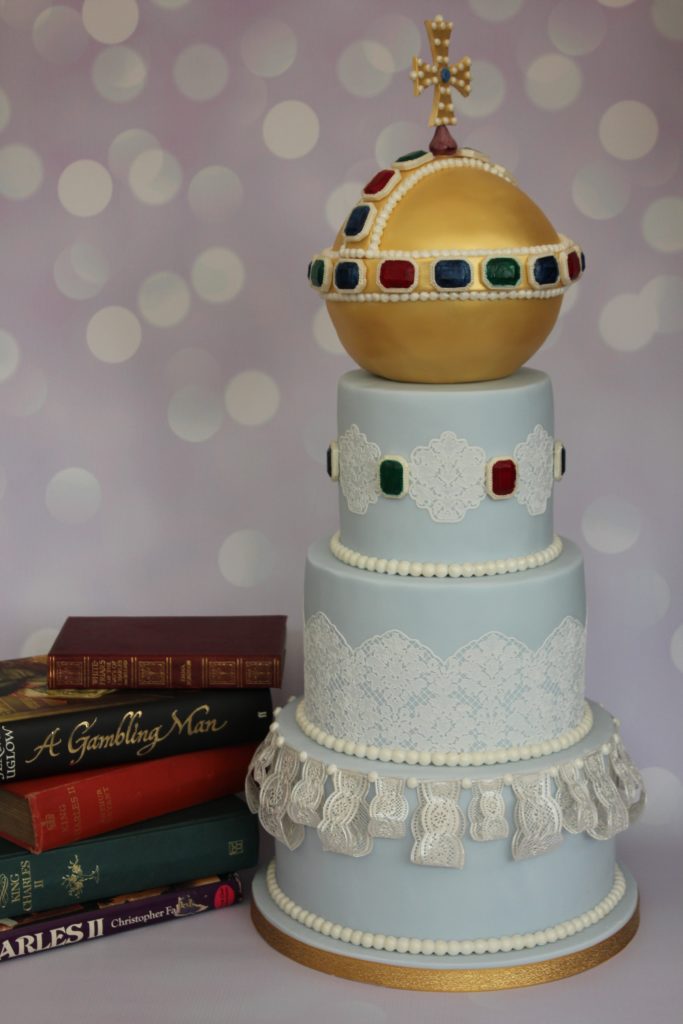 I have already baked a cake for King Charles II in the current issue of Cake Decoration & Sugarcraft Magazine. It featured the Sovereign’s Orb that was remade for the King (along with the crown that is still worn by our Queen on state occasions) after Cromwell destroyed the original ones. The colour and lace designs were inspired by the picture at the top of this post. 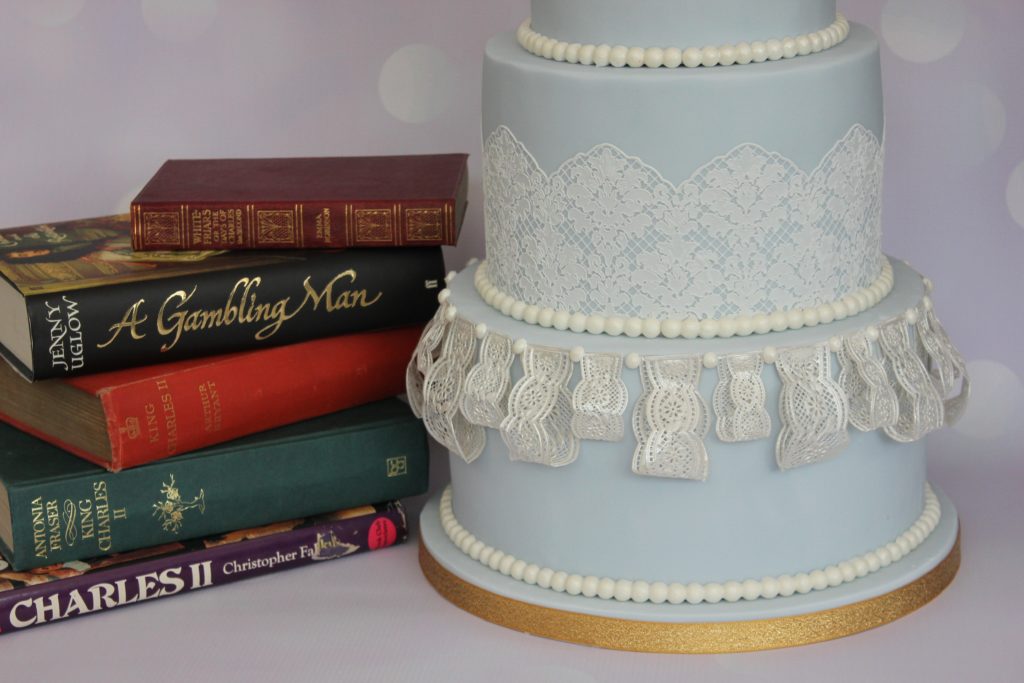 I would love to bake a cake for the King. I have read countless accounts of his life and find him completely fascinating. His wit, his easy charm, the many tales of his adventures in exile that he would tell repeatedly (embellishing the stories further upon each telling, according to Pepys) would brighten any gathering. To present him with a slice of cake, to listen to those stories, and to tell him how fabulous he is amongst the monarchs of our past would be a dream come true. King Charles II and the Restoration exist like an explosion of excitement, progress, and colour amidst history which is a bit dull either side.

I’ll be celebrating Oak Apple Day at Foodies Festival Syon Park today with the ultimate afternoon tea in the ‘end of the show show’ at 4:30pm. If you can get there, do!