This post feels like proper fangirling but, I’m just going to roll with it. Today, I would love to bake a cake for Karina Longworth. Some of you may not have heard of her but, if you are anything like me, you will fall in love with her just as I have.

It’s been quite a couple of weeks and quite a few months by extension of this. Enough of that…

What gets me through long days in the kitchen is the company of my radio. However (and a massive sigh and FFS should be inserted here) they do not always play the tunes that I want to hear. It is a constant irritation; how very dare they not play a selection of music aimed solely at me and my musical orientation. Bowie tracks, interspersed with new wave punk, a peppering of electronic pop, and new bands taking the above and running with that into the 21st century.

Is that so much to ask? Really?

I had never really listened to podcasts until my friend Leah Kardos recommended You Must Remember This to me. You know that one friend who is your perfect tastemaker? Leah is always spot on so I knew that I would enjoy this if she said I would so I queued up a few episodes on Spotify for a long car journey. 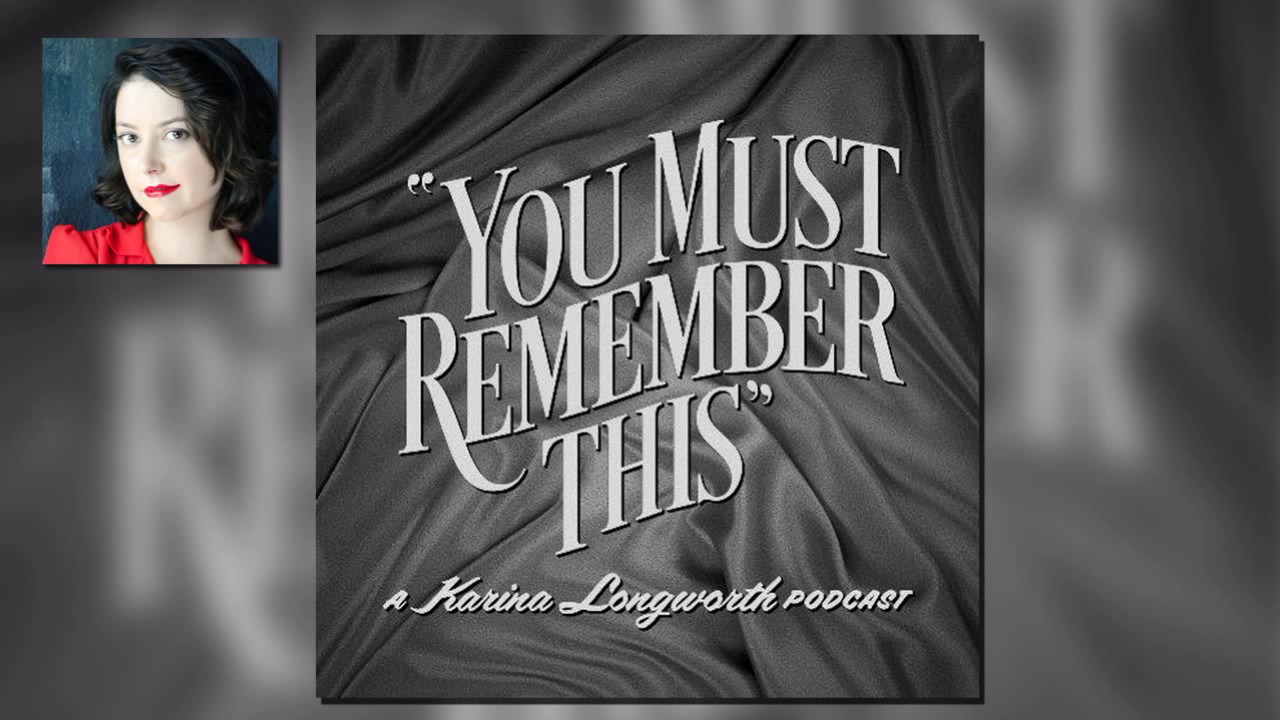 You Must Remember This explores “the secret and/or forgotten histories of Hollywood’s first century.” The episodes I selected for my journey were three hour-long episodes on the life of Marilyn Monroe. Karina Longworth researches and presents these episodes meticulously and her insight is fascinating. Long hours sat behind the wheel flew by and I was hooked.

The Marilyn episodes were aired as a part of a series called ‘Dead Blondes’; I consumed this series, with its episodes on everyone from Grace Kelly, Harlow Jean (picture of a beauty queen, to quote Madonna) and my appetite for more and more has still not been satisfied. Another series that I have devoured was called Star Wars, focusing on what certain stars did (or in some cases, did not do) during World War II. One episode in this particular series really made me fall in love with Karina Longworth.

Star Wars Episode II: Carole Lombard and Clark Gable becomes a twisted and, ultimately, tragic love story. Like something straight out of Shakespeare, these star-crossed lovers could never quite get it right; their marriage was frought and ended with Gable refusing to accept that his wife had died in a plane crash until a fragment of a ruby brooch was brought to him as the only identifying item remaining of her. Lombard had only flown (preferring to travel by train) to be home to her husband more quickly, having reconciled over the telephone, travelling after another falling out between them. With 15 servicemen also aboard this flight and with the US being at war in 1942, the plane may have been targeted and this makes the decision to fly even more of a calculated risk to get home to Gable who, grief-stricken, signed up to active service almost immediately after the accident.

Truth is always that much more gut-wrenching than fiction and, as I listened in my busy little kitchen, I started to well up. Then Karina’s voice cracked and I cried too. It was just so sad.

There are many incredible stories in the lives of these really very human and relatable stars who we so often only see in black and white. As someone with a lifelong love of classic Hollywood, many of these characters are familiar to me but I know so little of their lives. Through listening (rather obsessively) to You Must Remember This, I feel like I have a far greater appreciation for the art of an enduring image.

A small group of regular human people, with varying degrees of talent, have achieved immortality through the machinations of Hollywood. Isn’t that remarkable?

I’d love to bake a cake for Karina Longworth and just hang out being massive film geeks together. I’d ask her to put together a programme about The Marx Brothers, maybe even a series with an episode dedicated to each brother… or a series about Jewish comedians from The Marx Brothers to Woody Allen. In my post about Mel Brooks some months back, I wondered if my sense of humour has an ethnicity and, if it does, I’d love to understand the lives behind it.

If any of this is peaking your interest, do check out the list of available You Must Remember This episodes by clicking on any of the pictures in this post or by searching for You Must Remember This on Spotify or whichever service you use. I highly recommend the Marilyn episodes, the one about Arthur Miller in The Blacklist series as an extension of this, the episodes about Madonna, and the one on Judy Garland in which her death essentially kickstarts the Stonewall riots.

Thank you, Karina, for filling my crazy world with tales of lives far crazier than my own. Perspective is a wonderful thing.