I mean, who wouldn’t right now?

I am not a football fan, though I was very much raised to be. My baby photos show me snuggled up on a knitted claret and blue baby mat, its soft woolen fronds luring me into a false sense of security; as the fifth generation Aston Villa supporter in my family, the year of my birth 1982 would be the last time any significant silverware was brought home to Villa Park. Presumably, I was born under a wave of enthusiasm and positivity which I have weathered for nearly 36 years – that ‘aw’ noise that people make when you tell them you support The Villa. 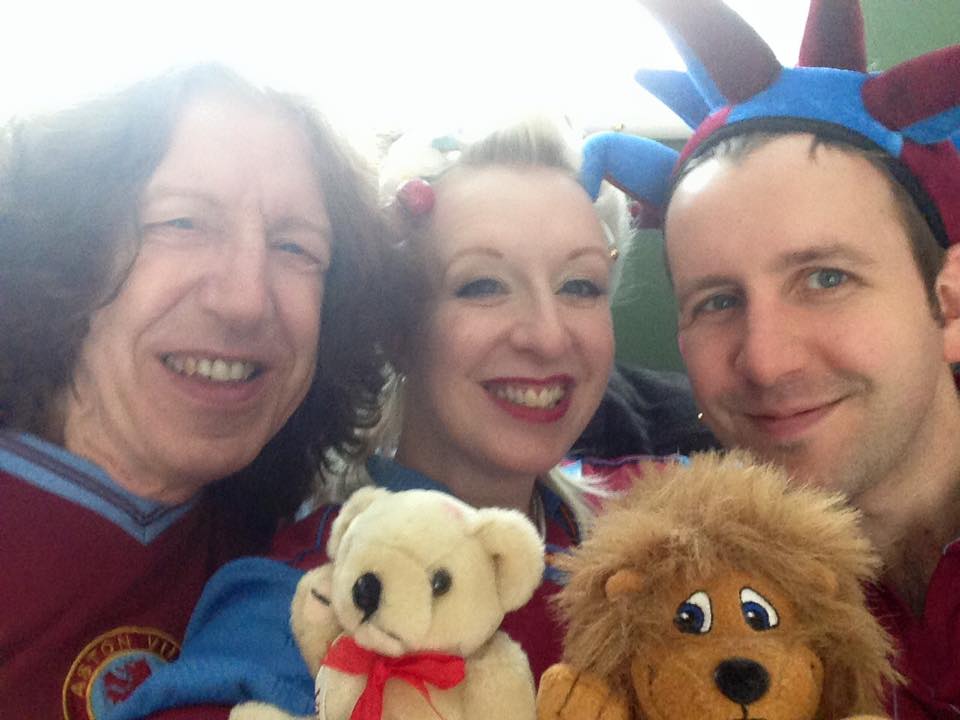 My upbringing was drenched in football; there was The Villa, and England, and anyone else who happened to be kicking a ball that day, including the beach football tournaments that my little Brother somehow found to hog the television out of season! Both my Mum and Dad are huge Villa fans and it was really futile to try and resist in that environment.

Plus, I figured out very early that a decent knowledge of football was a very useful tool in talking to boys at school. No, I don’t need the offside rule mansplaining to me. My long blonde hair came in useful in the early stages of Euro ’96 as I could conceal a single headphone within it and listen in to England games played during class and signal any goals to my friends.

It is here that we pick up the subject of today’s fantasy bake, Gareth Southgate. A relatively new signing to Aston Villa at the time of the Euro ’96 tournament, Southgate was nevertheless a part of my extended family as any football fan will appreciate. When the penalty was saved that saw England out of the competition, Southgate took the blame and I took the flack. It was really crappy for a 13 year old kid to have to defend her defender, who really shouldn’t have had to take a penalty anyway if any of the strikers had been brave enough to step up.

It’s bizarre because, even typing this post out today all these years later and having not watched a match in years, I still feel the need to stand up for Gareth Southgate. I knew he was a decent guy. How dare anybody hold him accountable for the entire team’s failure to win a game and leave it all to ‘jumpers for goalposts’ AKA a penalty shootout?

… though my heart ached to watch it. I just wanted to give him a hug.

Today, it feels as if the whole country wants to give him a hug and it feels as if, 13 years later you guys are catching up! I would love to bake a cake for Gareth Southgate, not just to reflect England’s current successes, but for setting the best possible example in a time where positive role models feel a little thin on the ground.

Watching Gareth Southgate throughout the current World Cup tournament has been a masterclass in good behaviour. I present for your attention, Exhibit A or ‘how to be a good winner’.

Instead of taunting a losing team, why not try being a decent human being with a heart and showing some compassion? So many people get very VERY excited when England win a game (I get it, believe me I do) but next time you celebrate, ask yourself ‘what would Gareth do?’. Party, hug your friends, console the opposition, don’t cause criminal damage.

Then we come to Exhibit B or ‘how to dress like a gentleman’.

There is a myth that glamour applies only to the female of our species. I am not naturally pretty – I look like a Moomin without my make up – but I make an effort to dress nicely, to do my hair, anything to make myself look like the best version of myself. This in turn makes me feel better about myself and I get lots of lovely compliments when I am out and about. This then makes me feel good and I pay this forward by always complimenting people I meet. Smiles breed smiles and this cannot be a bad thing.

Gareth Southgate has been a great advocate for male glamour over the past few weeks. Apparently sales in waistcoats reflect his influence and I couldn’t be happier! Always beautifully turned out and impeccably groomed, Southgate looks every inch the boss. He looks cool and confident and really handsome. Guys, this stuff works. In the same way as I look to classic Hollywood for inspiration, you just cannot go wrong with a short back and sides, neatly styled and smart tailoring – think Clark Gable and Humphrey Bogart. Even the Fab Five from Queer Eye would approve.

Just in anticipation of any ‘oh but it’s really hot at the moment’… suck it up… I’m out there in a waist-cincher and heels! I’m not asking for much. Suiting is available in linen as well as wool. Throw your flip-flops in the bin now.

Gareth Southgate is at the forefront of a little wave of enthusiasm and positivity which is wonderful to witness. No, I am not converted back to the football-loving fold despite watching the England vs Columbia game and enjoying the excitement of it all. There are only 24 hours in each day and I am already busy with cake, old movies, and 17th century history; I just don’t have 90 minutes to spare! What I am loving is watching you all being happy. Please do not jump on car bonnets, especially those belonging to the emergency services.

I would love to bake a cake for Gareth Southgate, today, tomorrow, 22 years ago. Glad you can all see what I saw now.