Those of you who follow me on Twitter will know that my Monday nights are consumed with an unbridled passion… for University Challenge.

I simply adore the quiz show and am convinced that, with my regular weekly dedication, I am becoming more smarter. Bigly.

Oh, I can answer some rounds beautifully but the science questions may as well be asked in Klingon. I’ve got nothing there. I’m not a complete dunce but I bow to the superior knowledge of all the contestants appearing on this show… even the thick ones. You know, the ones who think that a song by Bauhaus is by The Velvet Underground. Thickos.

Every series of the quiz produces standout contestants; the characters whose knowledge is surpassed only by their personality, the ones we look forward to seeing and do a little cheer from the sofa whenever they are on.

No, this is not the final but a semi-final featuring two of the most popular contestants from this series; Eric Monkman of Wolfson College, Cambridge, and Bobby Seagull of Emmanuel College, Cambridge. Both Monkman and Seagull captain their respective teams with a mix of extreme passion and good-humour. They genuinely look like they are having a blast.

Unfortunately, only one team can proceed to the final. One of my favourites must triumph and one must go back home to Cambridge.

Cambridge is my hometown. I was born in the Rosie Maternity (that will mean something to people from Cambridge) and I still get a warm fuzzy feeling whenever I visit. It may be 15yrs since I left but it still feels like home. 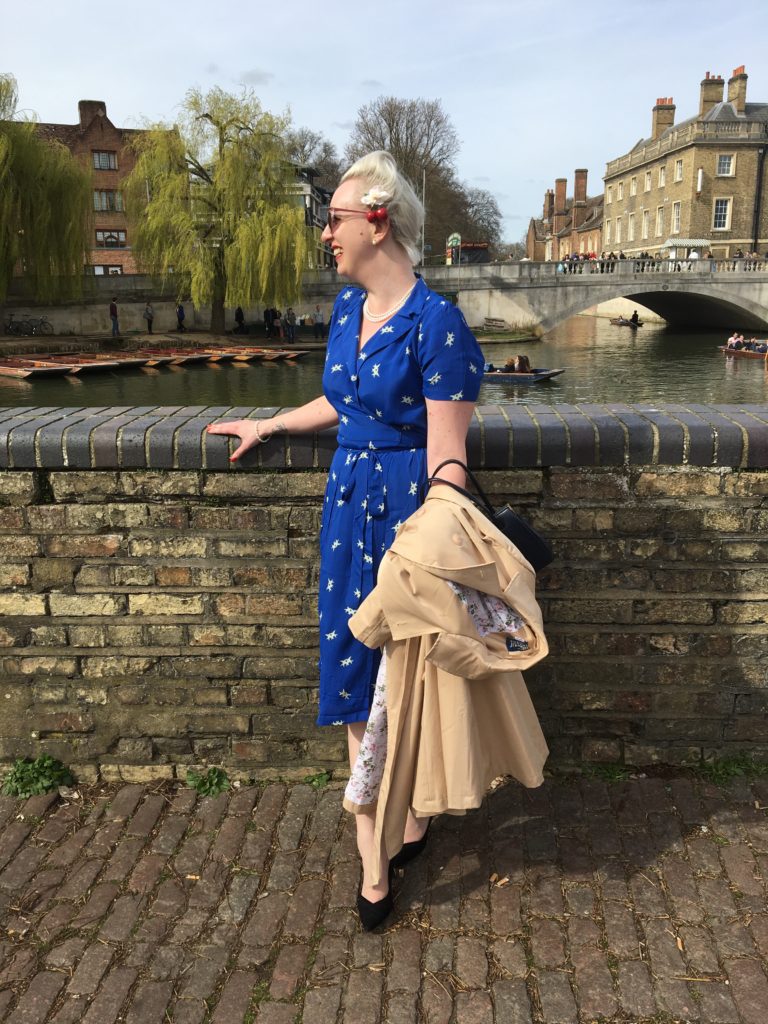 This is me yesterday, laughing at a pair of ducks who had just walked past on the wall, down by the river.

Because the sun was shining yesterday, I took Chris on a little walking tour of Cambridge. I did it in heels and he got blisters! Growing up in a beautiful historic town gives you literally zero regard for it whilst you are living there. I proudly showed Chris the tree that my friends and I used to sit and drink under, listening to music and talking rubbish for two years.

Now that I am older, I want to visit the universities as much as the pubs. We trekked over to Wolfson College to support #TeamMonkman… 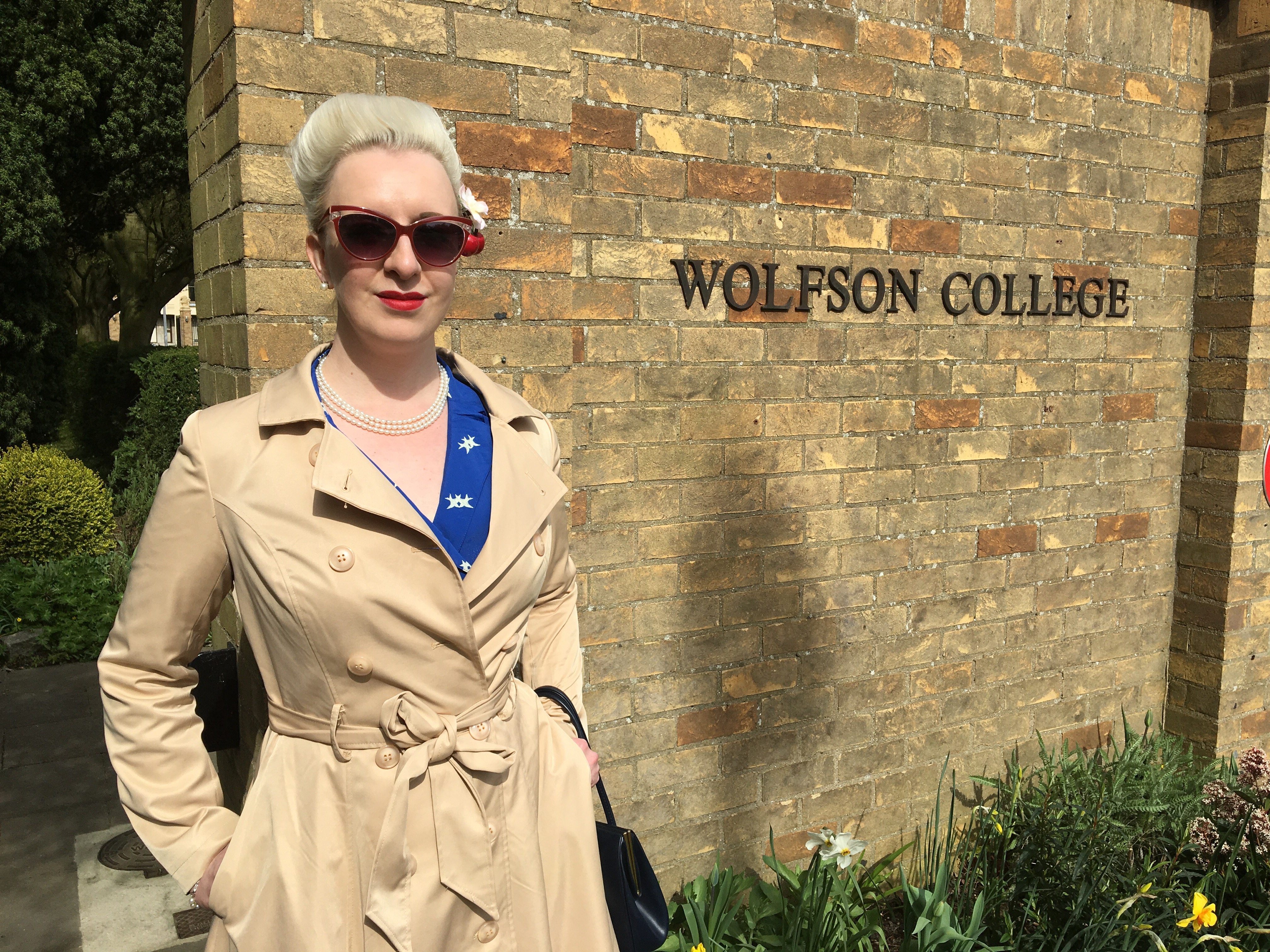 And later in the day, we explored the grounds of Emmanuel College and took a moment to be #TeamSeagull.

Then we went to the pub. 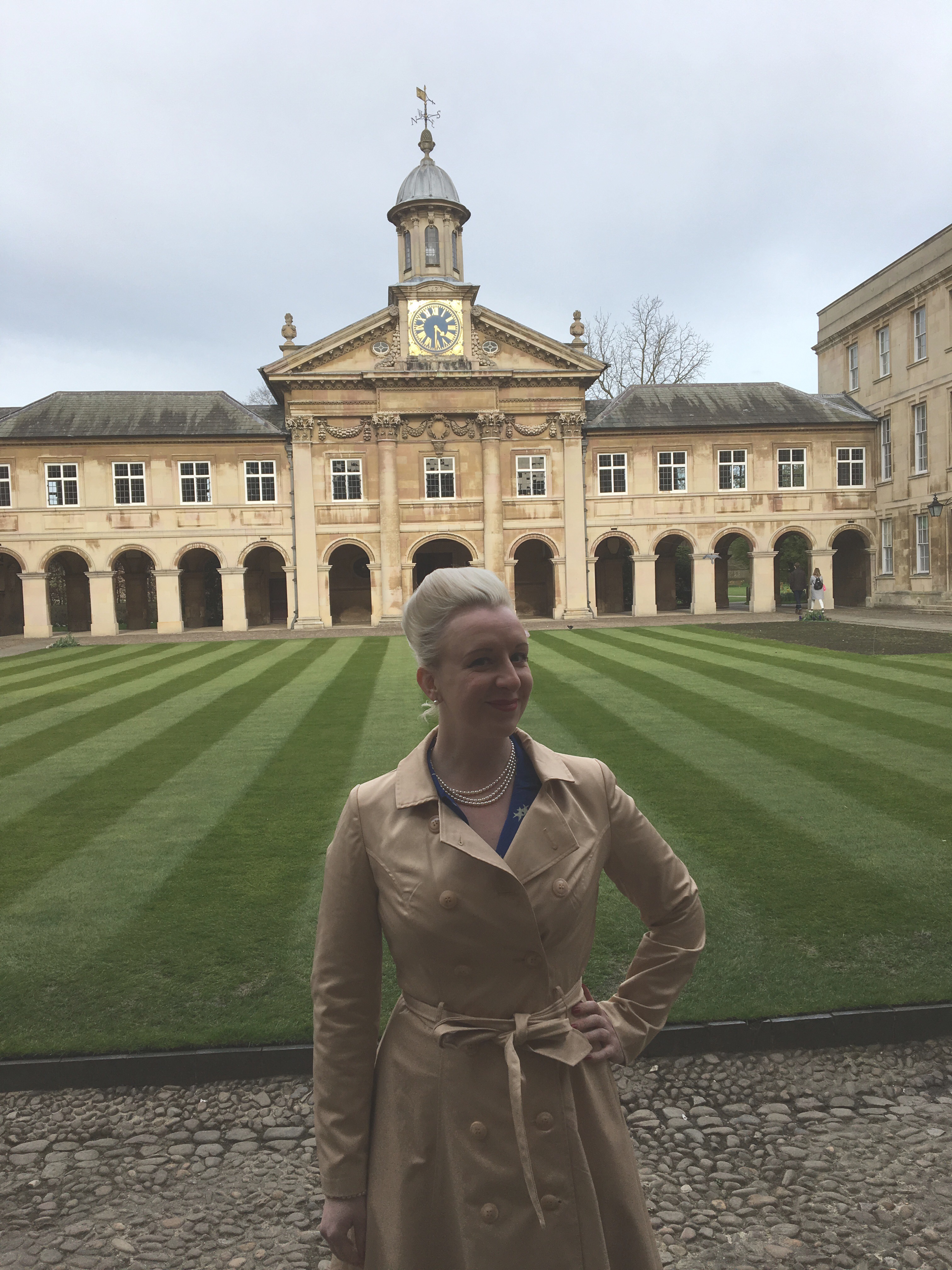 Tonight’s match will be difficult as my allegiance has always been to the Cambridge teams. Who shall I cheer for? Which college will emerge triumphant?

Because both contestants have responded to the media rivalry that has been created around them with such grace (see above), I would love to bake a cake for them both. Regardless of who triumphs tonight, I know that both captains and their incredible teams will be painting the town red when one of them goes on to win the whole series. I’d love to join them on the King Street run, Cambridge’s most famous pub crawl, tottering along with them in my heels with my cake.

University Challenge is on BBC2 tonight at 8pm.