I have written about my love of drag before in a Monday post dedicated to Bianca Del Rio, the Queen of Queens. I love everything about drag and I think that I always have; from a childhood spent watching Tony Curtis and Jack Lemmon disguising themselves as women in Some Like It Hot (Billy Wilder, 1959), to the gay club hostesses of my teenage years, to the past few years which should probably be dated from AMR – that’s Anno Mama Ru.

Season 6 of RuPaul’s Drag Race remains a high point of the show. The talent on that season was unreal. I am sure that I’ll write about Adore Delano one day as I love her enough to have a limited edition print of her by the wonderful Jason Kahl above my office desk! 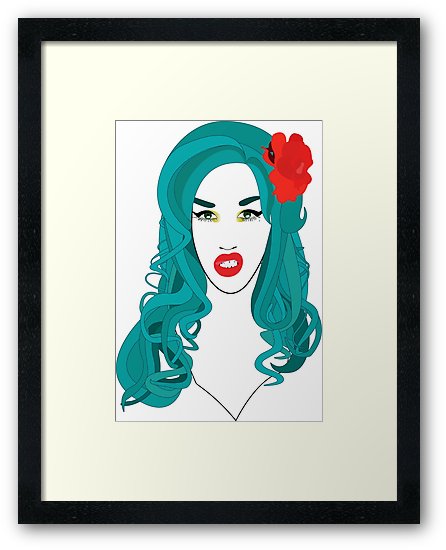 Adore Delano is a F*cking Mermaid print by Jason Kahl (click the picture for full details and to order!)

Joining Bianca and Adore in the final of that season was Courtney Act who turned the party with one amazing runway look after another. Let’s just take a moment to appreciate them.

I don’t think it would be unfair to describe Courtney Act as flawless. Never again have we seen such a perfect top three – the comedian, the punk, and the model.

You don’t get to the final of RuPaul’s Drag Race just for being pretty… but my goodness, it sure does help! The artistry employed by Shane Gilberto Jenek to transform into Courtney Act is incredible.

But this does not a finalist make. Courtney Act came into her own in any acting or singing challenge, as well as being pretty nifty with a sewing machine. She’s an all-rounder and a star who makes stardom look effortless. I get the sense that this swan has a pair of (fucking fabulous) legs flapping away beneath the surface of the water.

Watching Courtney Act’s star rise post-Drag Race has been joyous both as an admirer of drag and as someone who gets very tired of gender stereotyping. When Courtney won Celebrity Big Brother, I hope that her time in the house gave the viewing public a little insight into the kind of fluidity that is out there. I hope that insight breeds understanding and that understanding leads to the chipping away of the kind of toxic masculinity that tells boys not to cry and raises the shockingly high suicide rate amongst young men, as well as making women accept that beauty is fabulous but it is not the sum total of their worth.

Quick confession – I did not watch Celebrity Big Brother as I made a New Year’s resolution a few years ago to stop watching programmes with ‘celebrity’ in the title! I also don’t watch reality TV other than RuPaul and The Great British Bake Off! I did, however, see this clip which I loved.

Ask questions, listen, learn, we are all just a bunch of people.

Seriousness aside, I had the very great pleasure of seeing Courtney Act up close last week as I attended the filming of The Courtney Act Show Christmas Special. I can tell you nothing about it as I want you to enjoy all of the same wonderful surprises that I enjoyed at Elstree when you watch the show on Channel 4 later this month – I’ll share the air date on social media as soon as I have it. What I can tell you is that you will be able to spot Victoria Kahl and I in the audience as we were seated with the glitterati right down the front! 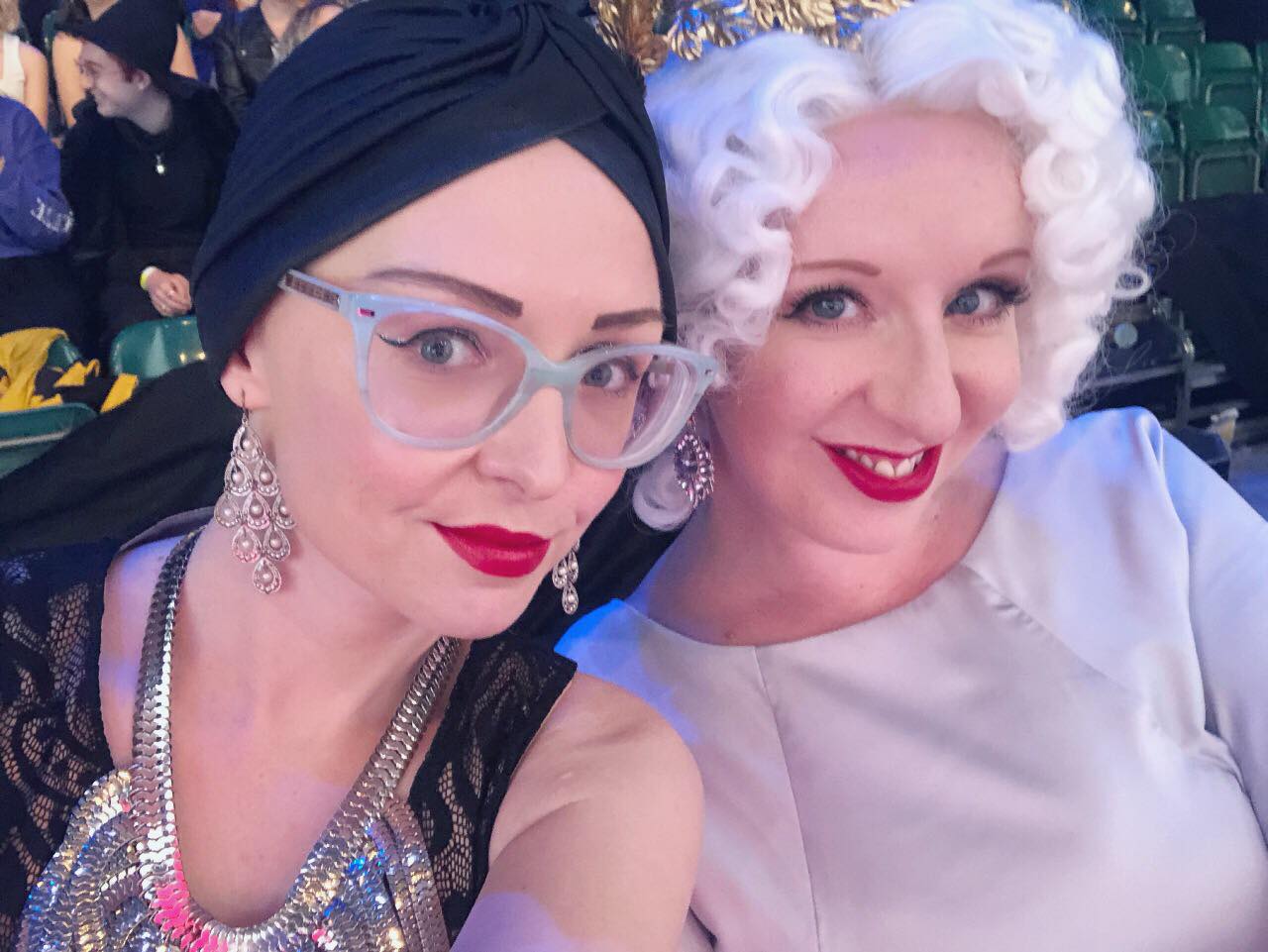 I wore the most stunning floor-length silver satin gown from Collectif and ‘hair’ by Necia Hair Styling. Well, if I was going to get into full drag for anything, it had to be this! We only got this one selfie as pictures were not allowed!

After Courtney smashed the talk show challenge in RPDR, she confessed that she would love to have a talk show when she grew up. It was delicious to watch a dream realised… though The Courtney Act Show is much MUCH more than your average talk show. This is good old-fashioned variety with a modern twist. I loved it and I think that you may too.

Unless you have absolutely no idea what I am banging on about and don’t like the camp stuff! If you DON’T like your Christmases camp as, well, Christmas, I would give this one a swerve.

For being simply stunning and a happy success story of what wonders can come of dreams followed, I would love to bake a cake for Courtney Act. Knowing now that she identifies as vegan, I will just have to make her something wickedly plant-based and ruin that ridiculous figure!