It’s times like these that make me regret not pursuing my teenage dream of becoming a big-time Hollywood film producer. The dream was always to make it to the big-time, via a series of cult indie classics and Palm d’Or winners before eventually picking up a few Best Picture OSCARS. I would have liked to have gone on to receive the Academy’s fellowship, had a BAFTA award named after me, and a huge teary-eyed standing ovation at my picture in the ‘people we lost this year’ montage when my time came.

Reality kicked my arse in a whole other direction when I graduated from my Film & TV Production degree course in 2004 when there were no paid entry level jobs available to me. I could only afford to stay in London if I worked and earned some money so I found myself in a variety of admin jobs which paid the bills increasingly well and moved me increasingly further from the film industry. I started with a film equipment hire company (hiring out the very latest high-definition cameras to the BBC et al, technology most likely present in your phone now), then went on to work with a wealthy family, in advertising, and eventually in hotels. The salary got better and better and I contented myself with my love of cinema which has never abated. How did I end up making cakes, writing about cakes, being a travelling showgirl chef? That’s another story. 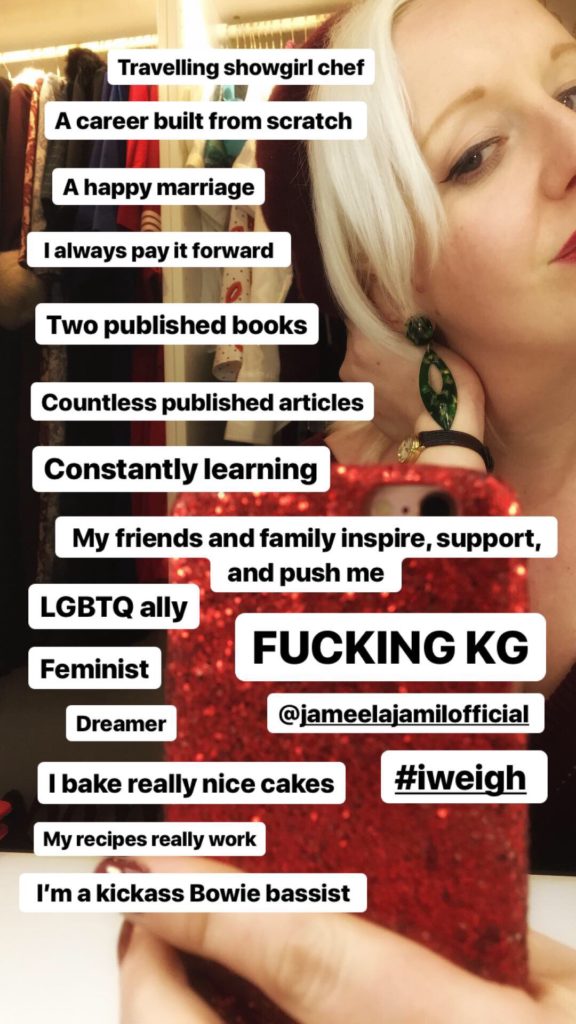 These are the things that I am proud of. Let’s just say that life is a wonderful winding journey and that sometimes it knows better than you do. I am more than happy with where I am and where I plan to go from here.

That old plan to graduate, head to LA and take any job working at MiraMax for my (one time) idol Harvey Weinstein, did not pan out as I had imagined it. Thank goodness. Weinstein is a disgusting human.

Unfortunately, there still remains within me the soul of a big-time Hollywood producer who occasionally has ideas so brilliant that they need to be made into movies. Sitting happily at my writing desk 5,000 miles from Hollywood, I lack the writer to assign this project to, the connections required to charm my choice of director, or the clout to woo my leading man into the role that will surely win him at the very least an OSCAR nomination. Are you sitting comfortably? You are about to indulge me in hearing my movie pitch. Hope you’ve got a few million to spare because, baby, this one is a winner!

I’ve been enjoying the series Catch 22 with Chris (who loves a war movie or anything about the war). Personally, I will watch anything with George Clooney in it and have loved this series so far. I am especially loving watching leading man, Christopher Abbott in the role of John Yossarian as he does his best to survive the war on an American air base in Italy.

Resplendent in his officers’ uniform and 1940s styling, Abbott truly is a handsome man but there is something more about him that means I cannot tear my eyes from him when he is on the screen; he looks like Gene Kelly.

We can argue over how much of a resemblance he bears but, honestly, I look at this young actor and every bone in my body is screaming SOMEONE MAKE A GENE KELLY BIOPIC NOW!

I’ve been screaming similarly over George Clooney and Clark Gable for many years but no-one is listening.

When you have a young actor who looks so much like such a beloved icon of Hollywood’s Golden Age, you run with it. Here is my pitch – you take Christopher Abbott and cast him to play Gene Kelly in a movie about the making of Singin’ in the Rain (Gene Kelly/Stanley Donen, 1952). Are you OK? I should have told you to sit down. 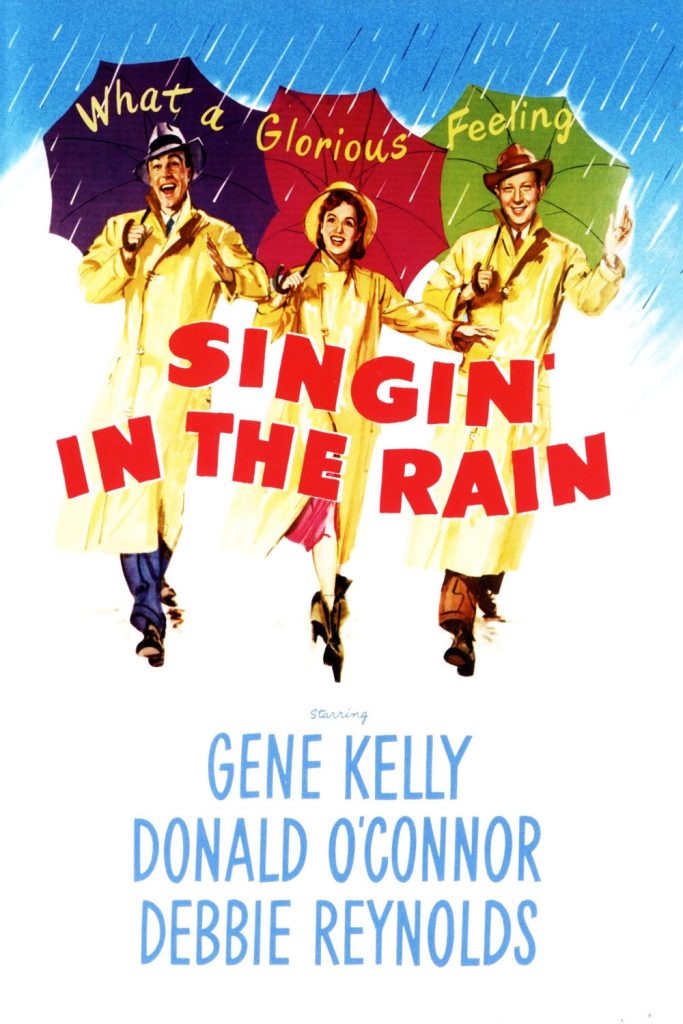 Singin’ in the Rain is a movie about the making of a movie and features in itself movies within movies. This film would not just be meta, it would be meta meta if such a thing exists. There are so many legends that surround the making of this movie that there is plenty for the writer to sink their teeth into – was Gene Kelly the dictator on set that he was rumoured to be? Was Debbie Reynolds such a horrible dancer? We know that the central premise of the film in which Debbie Reynolds’ character has to dub the terrible vocals of a famous actress is laughable because Reynolds herself had to be dubbed by another less famous actress to help with her singing! This film is ripe with the tricks that Hollywood plays upon the viewer, both those that are explored and acknowledged in the narrative and those invisible in the real-life trickery that produced the film that we see. The milk in the rain water to make it show up on camera, the repeated takes of dancing in cold milky water lading Gene Kelly in the hospital with the flu, there is so much to play with here.

I would give the film to Damien Chazelle, the director of La La Land (Damien Chazelle, 2016). That film showed that he has a deep affection for classic Hollywood musicals and I have a feeling that this would be a dream project for him. I would be happy for him to write and direct as I think the project would be in safe, respectful, and loving hands.

The really interesting search would be for an actress with the chops to play Lina Lamont in the role played by Jean Hagan. How I wish that I could act because this is the role I would want!

Aside from this being a film that I would want to see, how do I know that this film would be an absolute award-winning smash-hit if done well? Hollywood loves to watch films about itself. We also know that playing a real person is a sure-fire route to a nomination at the very least – see Remi Malik as Freddie Mercury, Gary Oldman as Winston Churchill, Christian Bale as Dick Cheney (robbed for the win in my opinion), Bryan Cranston as Dalton Trumbo (in a film about Hollywood), Eddie Redmayne as Stephen Hawking, and Benedict Cumberbatch as Alan Turing. I’ve only gone back a few years and only looked at the Best Actor award but there is at least one and sometimes two nominees each year in these roles.

I would love to bake a cake for Christopher Abbott and schmooze him into starring in my picture. I could promise him at least a nomination as well as a second slice of cake if he wanted it.

I put this out into the world in the sincere hope that someone somewhere reads this and steals my idea. Having my concept taken from me does not worry me in the slightest, I just want to see this movie in the cinema. Do I feel bitter that I am not a big-time Hollywood producer and that I failed to follow the dream I had at the age of 16/17? Not in the slightest. In fact, I read the most appropriate quote on my desk calendar today which says:

“Thankfully, dreams can change. If we’d all stuck with our first dream, the world would be overrun with cowboys and princesses.” – Stephen Colbert

I’m off to try and focus on my writing whilst desperately wanting to watch Singin’ in the Rain! I’ll settle for the soundtrack on Spotify. It’s here if you need it too.