One day, Chris asked me if I had heard of The Damned before we met.

I most certainly had. I think my knowledge and love of music that came out ‘before my time’ was one of the things that he loved about me! I reminded Chris that I had heard The Damned many years before we met… because my parents were terrible parents who thought it appropriate to let their child grow up in front of The Young Ones.

This upbringing should explain my sense of humour! I loved the anarchic antics of the Scumbag College students and I loved their mad musical interludes. This was where I met The Damned.

Excuse the low res quality of the clip. For those of you under the age of 25, this is what TV used to look like if you were lucky!

The thing that immediately strikes me about The Damned is the sense that someone told them what a punk band was supposed to look like… and they told them to fuck off.

Maybe someone also suggested that they adopt a sort of ‘uniform’ look. I doubt that suggestion went down well either. For me, they are the epitome of punk; be who you want to be and not what you are told to be.

There have been several different line-ups of the band and I have little interest in dwelling too much upon that. For me, the band are dominated by two charismatic punk icons; Dave Vanian, your dashing goth lead vocalist, and Captain Sensible, most often seen playing lead guitar and wearing a red beret.

As a fellow beret enthusiast, it should come as little surprise that I would love to bake a cake for Captain Sensible. 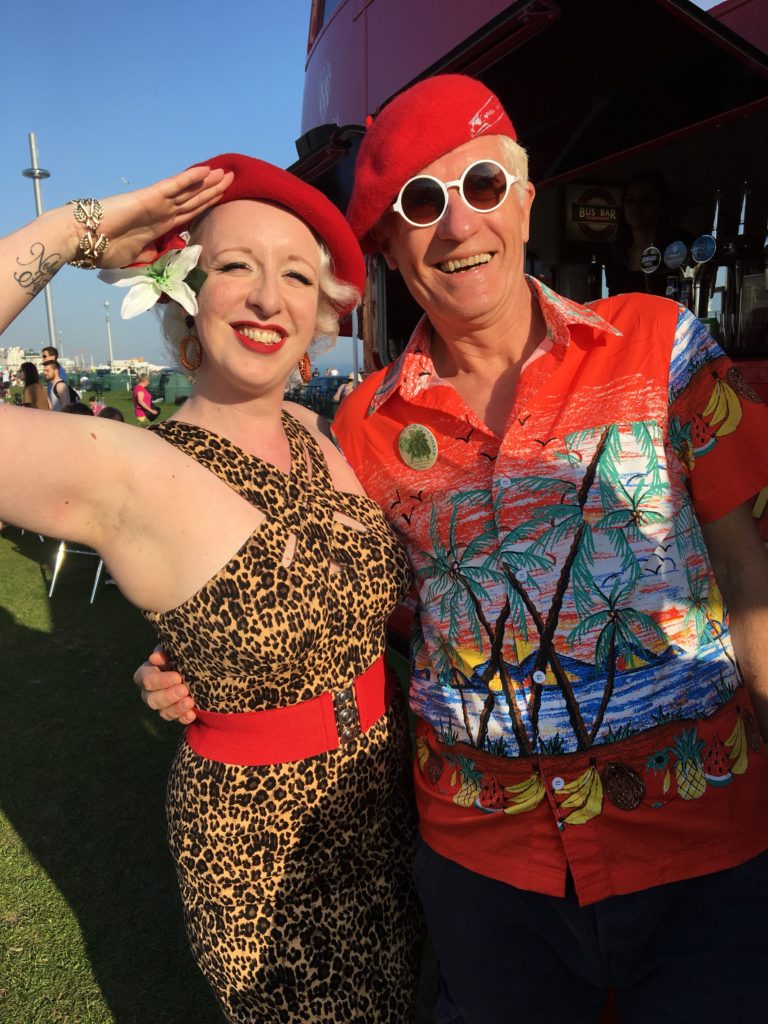 I was lucky enough to meet Captain Sensible this year at Foodies Festival in Brighton, his hometown. Meeting an absolute legend on this scale would normally fill me with uncharacteristic shyness but, for some reason, I felt completely at ease with this warm and welcoming nutcase. I think he would fit in very well with my family! Maybe that’s why I felt as if I had known him forever. I think that the opportunity to ply him with cake would yield quite the result in stories told. Boy, would I love to hear the stories he must be able to tell.

Where The Damned fell down as opposed to the other punk bands that you can name is that they carried on making music after that first album (again, the first punk album to be released) and were never slavish to the rules that were quickly outlined as to what kind of music a punk band should make. Punk was never intended to last. The ‘3 minutes and raw’ was never going to be enough for this group of musicians, it was fun but not the sum total of their abilities. We may well have seen some musical development in The Sex Pistols if they had lasted more than one album.

Then again, maybe we wouldn’t.

Despite a rumoured curse following the band  – and you’ll have to watch the excellent documentary Don’t You Wish That We Were Dead (Wes Orshoski, 2015) to hear more about that – all members are still alive and rocking. They grew up and got middle-aged rather than joining the 27 club and pegging it before 30. The band carried on making new music and released their most recent album Evil Spirits only last year. It is excellent and produced by the equally excellent Tony Visconti who I have, indeed, baked a cake for. I wondered how long it would be before these posts started to get incestuous. Two and a half years it seems. Huzzah.

What could be more punk than carrying on the music long after you were expected to fade away? Continuing to play live and delight legions of fans who have grown up with The Damned, Captain Sensible has stayed as irreverent as ever he was. I love how seriously he takes himself… not at all! The Damned always felt a little aside from punk, despite being there at its inception, by showing so little regard for what they were supposed to be like, look like, sound like. A Damned song is as likely to sound like a vaudevillian music hall romp or a stick-with-us-for-17 minutes epic as the fast-paced proto-punk you would expect.

Despite being an excellent guitarist, Captain Sensible is modest in his abilities with a regard for his own success that is deeply rooted in reality and humility:

“I’m not Eric Clapton or Jimi Hendrix, but I’ve managed to not have to go back to cleaning toilets, which was my previous job. Every day is a success for me as long as I don’t have to clean toilets.”

I was a teenage punk and what I learned from that time is that the music is eternal; I bought a copy of Never Mind The Bollocks by The Sex Pistols on CD and it genuinely annoyed my parents when I played it loud. Having been raised in a fairly cavalier style, it was wonderful to try on a little rebellion. I should say though that my parents were not offended by the music, they just thought it was shit.

There lies a magic in music’s ability to renew itself with each new listener. That first wave of punk lasted for around 2 years and the scene was centred around London but now any kid, anywhere in the world, can discover the music and experience that same impact with their first listen as if the song had only just been recorded. 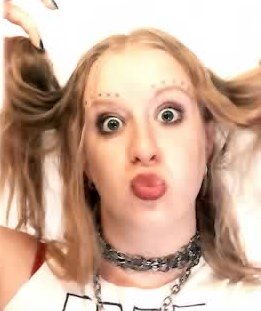 Me, being all serious aged 17. That Tshirt was homemade, hand torn, and read ‘FREE REGGIE KRAY’.

As each new generation of punk fans comes through, discovering the music fresh once more as if it had just been released, I hope that they will love The Damned as I do and remember not to take themselves too seriously.