I should begin this post with a sincere apology to my American friends as my understanding of American politics is based solely on a the following:

Because whatever you choose to do on 8th November will directly affect you, your family, and your country on a day-to-day basis, this is your decision alone. However, please understand that this election is being watched closely by your cousins here across the pond (more so than any before it), and it is a very small world these days.

Your decision is going to affect us, whether we admit it or not. And we are terrified.

I would love to bake a cake for Barack Obama.

Of all the things that we remember the 44th President of the United States (and the 1st POTUS) for, I do hope it will be that he did nothing memorable… No scandals. No affairs. No mistresses. Neither a word nor a silvery hair out of place.

No, nothing memorable at all.

“Our journey is not complete until our gay brothers and sisters are treated like anyone else under the law – for if we are truly created equal, then surely the love we commit to one another must be equal as well.”
– 2nd Inaugural Address, 21st January 2013

Just maybe, what Barack Obama has done for Gay Rights will be amongst his legacies. Totally forgettable legacies like love, equality, and freedom.

I am always moved when I hear Barack Obama speak on Women’s Rights. The obvious thing to say here is that he has a formidable wife and two beautiful daughters blah blah blah but I do not think these are essential ingredients to make a man respect women. While I wish nothing more for every little Dapper Laughs out there than a perfect baby girl, I do not think that having a daughter of your own is any more important in this issue than just not being a dickhead.

“You know, we’re in a sports center. Imagine if you have a team and you don’t let half of the team play. That’s stupid. That makes no sense. And the evidence shows that communities that give their daughters the same opportunities as their sons, they are more peaceful, they are more prosperous, they develop faster, they are more likely to succeed.”
– Speech to the Kenyan people, 26th July 2015

And having just a little bit of class.

Maybe the world will remember Barack Obama for his crazy ideas like healthcare provision free at the point of use, or his trying to limit people from running around with guns.

America, you have to understand that we are just a little island and we are far (so so very far) from perfect but these ideas don’t seem all that outlandish to us. In fact, we can’t quite understand the opposition to them. I have tried. I’ve put myself in your shoes, those who argue that the only thing that stops a bad guy with a gun is a good guy with a gun. I get it. I’ve watched enough Westerns. Wouldn’t it be nicer if no one had a gun, though?

Naive maybe. Hopeful definitely. Perhaps I have made a conscious effort to choose positivity amongst all of this relentless negativity.

Yes we can; that was the slogan that this President came to office on the back of. Can you remember that massive wave of positive energy that elected Barack Obama back in 2008? I can. It was wonderful. We felt it across the pond over here and I joined my colleagues in the conference room (I worked in an office back then) to watch him sworn in. The world felt like a place in which anything was possible.

So to thank President Obama for the sheer class that he has exhibited over the last eight years, I would love to bake him a Key Lime Pie. I would use the very best limes from the Florida Keys and bake him something sweet to enjoy once the weight of the world has been lifted from his shoulders on 9th November. 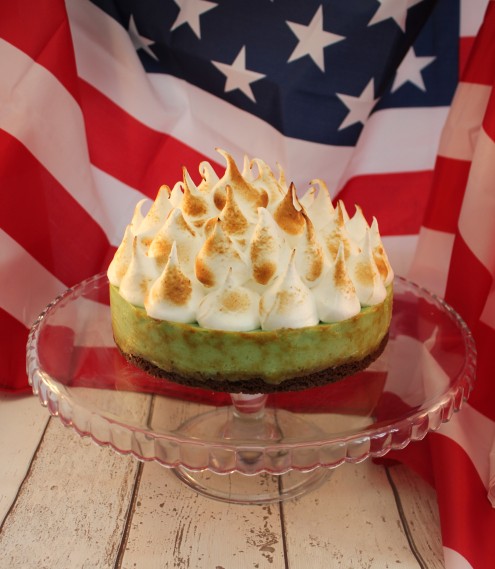 With Florida being one of the key states in this election, this choice feels even more appropriate. See what I did there? I genuinely tried to make this blog post light and funny but I am clearly far from immune from the effects of what is deeply serious stuff.

If you need to treat yourself to a little something sweet this week, just click on the picture to be taken to the recipe for my Key Lime Pie. I’ve combined my love of Chocolate Lime sweeties and Lemon Meringue Pie into this recipe and I think that you will love it.

I very much hope that this time next week I will be baking a cake for the first female President of the United States.

Special thanks to Pete Souza, the official White House photographer for these pictures. I would love to have asked permission to use them but I get the feeling that he has bigger concerns than a little British cake blog at this time. Click on any of the Obama pics to be taken to an incredible gallery curated by Pete over the last eight years.