It has been so long since I wrote, I hardly know what to say to you… how have you been?

Like so many of us, I have neglected traditional blogging in favour of social media posts and keeping head above water in a pandemic. However, I could not let the relaunch of my website pass without explaining a few of the changes that you may or may not have noticed.

Firstly, I need to say a huge thank you to Jason Kahl for understanding the very weird brief that I gave him for what I needed to convey. Believe me, if you think this is all confusing, just try having Jason’s job! I am proud to call Jason one of my closest friends and I don’t think anyone else would have been able to reflect ME online like he has done. It goes without saying that I highly recommend Jason Kahl Design for any similar jobs you may have.

I’ve been running full-time Restoration Cake for over a decade now. When I started, I was making wedding cakes for people in the evenings and at weekends whilst working a dayjob. Then I was made redundant 6 months after my own wedding in October 2011 – Chris and I never even booked our honeymoon! – and my business philosophy became one of saying YES to any opportunity that presented itself, if it interested me. When I was approached to write Burlesque Baking, I grabbed that opportunity with both hands as I had always wanted to write.

That book led to opportunities to demonstrate cake decorating and baking live on stage – well, I’ve never been averse to an audience – as well as more writing opportunities in magazines and a second book. I got to do some TV work too. Eventually I got to know the team behind Foodies Festival well enough to tell them that I thought their cake theatre could be more than it was if they let me take over the running of it… so the Cake & Desserts Theatre became my baby, and I, its drag mother. 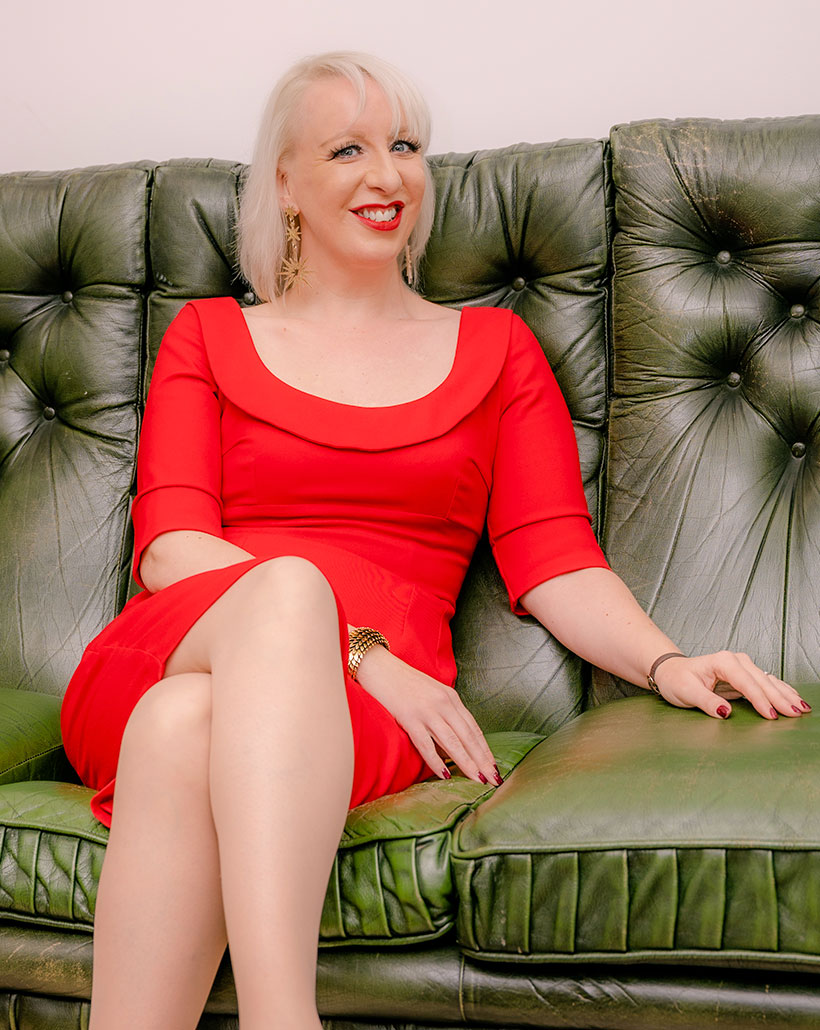 BOOM COVID! Look, we all worked in whatever way we could to get through 2020. I couldn’t be out in front of audiences so I worked with the amazing people at California Raisins to bring live baking into homes through Facebook Live. It was fun. I missed the applause but that’s a first-world problem if ever there was one. The pandemic really put an end to my baking to order, though. I was ready for that. I loved making wedding cakes and celebration cakes but that is taking a back seat for a while.

Like so many of us, I found comfort in seeing familiar faces on Zoom and I even made some new friends. Chris started listening to a podcast called History Hack in the office – they had done a whole mammoth interview with the cast of Band of Brothers and he was loving it! I started listening to a few episodes about other areas of history with him and kind of fell in love. Then Chris suggested that I contact the host, Alexandra Churchill, and try to get involved… he said something along the lines of ‘you know your shit about history,’ and encouraged me as he has done every day for the last 16yrs.

To backtrack, I named my company Restoration Cake for a reason. I have been obsessed with Charles II and the 17th century in general (there was a civil war and some amazing haircuts) for over 20yrs now. I have more than 100 books on a very small window of time in my personal library. I do know my shit. In fact, I am academically more qualified to talk about the civil war than I am about cake… I’ve got an A-level in that! Remember the name ‘Charles II’ because we are going to come back to him.

Making cakes for people came about by happy accident. I started baking seriously after university when I fell into desk jobs that made me miserable. You see, I studied film at university and had every expectation that I would graduate into some low-level production role. When I started my course, I had every intention of working with Harvey Weinstein one day so THINGS GO WRONG FOR A REASON!

All the time I was making cakes, I was also thinking about history and watching movies with a film theorist’s eye, and a lifelong love of Hollywood. It just so happens that now I am getting opportunities in all of these areas and I am not about to say no to any single one of them. Making cakes for pay was the thing that had to fall by the wayside to let me do all of these exciting new things.

Now I am hosting and curating my own theatre at Foodies Festival. Go to the events page and check out where I am going to be and when. I still love cake and love to share this love with anyone who will let me. I’ll be developing more recipes and sharing them in the recipe section – it has a really cool function where you can add any recipe you love to YOUR RECIPES so you have a file linked to this site. Believe me, this will be helpful the next time you are cooking off your phone in your own kitchen! I’ll be working with some brilliant sponsors, including LittlePod vanilla to add new dishes to my repertoire that I hope will become favourites in your own kitchen. 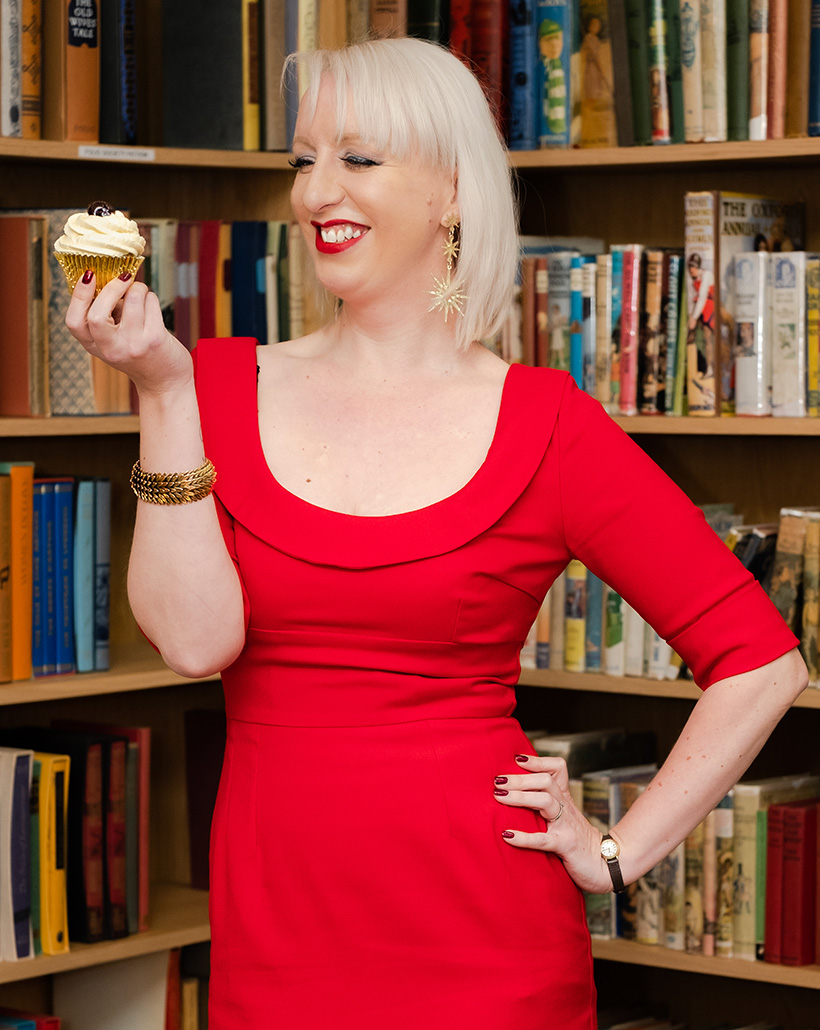 I’ll also be recording loads more episodes with the team at History Hack. My episodes will be linked to this website BUT there are three episodes each week on every area of history that you can think of so make you you are following them wherever you get your podcasts.

I am now writing regularly for Inside History Magazine, who are kind enough to allow me free reign to write about history, Hollywood, the history of Hollywood, and even trust me with reviewing some new films too. It’s a new a growing magazine which I am very proud to be associated with.

That is by no means the end of my writing projects as I have been commissioned to contribute to Iain Dale’s ‘Kings & Queens’ with an essay on Charles II. This mammoth book will feature an essay on each monarch that this country has ever had (including Oliver and Richard Cromwell!) and I am thrilled to be included amongst some really eminent historians here. The book is scheduled for release in September 2023 and I will not let you forget to pre-order it.

All of this and a historical novel too? I’m either a glutton for punishment or I really love writing. I’ll let you decide on that one. Many things may have changed, yet nothing has really changed at all. I’ve always been doing these things in the background and now is the time for them to take centre stage; I am an author, a presenter, a historian, a film fanatic, and I know my way around a kitchen!

Thank you for sticking with me. Thank you for visiting my website and for reading this. I would love to bake a cake for you all. A huge one. Grab a spoon.