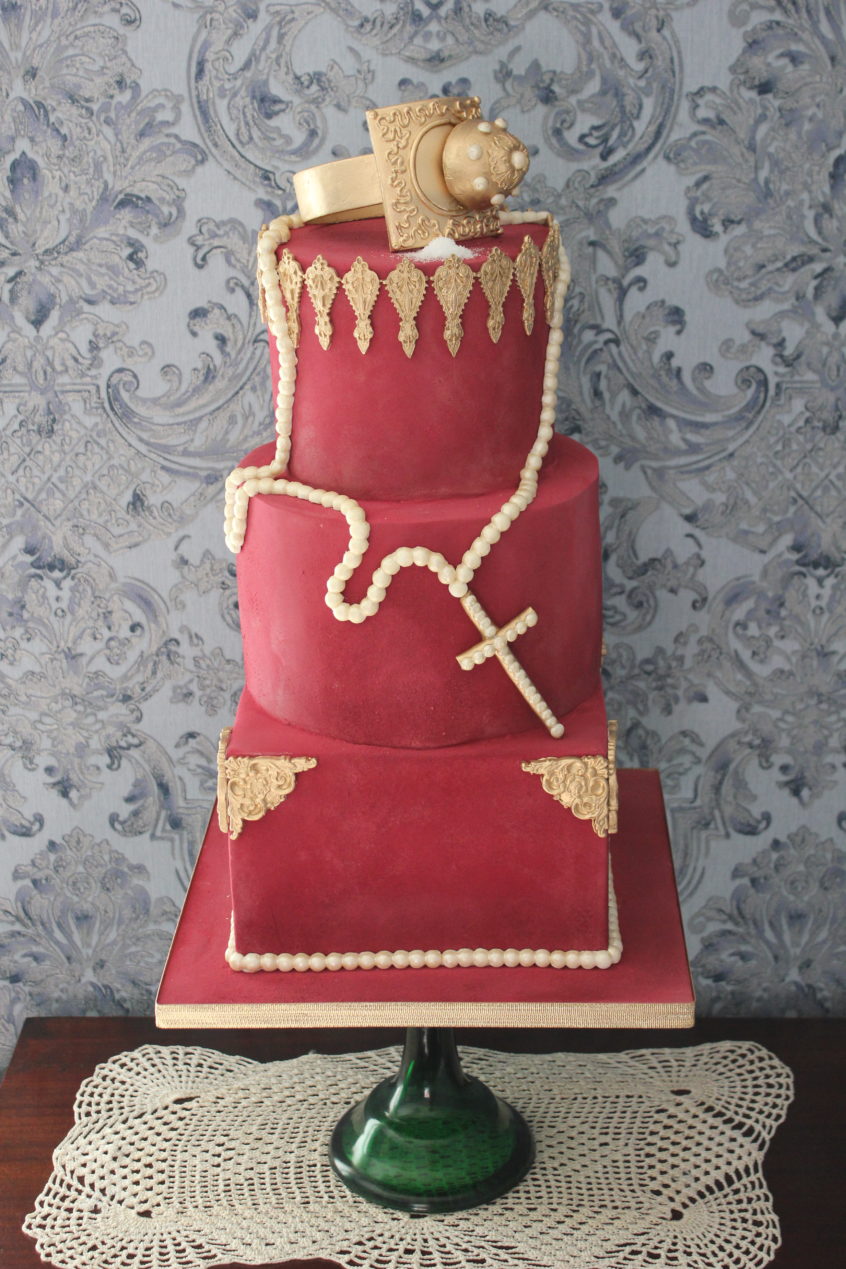 My latest cake design tutorial in the current issue of Cake Decoration & Sugarcraft Magazine is full on gothic glamour for Halloween. When I thought about Halloween and a suitable historical figure to embody all things spooky, I immediately thought of Lucrezia Borgia.

Whether or not Lucrezia Borgia was the poisoner that history would have us believe, the truth is entirely irrelevant where a good story is at stake.

Lucrezia was the youngest child and only daughter of Rodrigo de Borgia, a man who rose through the ranks of the Vatican to become Pope Alexander VI. As Pope, Alexander was preceded by an Innocent and succeeded by a Pious; the Borgia Pope was not reputed to possess either of these qualities. 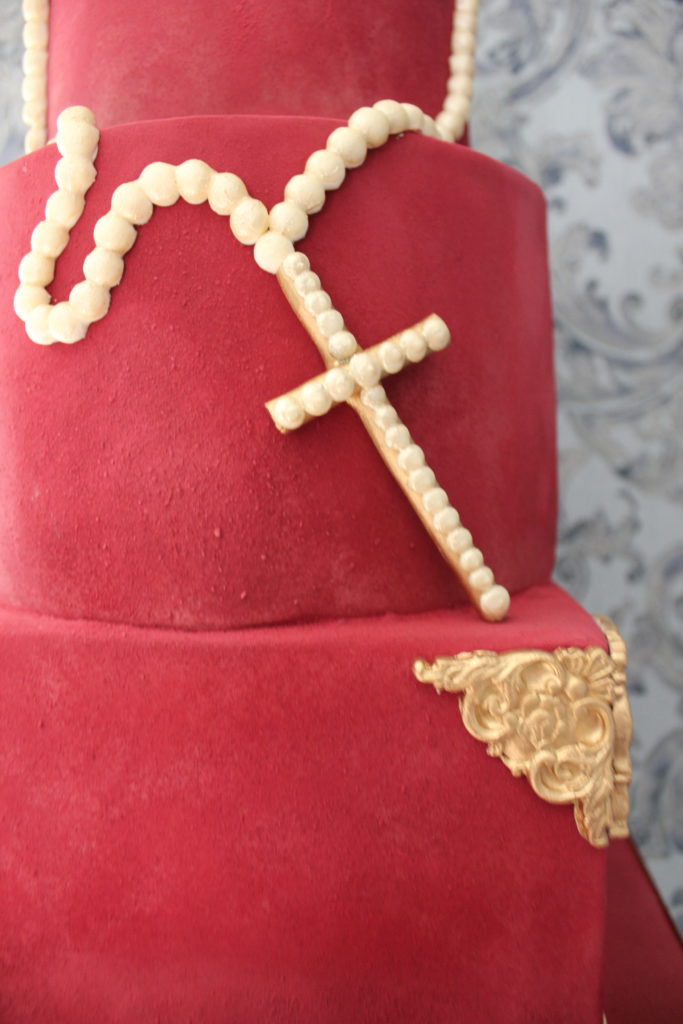 Legend has it that the Borgia family lied, cheated, murdered, and married their way to power in Renaissance Rome. The weapon of choice for any civilised assassin was poison; this being easily administered to an unsuspecting victim in their food or wine, the effects being delayed rather than instantaneous and cause of death being very hard to prove. Poison was neat and efficient.

Despite very little contemporary evidence of her life or person, Lucrezia Borgia is the name that we most identify with this scandalous dynasty. We have so little of her, barely even a portrait that all scholars can agree upon as being certainly of her. We know that she was regarded as a great beauty and we know of her marriages as a matter of record 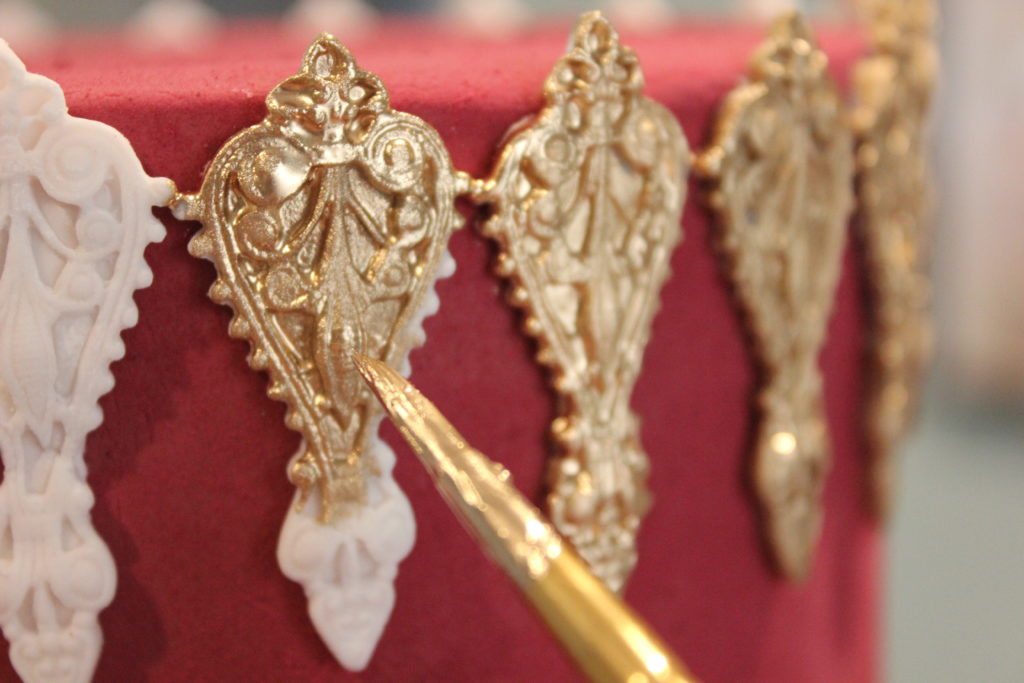 As such, with her being such an enigma, I would love to share a glass of wine, ask her about herself, and get to know the woman behind the mythology. If I didn’t wake up the next morning, I would consider the party worth the risk! In Lucrezia’s honour, this cake is topped with a Poisoner’s Ring; jewellery with a secret compartment to make poisoning easy and stylish to boot. I’ve used a simple white sugar for my poison. I tried to find out what poison looks like by Googling it with no result other than presumably to get my IP address flagged up as a potential killer! 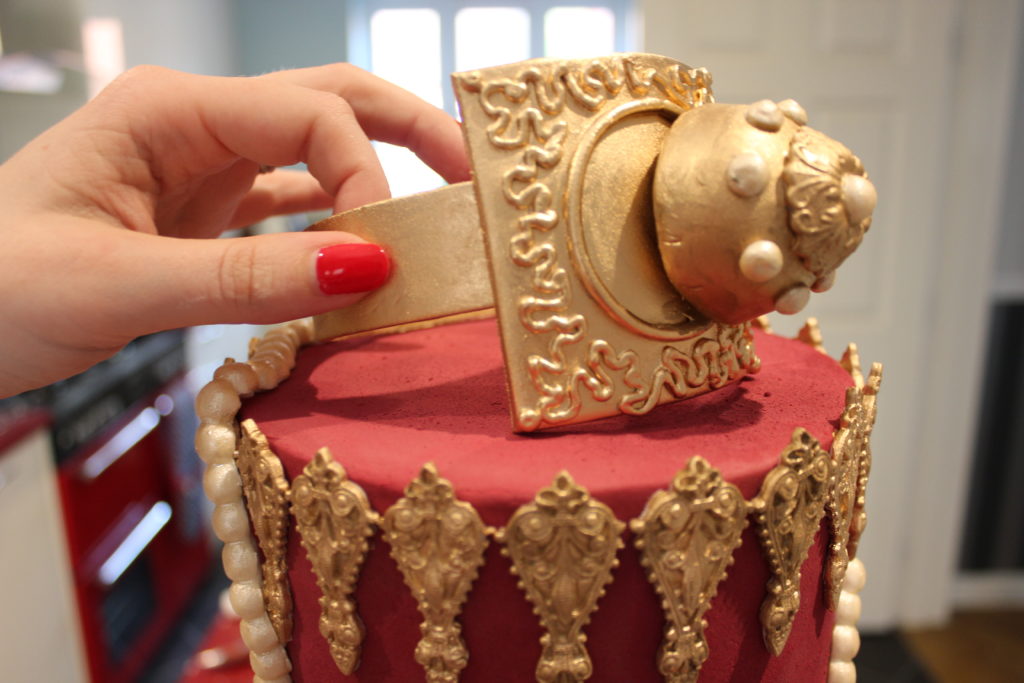 You can pick up a copy of the Halloween issue of Cake Decoration & Sugarcraft Magazine at your local magazine selling establishment OR you can click here or on any of the pictures above to view the full tutorial for free online! I can’t say fairer than that. Is it Halloween yet?