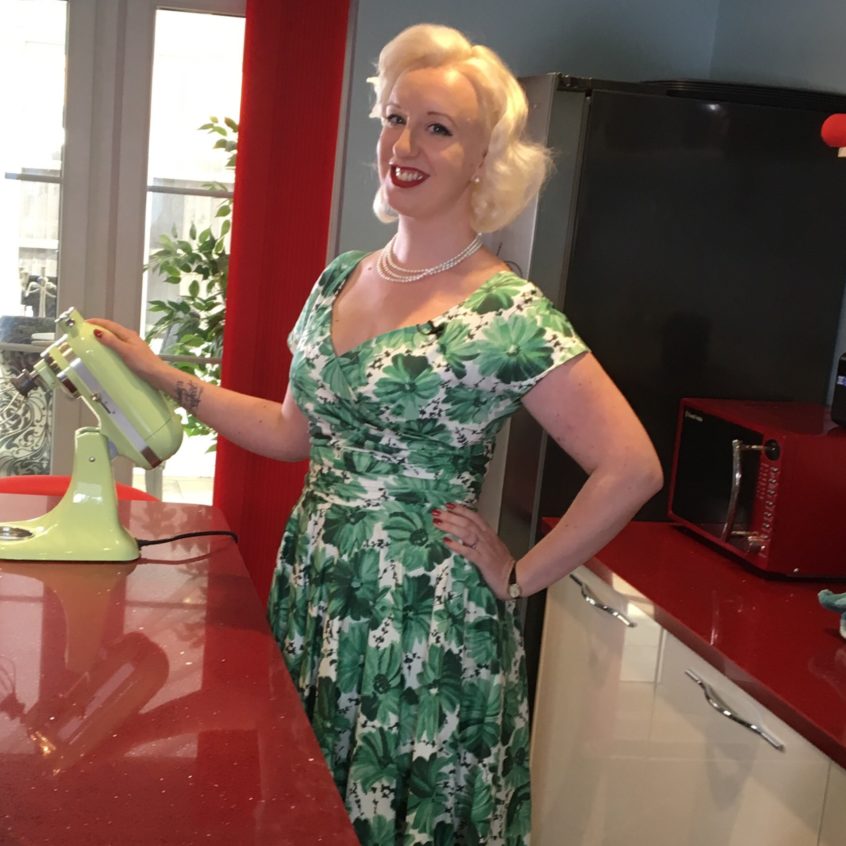 It’s been a big year. Lately, in discussions with friends, I’ve found myself saying “terrible globally, great professionally.” I’ve almost felt guilty for admitting to myself that it’s been a pretty good year – in spite of tears shed in front of the news channels on more than one occasion.

It’s been such a big year that I had to split it in two to review. Part 1 is here if you want to catch up on January to June.

July kicked off with a brand new website and a whole new look for Restoration Cake. Designed by Jason Kahl, I finally had a place that reflected my brand AND a space to communicate and write through this blog. You may have gathered by now, if you are a regular reader, that I love to write! 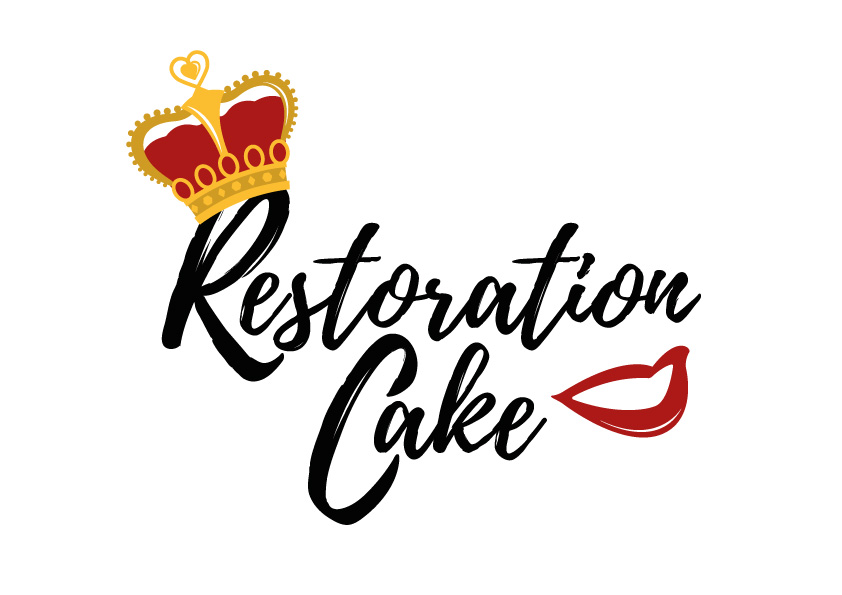 I simply adore my new logo, not only because it features a graphic of my own lips (yes, those are a redering of my own pout!) and a crown inspired by Ru Paul, but it just feels so very me!

The summer months were spent out on the road with Foodies Festivals around London and, for the first time, up in Edinburgh – where I was lucky enough to experience the opening weekend of the Edinburgh Festival. Needless to say, I am completely hooked and cannot wait to go back in 2017. I saw Deliciously Stella’s amazing one woman show and laughed until it hurt. 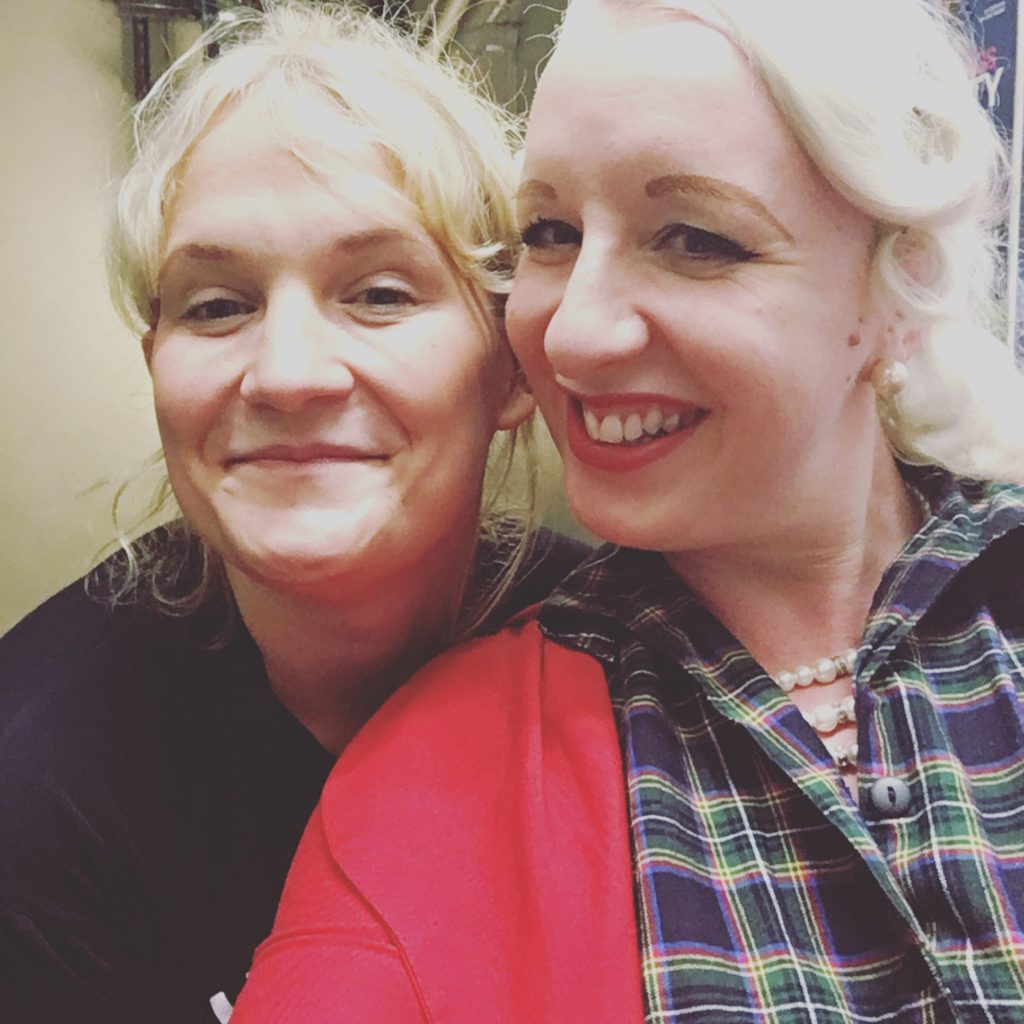 Meeting so many of you at Foodies Festival has genuinely been a highlight of my year. I also returned to The Goodwood Revival with the Kenwood team to bring my retro baking stylings to the biggest vintage festival in the UK. I have learned just to say thank you when visitors compliment me on my ‘costume’ because they have no idea that I dress like this all the time! A risky undertaking when whipping up Chocolate Mud Cakes! 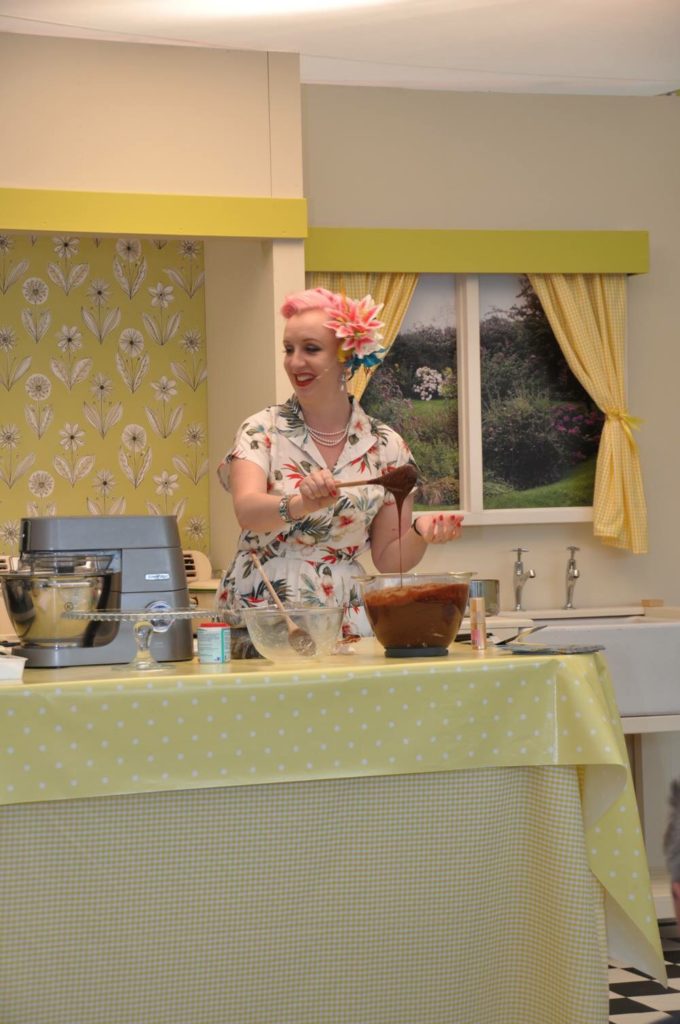 I also got to meet loads of cake decorating and baking enthusiasts at The Cake & Bake Show in London and Manchester. In London, I was even lucky enough to be one of the judges of the Cupcake Decorating Competition and I left inspired by the serious talent that there is out there. As cake designers and bakers, we are constantly learning from each other and picking up new techniques and skills so I want to thank everyone who entered a competition this year for sharing your skills and inspiring us all. 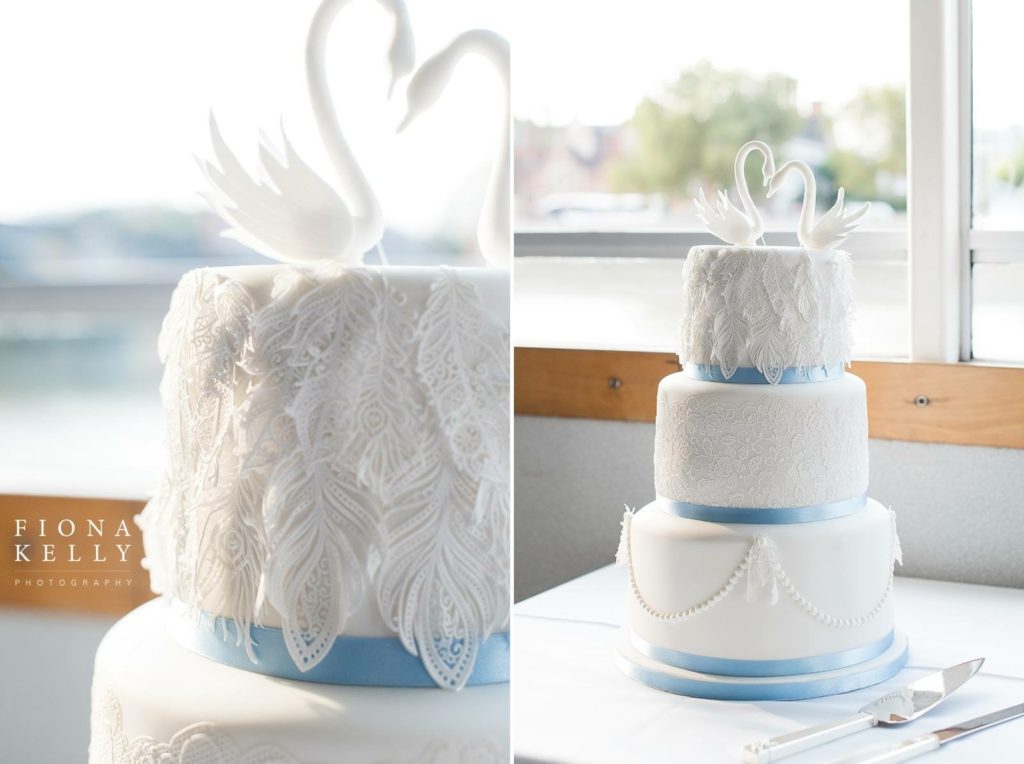 The second half of my year was where it went a little crazy in the Wedding Cake department! Every year, I joke that if my couples could co-ordinate their wedding dates a little better then I would have a wedding each weekend, nicely spaced out… it never works out like this! I had one mad seven days in which I created four Wedding Cakes and appeared at a food festival. Thanks to a supportive team and some serious preparation (all those sugar decorations can be made well in advance) I survived the busiest week of my career. 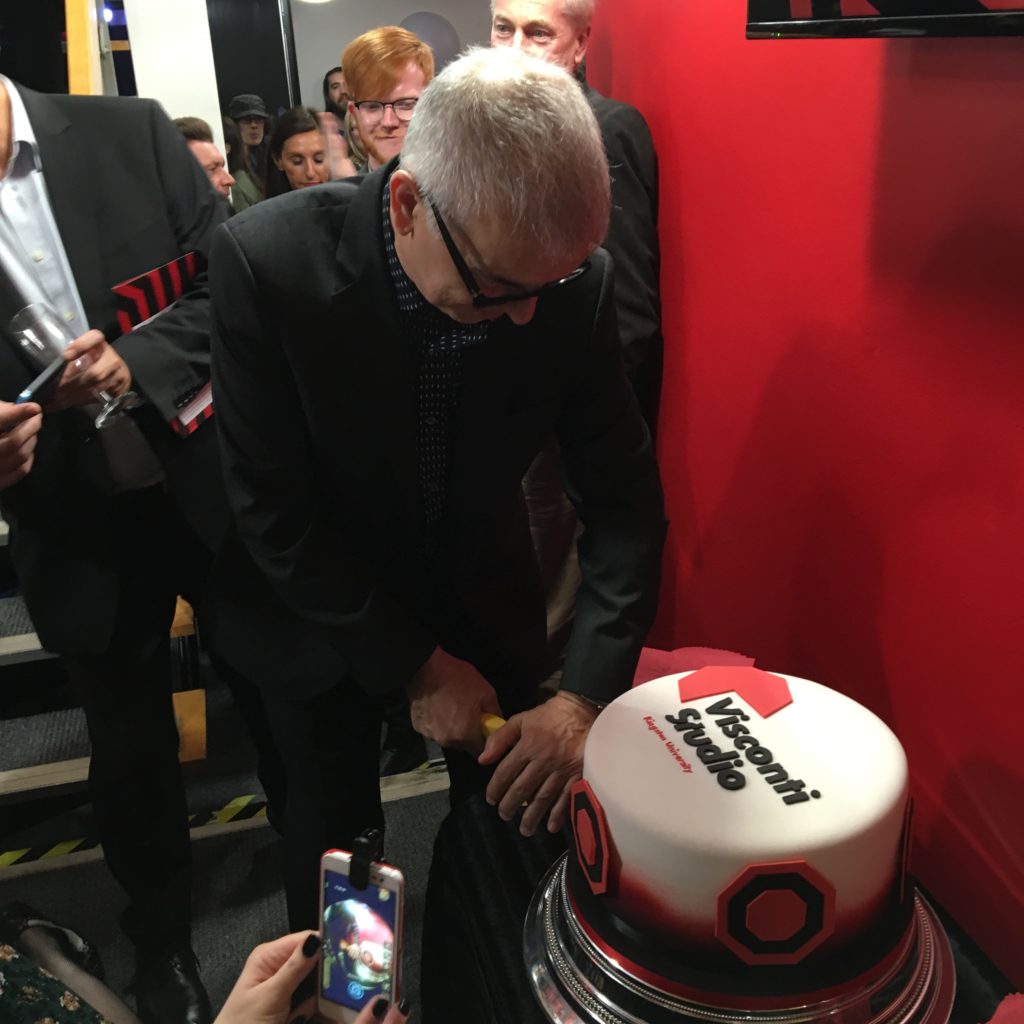 A personal career highlight came in September, when I baked a cake for the opening of The Visconti Studio at Kingston University. Meeting Tony Visconti, a true musical hero of mine, was a pleasure. 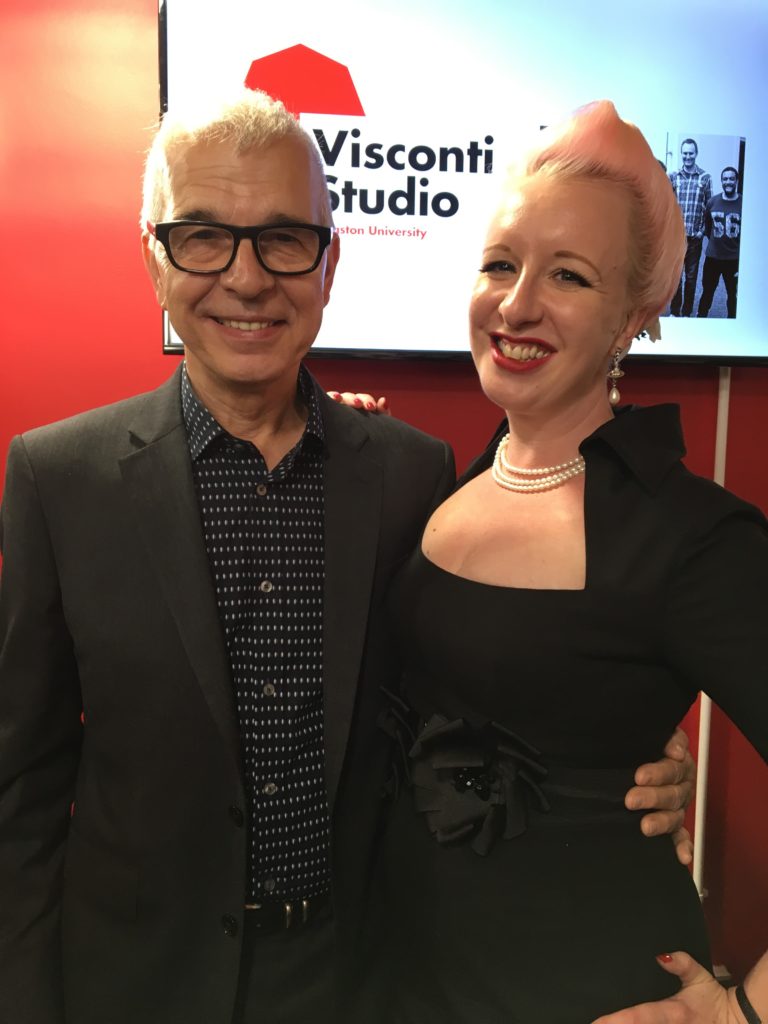 Tony was even kind enough to sign a copy of the poster that Jason Kahl designed for my first ever World’s Biggest Coffee Morning event for Macmillan Cancer Support. We raised £500 for Macmillan over the course of one day and two events, including our rock’n’roll raffle! 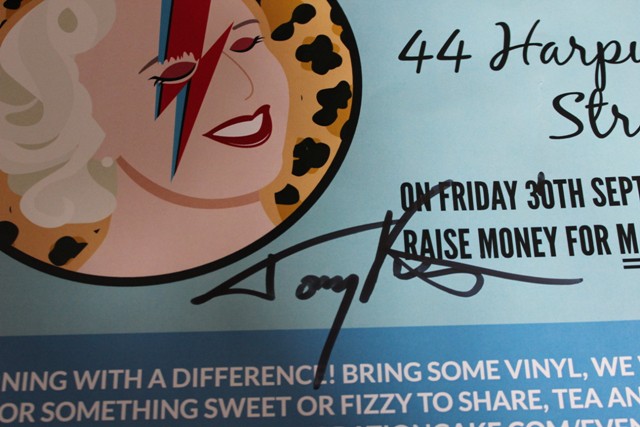 At the end of September, we broke ground on a kitchen refit. When Chris and I moved to Bedford, nearly two years ago now, our house was perfect except for the kitchen – far from just not being to my taste stylistically, it was far from fit for purpose. I’m guessing that the previous owners were not trying to run a cake business from home! 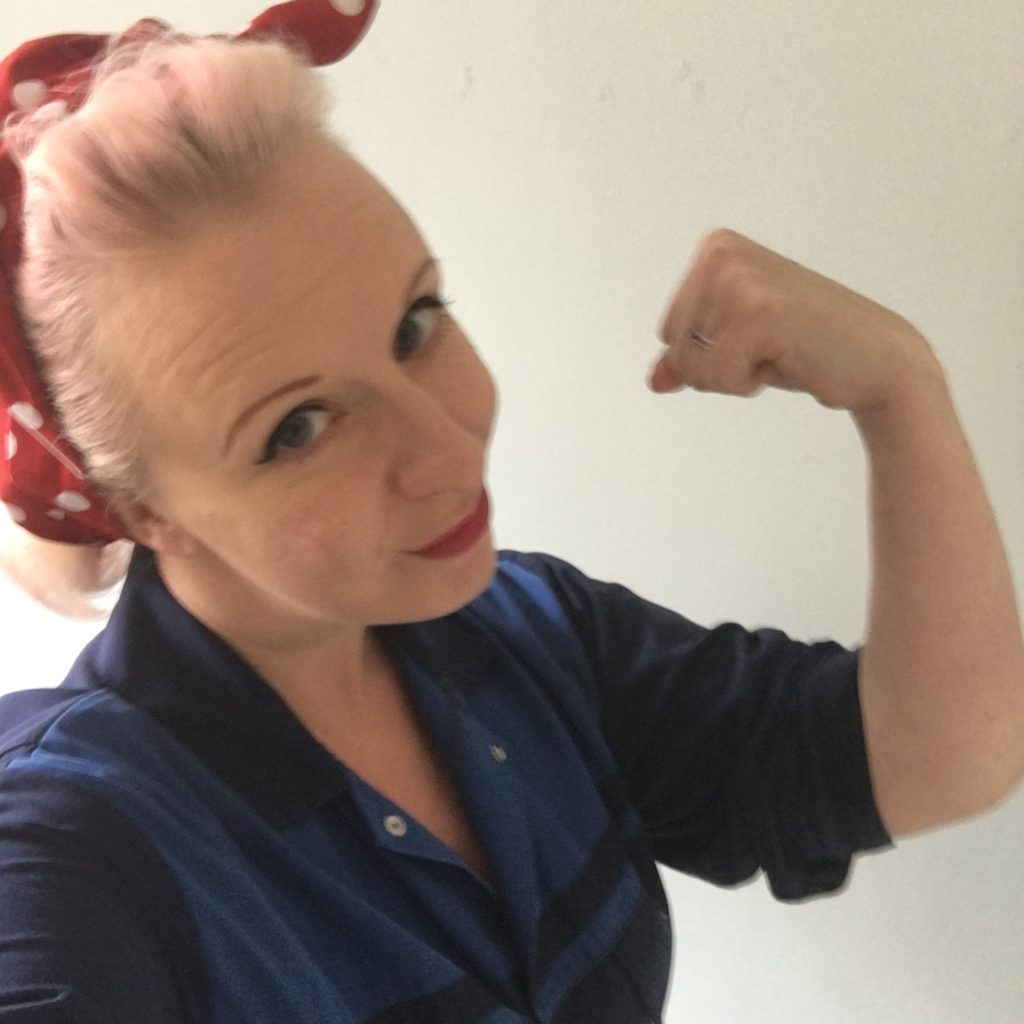 The fantastic design team at Wickes helped me turn my existing kitchen/diner into an amazing workspace. Cream gloss units topped with glittering red quartz make me feel at home, whilst the increased worksurface and storage space mean that my kitchen actually works now. It is a joy to be in there, baking, decorating Wedding Cakes, and filming for my new YouTube Channel. 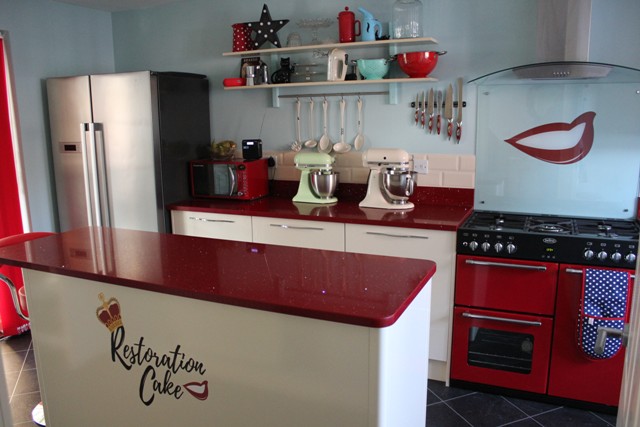 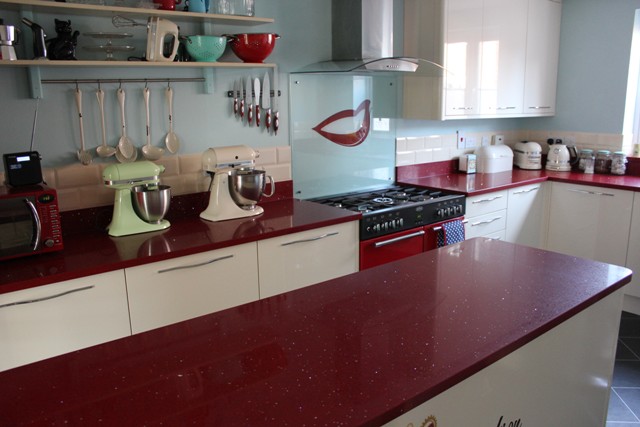 Yes, that is finally up and running. I set myself the goal this year to get the YouTube up and I did it! You will probably be thinking ‘well, duh, you could have done that in January’ but you must understand that, until the kitchen was built, I had literally nowhere to film. The kitchen refit was very much part of the equation and I am so proud that this is now in place.

You can subscribe to the YouTube Channel by clicking here. It is completely free and means that you will receive videos as soon as they are uploaded. You will also be able to comment directly on the videos and let me know what you would like to learn in the future. I want to share as many recipes and cake decorating hacks as possible in 2017 – with the help of my awesome director, Emily Porter, I think you will be kept entertained and hungry for many months to come!

You probably need to put your phone/tablet/laptop down now and get on with family stuff so I am going to sign off with one last huge thank you to you all for your support in 2016. Stick with me.